On March 27, 2020, the Coronavirus Aid, Relief, and Economic Security (CARES) Act was passed to provide fast relief in the wake of the coronavirus pandemic. At $2.2 trillion dollars, it became one of the largest economic stimulus packages ever passed.

It included loan provisions, stimulus checks, and extended unemployment benefits, among other things – which all made the news. What got lost in the news cycle, though, was the opportunity to give away 100 percent of your adjusted gross income (AGI) in qualified charitable contributions and avoid paying federal income taxes on it. We have created a fictitious case study about Clive Nichols and his wife, Maria, who did not miss this opportunity, so you can see how it might work for you.

Giving from assets opens the door for greater generosity (without opening up your checkbook). Clive and Maria used their 401K. But there are many other ways to give using assets.

A 2020 opportunity for the Nichols family

At 62, Clive is an experienced financial analyst and is savvy with his money. With his six-figure salary and some other investments, he’s been able to save a solid seven figures for retirement, an amount several financial advisors have already confirmed was more than he and Maria will ever need.

Clive and Maria have also been blessed to help with their children’s financial needs along life’s way by occasionally assisting with education expenses, home down payments, and even helping one of their children start a small business. Together, they share the belief that leaving an inheritance is something they wanted to enjoy doing during their lifetime and not just after death. So, while they do still plan to leave part of their estate to their children, they also want to give a portion to their Giving Fund to provide ongoing grants to the charities they love to support.

They talked with their financial advisors about this. They learned that leaving 401(k) money to their children can be difficult because the children have to pay taxes when they withdraw the money from the account. They decided it would be better to pass on other assets to their children, assets which wouldn’t incur such high taxes. So they had been considering gifting the unneeded money from Clive’s 401K for ministry.

But since Clive had learned from an advisor about what the CARES Act allows this year for giving, he saw another opportunity. Clive and Maria had been talking with some friends about giving together to get the Bible translated for a people group who had never had the Bible in their own language. They’d been long-time givers to Bible translation, and they’d prayed about this opportunity. The felt sure that now was the right time to give a larger amount. They agreed on a gift of $300,000.

In the past, Clive and Maria had given only with their checkbook. Giving from an asset was new to them, and the opportunity was unique. They felt an excitement and anticipation they had not felt before, knowing this Bible translation project would likely be completed in their lifetimes and that they would get to witness it.

It should be noted that this opportunity is not for everyone. Clive is over 59 1/2, so he is not subject to early withdrawal penalties, and he and Maria had more than they needed for their current and future personal financial needs. Those who have not saved excess for their retirement would do well to consider the various other options for giving.

Here’s how it works

Clive and Maria then give the $300,000 in addition to their normal $60,000 charitable giving.  They receive a tax deduction for these gifts.  Even though the combined giving amount is more than they could typically deduct in one year, the CARES Act 100% AGI charitable giving opportunity results in them owing no additional federal income tax on their 401K withdrawal.

In the end, Clive and Maria are able to be more generous than they ever thought possible and receive an enormous tax deduction for doing so. They get to see some of the fruit of their gift in their lifetime and involve their children in it too.

If you’d like to take advantage of this opportunity, contact your financial advisor or, for more information about giving from your retirement plan or from other assets, contact your local NCF office. 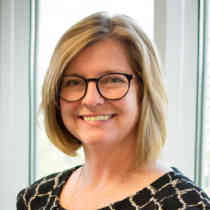 Jeanne McMains has been a practicing attorney in the areas of estate planning, business succession, and nonprofits since 1995. She currently serves as the senior vice president of gift planning with NCF, where she assists families nationwide with achieving their charitable gift planning goals.

Collaborative giving 101: Are you called to this?