Jonathan and Callie Rich have their hands full. With five children under the age of 10, and a growing real estate business to run, you’d think that they wouldn’t have much time for thinking strategically about giving.

But with the help of their Giving Fund, they’re empowered to build generosity through their business. In the process, J. Rich Atlanta and their clients are helping everyone from adoptive families to thirsty Ethiopian villagers and Syrian refugees to lead full lives, too.

While their days are vibrant and fulfilling today, daily life a decade ago was very different. At 25 years old, Jonathan found himself struggling with an undiagnosed autoimmune disorder, which hit him worst right when their first son was born. Jonathan says, “I was short of breath and could barely get out of bed. I was having hallucinations, blurry vision, and my knees were so swollen that I couldn’t even bend them.” He tried all types of conventional and alternative treatments with no results.

Finally, after five years of suffering, a friend led him to a new doctor and he finally found a treatment that put the disease in remission. Callie says, “That was by far the hardest journey that we’ve been on. We only got through it by putting one foot in front of the other, one day at a time.”

Perhaps it was this challenging ordeal that strengthened the Richs’ resolve to pursue a life of purpose. Jonathan says, “Real estate is our career at this season in our life, but really it’s just a vehicle for the purpose and impact that we are trying to create in our neighborhood, our community, and in our city.”

Jonathan and Callie live and work in Atlanta’s diverse, intown Kirkwood neighborhood, where the office of J. Rich Atlanta is housed in a bungalow right next door. They believe investing in their community is integral to their faith. “The church is not an evangelical gathering that happens on Sunday morning,” Jonathan says. “The church is a community of believers who are gathering together, and then trying to encourage and develop the community around them. As Christians, community is where we live. The work that we do, in the place that we live, is really important.”

“Where we choose to live matters.” 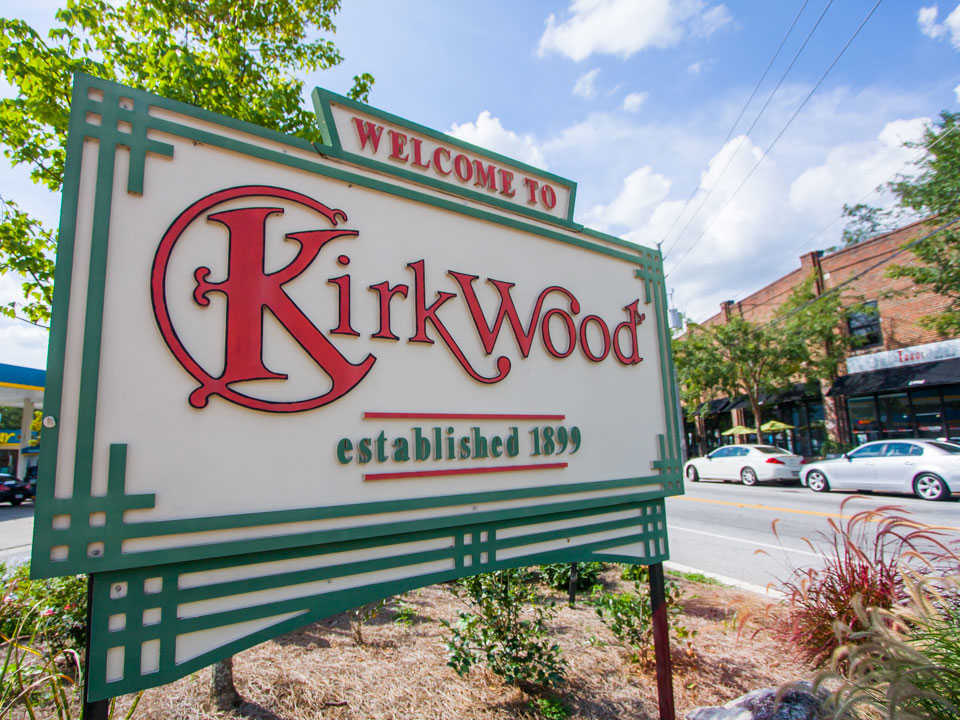 Jonathon loves to challenge neighbors to a game of ping ping in his local park.

The Richs have five children, from 18 months to 10 years old, three of whom are adopted. Callie, a former labor and delivery nurse, says, “After our first son was born, the Lord put adoption on our hearts. We adopted our first daughter, and it was such a humbling, beautiful journey that we knew it would become a larger thread in the fabric of our family’s story. We became large advocates of adoption and it’s a cause we love to champion within our community.”

“I remember a huge turning point for us was when we realized that if we were really pro-life, we must also necessarily be pro-adoption. Not everyone is called to adopt. But if you come from the perspective that all life is valuable, then you need to be willing to participate in the nurturing and care for that life when it comes,” Jonathan adds.

“The bottom line is we realized that we couldn’t sell enough houses, give away enough money, or build an organization that would have any greater impact than just being good parents.”

“Teaching our kids to love the Lord, love the church, and love each other, is the primary work we are called to do,” says Callie.

While their passion for adoption led to a personal love for giving toward others’ adoptions, they decided to focus their business giving on four causes. The causes that we want to anchor the story we are telling are: the thirsty, the fatherless, the homeless, and the underserved,” Callie says

These goals inspired them to support underserved youth through educational programming with both the East Lake Foundation and Ron Clark Academy. Charity: Water is also a long-term partner, and J. Rich Atlanta has helped build three large water wells in Ethiopia that serve almost 600 people each. They also partnered with Preemptive Love Coalition to help rebuild some of the first homes in Aleppo, Syria for returning refugees.

But they want to do more. “Our hope is to leverage our influence and impact with our clients and within the real estate community to connect others to the good work these organizations are doing,” Callie says. “It is about giving the money, but it’s also about helping others to engage with charitable organizations that are doing really good work. We say it’s an invitation into the stories of those making life brighter.”

The National Christian Foundation (NCF) enables them to do that. “We were first introduced to NCF through our financial planners, who recommended that we open a Giving Fund to simplify our personal giving,” explains Callie.

“When we looked at options for our business giving model, we realized that we didn’t want to start our own foundation. We really just wanted to give money to organizations that were already doing really good work. NCF was the best choice to help us do that with transparency, simplicity, and a good level of accountability. All of the partners that we wanted to recommend grants to were available through NCF. So we opened an account at NCF, and called it the Brilliant Fund.”

As a company, J. Rich Atlanta gives 10 percent of their revenue to the Brilliant Fund. From there, they recommend grants quarterly to charitable partners they’ve identified. Then, they share those partners with their clients and try to connect them with the good work being done by those charities.

Some of their clients had never given to a charity before.

The Brilliant Fund gives J. Rich Atlanta a way to help their clients experience the gift of generosity. Jonathan says, “It’s exciting to say because you purchased or sold a home with us, you got to participate in this bigger story. Our ultimate goal is that there would be a ripple effect, and in the next five years, our clients will get personally involved in the organizations that we support.”

Callie adds, “We work to identify a quantifiable result with the funds granted so we can very specifically say to our clients, you were able to provide 200 reusable diapers to babies in Haiti, or you were able to provide clean water to 600 people through the creation of a well. We hope to inspire our clients and our community about the possibilities for making an impact.”

Last year, a couple bought a house with J. Rich Atlanta while the company was supporting Preemptive Love Coalition. Jonathan says, “Our clients knew about Preemptive Love, and they were blown away, because they would have never been able to give the amount of money that was given through Brilliant as part of the home-buying process. They were so happy that they got to participate in such a significant way.”

Over the next 10 years, J. Rich Atlanta has set a goal to give away at least $2 million. But Jonathan and Callie are quick to add that monetary goals and metrics are not the measure of their success. Callie sums it up this way: “We never set out to have an influential business or a large family. I think it’s come down to simple obedience, just putting one foot in front of the other and letting the Lord tell a story that is bigger than us.”

NCF is a charitable giving ministry that provides innovative, tax-smart giving solutions for Christian families and their advisors. Since 1982, we’ve sent more than $13 billion in giver-recommended grants to 63,000 charities at work in disaster relief, Scripture translation, adoption, homelessness, education, and countless other causes.

Foster care is becoming a Christian priority – just in time

You have a story worth telling: Here’s how to steward it well

Time: A key to shaping a family legacy

3 questions that could change your legacy