The last year and a half has been a wild ride. But there’s a bright spot in 2021 that’s about to sunset. Under the CARES Act, you can give up to 100 percent of your adjusted gross income to maximize tax savings and give more to the causes you love.

To do this, your donations must be in the form of cash gifts made directly to the charities you wish to support (not your Giving Fund). And while you may want to give some of your support to charities before the year-end, you might feel that others would be better off to receive your support more gradually over time.

But unlike a Giving Fund, which enables you to recommend grants to multiple charities, your grant recommendations for a Single-Charity Fund must go to one single identified organization that you’ve named as the beneficiary of the fund. For that reason, you may wish to set up multiple Single-Charity Funds if you know that you have a number of charities you want to support, but want to take the time to prayerfully discern when those resources should be made available to each one.

This type of giving is also beneficial for anyone wanting to set aside a sum for one specific ministry, which can be granted over time. The charity must be declared when the fund is opened, and the Single-Charity Fund ensures that distributions will always be granted to the named charity

If you have questions about the Single-Charity Fund at NCF and how it might further your giving goals for 2020, please reach out to your NCF team today. If you don’t have a local team, visit ncfgiving.com/locations to find an office near you. 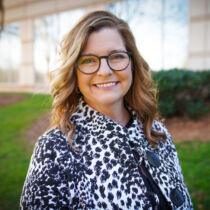 Jeanne has been a part of NCF for 18 years and has a passion for helping givers and their families create and achieve their charitable-giving goals. Jeanne serves as the executive vice president of offerings and marketing and oversees the end-to-end NCF experience, ensuring it is executed with excellence throughout the organization.