If we listen closely, even our own Christmas songs will remind us that Advent is not only about looking back to the miracle in the manger. It is also about looking forward in hope. Advent is bigger and broader than most people think.

The celebration of the festival of Christmas is out of proportion to our celebration of Advent, so much so that many Christians don’t celebrate Advent at all. But Advent is important. The word “advent” means the coming of someone or something notable. For Christians, Advent is the season of anticipating and celebrating the coming of Christ, but not only once. We remember one Advent while we long for another.

And it is this longing in the season of Advent that hints at why we sometimes still feel like something is missing when Christmas is over.

I remember Christmas as a child, the Sears catalogue with all the toy sets and all of the anticipation. One year, my aunt and uncle sent me a wrapped Christmas present two months early. It was awful, because I couldn’t open it until Christmas Day. Every day, I was handling it and wondering what was in the thing. For a kid, that’s part of the anticipation of Christmas, the waiting, the hoping that it’s something really good.

You can imagine my disappointment when I opened it, and it was a belt!

We are longing for something that even Christmas cannot fulfill.

But that happens at Christmas sometimes. Doesn’t it? Christmas is a letdown for many people. Sure, you get some good things you like. But when you’re still sitting there, and everything has been opened, there can be a feeling of letdown. There are more people who get depressed at Christmas time than any other time of year. Part of it is the season, sure, but I think it is also because of the expectations. We are longing for something that even Christmas cannot fulfill.

I think people are looking for something that is not on earth, like Paul says: they are reaching out for a home that is not made with hands, not part of this creation (2 Corinthians 5:1-2). We are longing deeply for something eternal. God has planted eternity in our hearts, and even the Christmas story cannot fulfill that longing. We have minds and imaginations that nurture the longing, and everything this world offers just falls short.

Joy to the world, the Lord is come
Let earth receive her King;
Let every heart prepare him room
And heaven and nature sing,

The truth is the Christmas story doesn’t satisfy completely, because it is not the whole story. It’s just a big piece of God’s greater story, the story of all stories, the story in which our lives are embedded. The greater story does satisfy, because it is filled with the knowledge not just that the Lord has come, but with the hope that he is coming again. It is filled with the real hope that he will fulfill our longings, that he will love the unlovely, heal the brokenhearted, proclaim freedom to the captives, bear the weight of every pain and fear, conquer every sin, that he will overcome evil with goodness and death with life forever.

Christmas happened in the past, but we are still living within the story, waiting between the two Advents of Christ. At Advent, we “prepare him room,” in our hearts as we wait in anticipation. This anticipation should fill the whole season and remind us that our longings exist for a reason, that they might be met in the One who came and is coming again.

Anticipation should fill the whole season and remind us that our longings exist for a reason.

The work of Christ transcends time. It is retroactive as well as proactive. Jesus is working still, and he promised us he would return. When he does, our story will take a sudden, joyful turn, what J. R. R. Tolkien called a “eucatastrophe.” It is a catastrophic eruption in human history for good, the kind that happened in Bethlehem and at the cross. There is nothing like it in pagan myth. It is utterly and absolutely unique in all the world.

Amazingly, we have been redeemed. You and I are carried back into the time of his death, burial and resurrection. Our identity with Christ is so rich and profound that when he died, we died (Romans 6). We have been buried with him through baptism into death, and will become like him in resurrection as well.

The mystery of the first Advent is the incarnation, when the second Person of the divine trinity took humanity into himself and became one with us. It’s a deep and profound mystery I cannot even begin to grasp. The one who holds the cosmos together, the one who spoke them into being, the “Word became flesh and dwelt among us!” (John 1:14). It is impossible for us to imagine, really. God, who is rich in mercy and full of love, sent his Son to live with us and to die for us. It is inexplicable. It was unmerited, unwarranted, total grace. I cannot fathom it, but it is true.

John 1 says that the Creator of the universe – who existed before there was space or time or energy or matter – came to be with us. This is the God we love and serve. He is the One who came as a baby to grow and teach us, to woo and pursue us, to live among us and show us grace and truth. This One who is the maker of heaven and earth, who sustains it, who holds it together, somehow took humanity into himself and became fully God and fully man, but without sin. Now he is able to minster to us in our time of need. And even while we long for him, he is interceding in heaven for us.

The mystery of the second Advent is Christ’s return to reign, and no eye has seen nor ear heard what he has prepared for us who love him. But we will rejoice on that day! 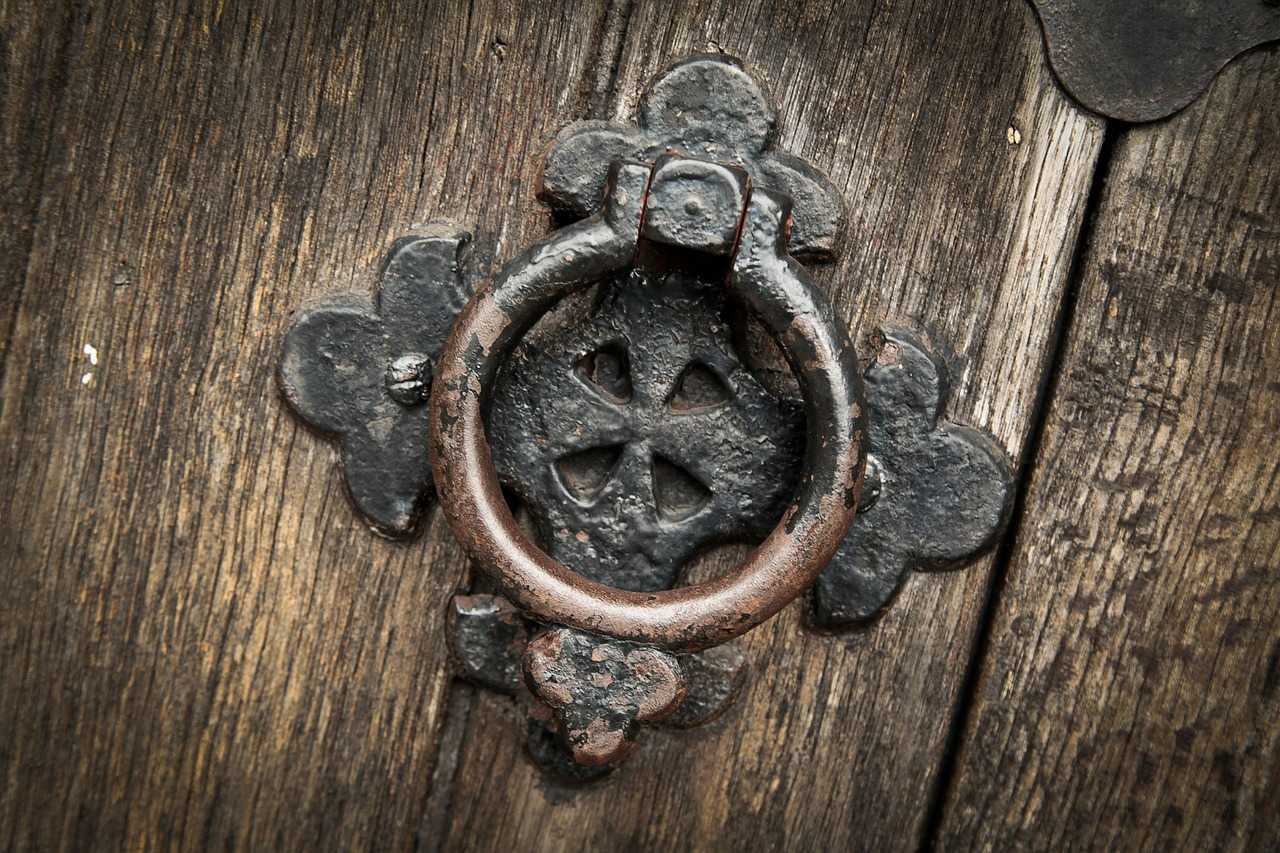 One day, "the door on which we have been knocking all our lives will open at last."

The cross and our future

Christ’s work on the cross reaches back to the first Adam, and it will reach forward to the last human who comes into being. It transcends time.

It almost seems too good. Still we anticipate, we long, we pine, we hope for his coming, and we rejoice in hope that it will happen. I believe C. S. Lewis described the fulfillment of this longing best in The Weight of Glory, when he said that one day, “the door on which we have been knocking all our lives will open at last,” and when that door opens, then we will see that longing and anticipation fulfilled.

We are engaged in a future hope, and we can never outdream the kingdom of God.

For now, we can only see back to the first Advent, to that time when space, time, and history intersected with the deepest longings of humanity and became one in the person of Jesus Christ. It happened. Now, we anticipate the Second Coming. We pray for our King’s coming, for the perfect harmony and shalom that we long for but do not see. Peace on earth, goodwill among men. That will be the case, but only when the King comes. We are engaged in a future hope, and we can never outdream the kingdom of God.

Established in 1995, Reflections Ministries purposes to encourage, teach, and equip people to know Christ, follow him, become progressively conformed to his image, and reproduce his life in others. Based in Atlanta, Reflections is led by Dr. Kenneth (Ken) Boa, who maintains an active ministry of relational evangelism and discipleship, teaching, writing, and speaking. Author of more than 50 books, Ken holds a BS from Case Institute of Technology, a ThM from Dallas Theological Seminary, a PhD from New York University, and a DPhil from the University of Oxford in England.