Arbogast Henga unfolded a big piece of paper on which he had drawn his church multiplication chart showing the 25 “generations” of churches God had raised up in the past two years.

Arbogast was standing before more than 100 leaders of church-planting movements gathered in Addis Ababa, Ethiopia as one of the church-planting practitioners invited to speak at a conference convened by Global Church Movements (GCM) of Cru. Leaders from 38 countries paid rapt attention to his story.

“Follow me, and I will make you fishers of men”

Arbogast, like his father and grandfather before him, had been a fisherman in Tanzania. His family had always practiced witchcraft, believing it would help them catch more fish. In 2011, hoping to excel in his fishing business, Arbogast traveled to a nearby district known for its high concentration of witch doctors. Instead, he met Kanagana, a Baptist preacher proclaiming Jesus. And just like Peter, Andrew, James, and John in Matthew 4, Arbogast immediately left what he was doing, followed Jesus, and became a fisher of men and women.

Arbogast traveled to a nearby district to find a witch doctor. Instead, he met a Baptist preacher proclaiming Jesus. He immediately left what he was doing, followed Jesus, and became a fisher of men and women.

In November 2017 Arbogast attended an MC2 (multiplying churches and faith communities) training offered by Great Commission Media Ministries in Tanzania. During the training, he learned about the organization’s vision to plant a church for every 1,000 people on earth. This would mean a church or a community of disciples of Jesus in every rural village, every suburban neighborhood, every urban high-rise and digital space.

He also learned about the concept “person of peace,” “pray-care-share,” and the multiplication of disciples and churches. The training taught him to enable newly planted churches to sustain themselves through intentional discipleship, empowering new believers for ministry and raising up leaders to engage new areas with evangelism and church planting.

Arbogast is a devout disciple of Jesus, a passionate evangelist, and a prudent strategist of church multiplication movements. He walks from one village to the next, coaching church planters, casting vision for multiplication, and sending new leaders to other districts so they can find people of peace and expand the work. His vision is to see a church planted in every village in Tanzania.

But Arbogast is not the only one with this vision in his country; he is a part of a much larger, national, and even international, vision. 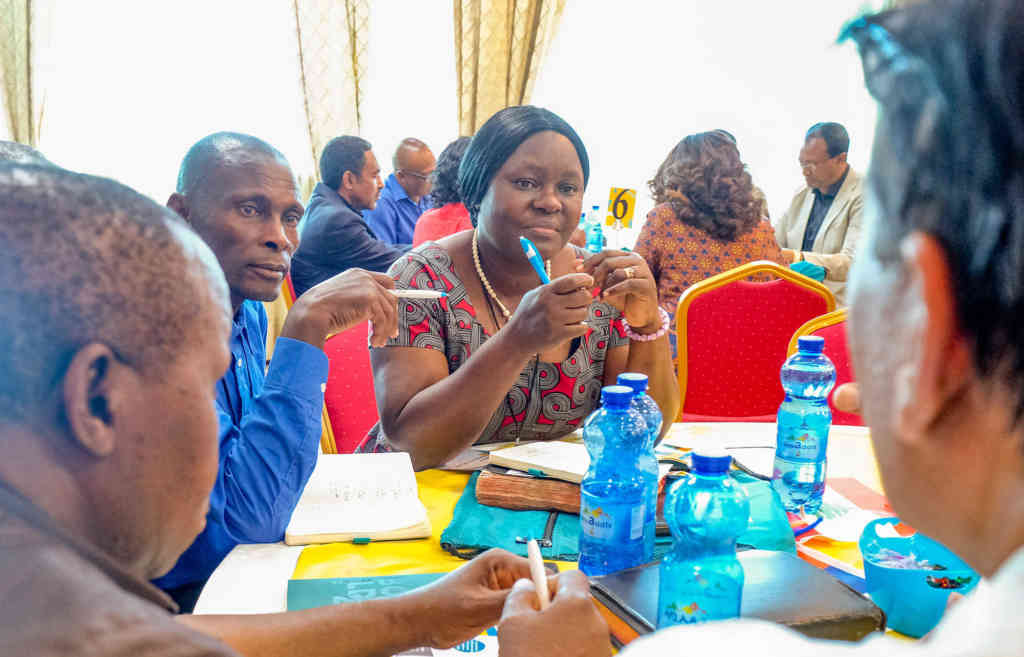 Arbogast is a visionary, but he is not alone.

In March 2015, several Tanzanian church leaders were among the 123 leaders from eight countries who attended the launching of the East Africa GACX (Global Alliance for Church Multiplication). At that event, the Tanzanian delegation was inspired by the vision to plant a church for every 1,000 people in their country. Upon returning home, they agreed to work together and set a national goal of 67,500 vital churches. As they collaborate across church denominations and mission agencies, they learn from and support one another, they avoid duplication and competition, and they make a greater impact for the kingdom through increased fruitfulness.

GACX is a worldwide network of churches and mission organizations committed to accelerating global evangelization through multiplication of missional and sustainable churches and faith communities. The network was established in 2011 when five ministries agreed to work together toward planting a church for every 1,000 people worldwide, primarily among the five billion unchurched and non-Christian people of the world. This goal would lead to an additional five million churches and faith communities.

Since then, GACX has grown to a membership of 90 global ministries with several national and regional expressions (like the one in East Africa). Between 2010 and 2018, through mutual inspiration and encouragement, intentional collaboration, and generous sharing of resources and strategies, GACX members have collectively planted more than 1.75 million churches and groups.

Every tribe, tongue, people, and nation

In Matthew 24:14, Jesus gave us a vision: “And the gospel of this kingdom will be preached in the whole world as a testimony to all nations, and then the end will come.” Jesus didn’t say, “it might be preached” or “it could be preached.” Instead he said, “it will be preached.” Jesus has also shown us the panoramic view of his kingdom, where people who have been purchased by the blood of the Lamb from every tribe, tongue, people, and nation will gather and worship God for eternity (Revelation 5 and 7).

And the gospel of this kingdom will be preached in the whole world as a testimony to all nations, and then the end will come.

God is working in powerful ways all over the world, despite increasing government restrictions, persecution, and anti-Christian sentiment. Churches and organizations are working together, and believers who have been entrusted with resources are giving generously. Furthermore, the gospel of the kingdom is being preached, churches are rapidly being planted and technology has accelerated the way we do evangelism and send missionaries.

It’s all part of God’s plan: a former fisherman now catching men and women for Jesus, the Tanzania national plan to see a church planted in every village and neighborhood, the growing work of GCM in Cru and the intentional collaboration of the body of Christ through GACX. Jesus’ vision of the gospel being preached in the whole world is becoming reality.

The end is in sight!

Bekele Shanko is a global vice president for Cru and leads the efforts of GCM as well as GACX. 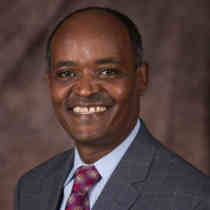 Bekele Shanko, born and raised in Ethiopia, joined a full-time missionary work with Campus Crusade for Christ international in Ethiopia in 1993. Since then, he has held diverse leadership roles for the organization, including national director for Ethiopia, regional director for Southern and Eastern Africa, and global vice president. He serves as chairman of GACX (Global Alliance for Church Multiplication) and president of GATL (global academy for transformational leadership), a global leadership college, which he founded in 2008.

A Bible for every people group