As the statistics on illness and death due to COVID-19 keep rising, the economic statistics keep falling. In March the stock market lost more than $11 trillion in value, and has been yo-yoing ever since.

While the more fortunate are mourning their dwindling retirement plans, the truly desperate have joined the 36 million Americans applying for unemployment benefits. How will they pay the rent or feed their families?

While watching the news one day, I flashed back to another time of financial crisis, the Great Recession of 2008. I had just written a book on prayer, and got an unexpected call from a New York journalist. “Any advice on how a person should pray during a time like this?” he asked. “Does prayer do any good in a financial crash?” In the course of the conversation we came up with a three-stage approach to prayer.

The first stage is simple, an instinctive cry for “Help!” For someone who faces a job cut or health crisis, prayer offers a way to give voice to fear and anxiety. I’ve learned to resist the tendency to edit my prayers so that they’ll sound sophisticated and mature. I believe God wants us to come exactly as we are, no matter how childlike we may feel. A God aware of every sparrow that falls surely knows the impact of scary financial times on frail human beings.

For someone who faces a job cut or health crisis, prayer offers a way to give voice to fear and anxiety.

Indeed, prayer provides the best possible place to take our fears. “Cast all your anxiety on him because he cares for you,” wrote the apostle Peter. As a template for prayers in crisis times, I look at Jesus’ night of prayer in Gethsemane. He threw himself on the ground three times, sweat falling from his body like drops of blood, and felt “overwhelmed with sorrow to the point of death.” During that time of anguish, however, his prayer changed from “Take this cup from me…” to “…may your will be done.” In the trial scenes that followed, Jesus was the calmest character present. His season of prayer had relieved him of anxiety, reaffirmed his trust in a loving Father, and emboldened him to face the horror that awaited him.

If I pray with the aim of listening as well as talking, I can enter into a second stage, that of meditation and reflection. Okay, my life savings has virtually disappeared. What can I learn from this seeming catastrophe? In the midst of the crisis, a Sunday School song ran through my mind:

The wise man built his house upon the rock …
And the wise man’s house stood firm.

The foolish man built his house upon the sand …
Oh, the rains came down
And the floods came up …

A time of crisis presents a good opportunity to identify the foundation on which I construct my life. If I place my ultimate trust in financial security, or in the government’s ability to solve my problems, I will surely watch the basement flood and the walls crumble. As the song says, “And the foolish man’s house went splat!”

A friend from Chicago, Bill Leslie, used to say that the Bible asks three main questions about money:

Some of Jesus’ most trenchant parables and sayings go straight to the heart of that last question.

A financial crisis forces us to examine how money affects us. Am I stuck with debts I accumulated by buying goods that were more luxuries than necessities? Do I want to cling to the money I have when I know of people around me in dire need? Jesus taught us to pray, “Your will be done on earth as it is in heaven,” and we know that heaven will include no homeless, destitute, or starving people.

As the stock market dove to uncharted depths, I couldn’t help thinking of private colleges, mission agencies, and other nonprofits, which depend heavily on the largesse of donors. The IRS has dramatically loosened the rules that limit charitable deductions for 2020, hoping to encourage more giving – am I giving serious attention to the urgent appeals that fill my mailbox this year?

Which leads me to the third and most difficult stage of prayer in crisis times: I need God’s help in taking my eyes off my own problems in order to look with compassion on the truly desperate. In the Beatitudes, Jesus described a kind of upside-down kingdom that elevates the poor, those who mourn, the justice-makers and peace-makers, and those who show mercy.

The novel coronavirus has temporarily accomplished that societal reversal. In airports, janitors who clean the banisters and wipe the seats of airplanes are now as crucial to safety as the pilots who fly the jets. Each night, people in major cities honk horns, howl, or shout their appreciation for the health care workers who keep us alive.

We’ve learned we can get along without the sports industry that pays top athletes $10 million per year to chase a ball; meanwhile, harried parents of young children have new appreciation for the teachers who earn less than 1 percent of that amount. Last month Time magazine put some of the real heroes on their cover: cafeteria workers who serve up food to needy children. They could just as easily have profiled hospital orderlies or paramedics.

The question is, will we use this crisis time to re-evaluate what kind of society we want, or will we return as soon as possible to a society that idolizes the wealthiest, the most coordinated, the smartest, the most beautiful, and the most entertaining? A just, compassionate society builds on a more solid foundation.

What a testimony it would be if Christians resolved to increase their giving in 2020 in order to build houses for the poor, combat other deadly diseases, and proclaim kingdom values to a celebrity-driven culture.

The Sermon on the Mount, which begins with the Beatitudes, ends with Jesus’ analogy of the house on the rock: “And the rain fell, and the floods came, and the winds blew and beat on that house, but it did not fall, because it had been founded on the rock.”

In the days of a collapsing Roman empire, Christians stood out because they cared for the poor, because they stayed behind to nurse plague victims rather than flee afflicted villages, and because platoons of wet nurses would gather up the babies abandoned along the roadside by Romans in their most cruel form of birth control. What a testimony it would be if Christians resolved to increase their giving in 2020 in order to build houses for the poor, combat other deadly diseases, and proclaim kingdom values to a celebrity-driven culture.

Such a response defies all logic and common sense. Unless, of course, we take seriously the moral of Jesus’ simple tale about building houses on a sure foundation.

First published by, and used here with permission from, Philip Yancey. 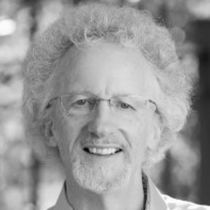 Philip Yancey is an award-winning writer who addresses tough questions and explores central issues of the Christian faith. Philip has a heart for those who suffer. His honest reflections resonate deeply with people who find themselves, as Philip says, living on the borderlands of faith. He feels tremendous gratitude to make his living writing about the concerns and topics that most interest him.

How to adapt your church facility for phased-in gathering sizes

On stewardship and second kingdoms

3 reasons to support a catalyzing organization

Physical and spiritual justice – a devotion

Thy kingdom come: A 5-point alignment matrix for Christian business

Is your giving provocative?