Are wealthy people greedier than others? According to a report in the Los Angeles Times, the rich are different, scientifically proven more apt to commit unethical acts and more motivated by greed.

Is this reality or a stereotype? Has the media contributed to a perception that wealth and capitalism equal “greed?” Let’s examine the historical and biblical truth about wealth, greed and self-interest.

In the 1987 movie Wall Street, Gordon Gekko proclaims that, “… greed, for the lack of a better word, is good.” Oliver Stone’s film sent a message that the free market system promotes greed and gives unscrupulous businessmen, like Gekko, a vehicle to line their pockets at the expense of others.

Real-life events in the last 30 years have also reinforced this image, from Michel Milken and Enron to the subprime mortgage crisis.

The reality is that we are all susceptible to greed, rich and poor alike.

But the reality is that we are all susceptible to greed, rich and poor alike. Greed arises from man’s fallen nature. This fallen nature impels man to satisfy his desires with the least possible expenditure of effort, which often requires his satisfaction at the expense of others.

Cultural vs biblical definition of greed

Although most people, including many Christians, embrace this definition, it seems right to look to the Bible when deciding where we draw the line regarding what is “more of something than is needed” or “more than I deserve.” Is it greedy to drive a Mercedes when a less expensive automobile could get me to my destination just as well?

Many have slipped into a relativistic definition of greed. Who decides not only what is needed, but when someone has more than enough? Who decides what one needs and deserves? Most of these cultural definitions of greed just don’t address these questions.

Fortunately, we as Christians have a better source than Webster’s Dictionary to help us understand the problem of greed. The Bible has a lot to say about greed, and its definition is different than the one that is in use by most of our culture today.

Towards a biblical definition of greed

In the New Testament, the Greek word pleonexia, originating from the Greek πλεονεξια, is the word that is most commonly translated as greed or covetousness (see Colossians 3:1–11; Luke 12:13–21; 1 Thessalonians 2:5; 2 Peter 2:3).

Biblical commentator John Ritenbaugh describes greed as a “ruthless self–seeking and an arrogant assumption that others and things exist for one’s own benefit.”

New Testament Greek scholar William Barclay describes pleonexia as an “accursed love of having,” which “will pursue its own interests with complete disregard for the rights of others, and even for the considerations of common humanity.”

There is an important thread that runs through the biblical definition that further qualifies the typical definitions of greed. It is the idea that greed fosters the taking of something that is not rightfully ours. Our culture’s current relativistic definition of greed doesn’t address this component either.

“We have inappropriately morphed the definition of greed to eliminate anything to do with objective moral truth.”

Yet, even with the biblical definition of greed, many still have a problem with the reason many have become wealthy in a free market system: self-interest.

A biblical view of self-interest

There is a very clear difference between greed and self–interest. Self–interest is the willingness to do something of value for others to secure the things that benefit oneself. In other words, our self–interest – or pursuing and using our own gifts, talents, and resources – informs how we will be useful to others. Without responding to our self–interest, we might wander fruitlessly trying to find a vocation.

The Scottish moral philosopher known as “the father of modern capitalism,” Adam Smith, wrote in The Nature and Causes of the Wealth of Nations that, “it is not from the benevolence of the butcher, the brewer, or the baker that we expect our dinner, but from their regard to their own interest.”

This is a very biblical concept.

Yet today, many associate the word “self–interest” with selfishness. Dictionary.com defines self–interest as, “Regard for one’s own interest or advantage, especially with disregard for others.” That second clause is problematic.

“With disregard for others” was not the way Smith understood the term “self–interest,” nor is it true to the biblical definition. Smith’s position, and the Bible’s, is that you serve your self–interest when you serve the self–interest of others. The idea of wanton pursuit of unrestrained desires would have been objectionable to Smith, and it should be to us as well.

The Bible does not condemn the pursuit of legitimate self–interest. Philippians 2:4 makes this very clear when Paul says,

Let each of you look not only to his own interests, but also to the interests of others.

Echoing Paul’s admonition, Scott Rae, a professor of Christian ethics, writes that self–interest isn’t unbiblical, but must be balanced by love for others:

There is a place for legitimate self–interest, to which the Bible periodically appeals, only it must be balanced by a compassionate concern for the interest of others.

In his booklet, The Spirit of Democratic Capitalism: Thirty Years Later, the late Michael Novak explains that “self–interest” is not evil in and of itself; it manifests in different ways depending on the heart of the individual:

“Self–interest” is a morally neutral word. Sometimes it stands for something transcendently good: “For what shall it profit a man, if he shall gain the whole world, and lose his own soul?” [Matthew 8:36] It is more in our self-interest to love our neighbor as ourselves and to love God above all. …Some self–interests are evil, some are neutral, and some are very good.

So, while the Bible cautions that self–interest can devolve into the sin of selfishness and greed, biblical self–interest enables us to become well–functioning, contributing members of God’s community.

This is the way God made us, and it is important for us to understand self–interest in the context of our work. This biblical idea, rightly understood, allows us to work creatively, using all of our God–given gifts in a way that serves our own needs while serving the needs of others. 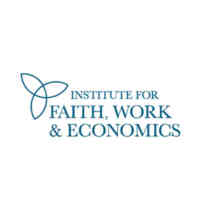 Humility is not hating yourself