If we are Christians in the business world, or even in the world of giving, it’s important to remind ourselves that our work must not be the basis for our identity.

Our identity must be located only in who we are in Jesus Christ. The same is true with our generosity. It flows not from wealth we make but from an abundant God who supplies all things for us to enjoy and share.

So, as you head to work today, remember to do this: base your identity and your generosity not in your work but in Jesus Christ alone. Then, like Paul shared in his farewell to the Ephesian elders, by his grace our Lord will “build you up and give you an inheritance among all those who are sanctified.”

Here is the struggle, as Henry Kaestner of Sovereign’s Capital and Faith Driven Entrepreneur explains it in his essay, What Does it Mean to Be a Christian Entrpreneur:

Successful entrepreneurs who just happen to be Christians (entrepreneur Christians) are often praised, celebrated, and asked to serve on ministry boards, either because of their business prowess or their deep pockets and ability to give funding. These people are sought after as mentors to the next generation. Unfortunately, the “entrepreneur Christian’s” values are passed down through the gene pool of the church.

What is far better, of course, is to find great Christians who just happen to be entrepreneurs – then, and only then, can we really get somewhere. I see this pattern of equating business success with Christian character frequently unfold among the folks that I know in Silicon Valley or Silicon Alley, Silicon Prairie or Silicon Anywhere.

Why am I on my soapbox about this? In my organization, we meet hundreds of Christian entrepreneurs who struggle with anxiety. Why? It relates to identity. They think of themselves as entrepreneurs first and Christians second. They’d never admit this out loud, but that’s how they operate. They’ve bought the world’s narrative, and here’s how it goes: Society gives them kudos for being the next big thing who’s growing a company at 20 percent each month, or who just secured a $15 million investment, or just inked a deal with Google. They hear this message from their friends, their parents, their investors. They believe it without ever knowing when they crossed over from being a Christian first to an entrepreneur first. It becomes a feedback loop that most assuredly doesn’t come from their time in Scripture, but from society at large.

Now I commit you to God and to the word of His grace, which can build you up and give you an inheritance among all those who are sanctified.
–Acts 20:32

They have mistakenly located their identity in their role as entrepreneurs, oftentimes successful ones, and this only becomes evident when their growth slows or they can’t find funding. Then, the “Protestant Work Ethic” they celebrated as a noble virtue appears as the ugly idol it has been all along. They act like they can earn their salvation and deliverance. Lest circumstances beat them with many blows, they redouble their efforts, only to find the predictable outcome of ever-increasing anxiety and the near total absence of joy.

What’s the solution? Acknowledge the problem for what it is – an identity crisis. Every entrepreneur or worker in business needs to understand that their identity comes from being a beloved child of God with full inheritance rights to his kingdom. They must take hold of the gift of life for now and forever. They need to reflect on that, stew on that. For how long? Well, for as long as it takes for them to have their minds blown by this awesome and indescribable gift. It’s not enough to get this intellectually. It must permeate every aspect of life.

If it takes time in Scripture to get there, then they need to take that time. Once they get there, they realize that they’ve been given the greatest and most meaningful gift and reality imaginable. The Work (capital W) has already been done by Christ, so the most logical thing to do is to bring all we are and all we have to the altar before God, not because he needs it, but because we can’t help but be overcome by gratitude; it consumes us.

In plain terms, everything else fits abundantly into place when our identity is fixed on who we are as sanctified or set apart for Jesus Christ. May your identity in Christ also permeate your giving, so that you are a joyful giver for God, a conduit of his rich generosity. 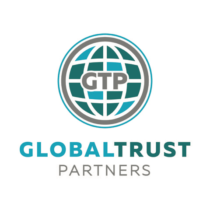