As believers, we are called to be transformed, to allow God to shape our minds to the mind of Christ, to accept his view of the world and make our own thoughts obedient to his purposes. Giving is a supernatural part of this transformation. It is powered by the grace of God.

As we walk out the step-by-step process of learning to trust God’s ways over our own, we begin to take hold of the life that is truly life, one that lasts for eternity in heaven, where we have set our hearts and stored up treasures, and where we await an inheritance we cannot lose.

It’s part of how we grow in reflecting the Father’s generous nature and glorify him, as we are increasingly conformed to the image of the Son. For some, this change happens slowly. Others are radically and rapidly transformed.

Zacchaeus’ money was dirty. Like many Jewish tax collectors of the time, he made his living overcharging people for what they owed the government. Though this was standard practice, it was both dishonorable and enslaving. Zacchaeus had become trapped in the “golden handcuffs” of the great wealth he gained by his service to the Roman Empire (and mammon). His job encouraged deceit and required him to intimidate others. He was desperately corrupt, and everyone knew it.

That’s why the people of Jericho were horrified when Jesus invited himself to Zacchaeus’ house: “He has gone to be the guest of a sinner,” they said (Luke 19:7).

Zacchaeus was up in a tree when Jesus found him. What inspired him to climb up there? Why did he want to see Jesus so badly that he would risk his reputation (a wealthy, grown man up in a tree)? Neither is it mentioned why Jesus called him. The text says Jesus was only “passing through” Jericho. But it focuses on the time he took to make this sinful man his friend. Clearly the Holy Spirit was at work.

Jesus had just told a story about a hypothetical humble tax collector who recognized his sin and repented (Luke 18:9-14). Now, here was a live tax collector on a branch in front of him! By God’s graceful provision, this short swindler was about to become a child of God.

How do we know? Jesus says so when he gets to Zacchaeus’ house: “Today salvation has come to this house, because this man, too, is a son of Abraham” (Luke 19:9 NIV). He had taken on the righteousness of Christ in a day.

Called to be in God’s family

As a new member of God’s family, Zacchaeus went about righting his wrongs – and blessing beyond that. He immediately committed half his possessions to the poor and promised to pay back four times what he’d extorted. Though the law did not require it, Zacchaeus promised to give 50 percent of his possessions to the poor! The law required that a man pay 120 percent to someone he’d wronged; Zacchaeus offered 400! Zacchaeus wasn’t following the letter of the law – he was exceeding it, joyfully.

This is what can happen when someone, by the light of Christ, through the power of the Holy Spirit, experiences true repentance. Though not everyone’s first step, Zacchaeus gave back what he had taken, and he did so liberally. The money Zaccheus had acquired dishonestly reflected his old motivations. And his heart change was dramatically obvious … from the moment Jesus called him.

Now, money meant power back then (as it does now), especially to a Jewish tax collector. But by giving in response to what Jesus had done for him, he forced himself into a position of trust and dependence. What would he have left if he paid back more than he’d taken? How would he live? It seems the math didn’t matter to Zacchaeus.

This is a model of the kind of all-out trust in God that’s supposed to characterize all God’s children. It’s a faith like Abraham, who left his home (and a good deal of riches) to follow God into the unknown.

Salvation had come to Zacchaeus’ house. He had become a son of Abraham, a child of God. He had gone from extortion to philanthropy in one day! His heart was changed by the power of God, and his radical obedience was manifested in extravagant giving.

For Zacchaeus, knowing Jesus mattered more than anything he’d ever acquired.

A long obedience and a discipline

Zacchaeus was transformed in an instant, and this regeneration brought with it an immediate change in how he viewed his possessions and the people around him. His mind was renewed.

For most of us, though, it doesn’t happen that way. We are taught to “be transformed by the renewing” of our minds (Romans 12:2 NIV) so we will come to know God’s will for our lives. But how? Surely, he wouldn’t have called us to transformation if it weren’t possible.

Giving isn’t the only way Christians are transformed, but it is a powerful one. The temptations of money are many. Greed is idolatry, but giving transforms our attitude about money into a response informed by relationship with the One who owns it all. In giving, we glorify God and receive the joy of partnering with him in his restorative, redemptive work. Our faith is deepened, and we can experience peace and contentment as we rely on his continued provision.

Just like other spiritual disciplines, like prayer, fasting, and Bible reading, acts of generosity shape us and lead us to think differently, to view money as God’s and ourselves as stewards. And as with the other disciplines, joy often comes with the practice of it.

You may be tempted to avoid this discipline. Maybe it’ll surface when you close a big deal, sell a piece of property, or when stock options suddenly and dramatically change your financial situation. If you hesitate to give as you know in your heart you desire to, pause. What is God asking of you? You can “test” and “discern” what God’s will is (Romans 12:2). You can take those tempting thoughts “captive” and make them obedient to Christ (2 Corinthians 10:5).

It is God who made you able to give and God who will sustain you. There is blessing and transformation in letting go. 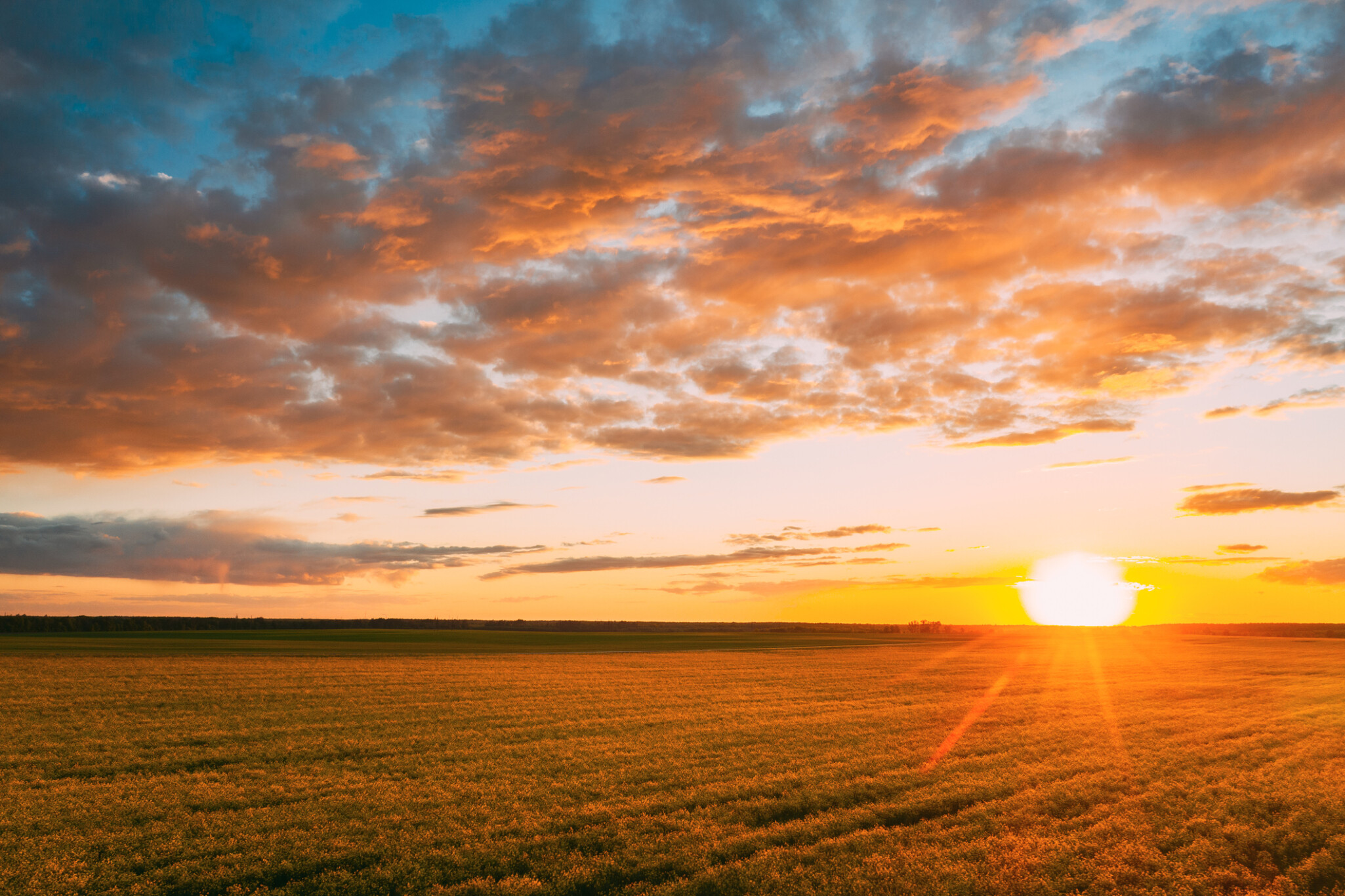 Do not be conformed to this world, but be transformed by the renewal of your mind, that by testing you may discern what is the will of God, what is good and acceptable and perfect. – Romans 12:2

This becomes easier when we really let the reason we give sink in: Something better than money awaits us. Paul told Timothy to “Instruct those who are rich in the present age not to be arrogant or to set their hope on the uncertainty of wealth, but on God, who richly provides us with all things to enjoy” (1 Timothy 6:18 CSB). Why? “So they may take hold of that which is truly life” (1 Timothy 6:19).

Some days, this will take serious, intentional effort. Other days, we may find it’s becoming second nature and our overwhelming love for him is making our response automatic. Zacchaeus didn’t have to be told to be generous. The text doesn’t say Jesus even asked him to give. We may be like that sometimes too.

We are heirs to promises much bigger than any wealth we could possibly acquire in this life. Understanding this should make it a little easier to follow Jesus’ prescription to give (Luke 6:38) and his own radical example of generosity for us (John 3:16, 15:13).

Because of this, we can become like him through giving. We can be supernaturally transformed by this grace of God.

Want to learn more? Consider spending time in these passages: 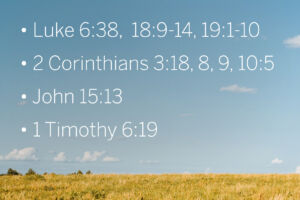