For the last two years, researchers at the American Bible Society (ABS) have been studying the impact of Bible engagement on those who practice it. This year, they found three more ways the Bible makes us better.

ABS researchers have discovered some obvious things – people who engage regularly with Scripture are more forgiving, more likely to serve, pray, have a personal faith, and attend church. And they found one you you maybe didn’t think about – Bible-engagers give approximately 10 times more to charity than those who don’t engage with the Bible.

But as we moved into a season of crisis in 2020, ABS researchers explored some new areas: emotional health, social media use, and prosocial behavior (behaviors intended to help others).

During the COVID-19 pandemic, Americans have struggled to maintain emotional health and stability. The U.S. Census Bureau reports that clinical levels of anxiety and depression have surged across the nation. The Washington Post writes, “For every 100 American adults, 34 show symptoms of anxiety, depression, or both.”

Even during more normal times, managing one’s emotions requires a certain level of so-called self-care. In fact, some of the most common reasons for reading the Bible include a desire for closeness to God, guidance from God, and comfort.

Each of these reasons contains an emotional component. Those surveyed said the last time they read their Bible, they felt hopeful (54 percent), peaceful (52 percent), or encouraged (51 percent). Others felt loved, empowered, confident, or intrigued.

In every case, as Scripture engagement increased, so did the experience of positive emotions, like hopefulness and feeling encouraged, peaceful, and loved.

In every case, as Scripture engagement increased, so did the experience of positive emotions ….

Beyond these emotional responses to the Bible, Scripture engagement is also associated with important measures of holistic well-being.

The State of the Bible research project began only three and a half years after the introduction of the iPhone. Since that time, social media have taken an increasing share of Americans’ time, and these digital interactions have necessitated the development of new and different social rules. Today, some estimates indicate that the average user spends 2 hours and 24 minutes on social media daily.

The National Institutes of Health and researchers in public health, social and political science are investigating the relationship between social media and phenomena as varied as cyber-bullying, suicidality, anxiety, depression, election interference, and the increasing fragmentation of society.

When respondents were asked a series of questions about whether their use of the Bible affects their social media activity, one third of respondents said that they do not use the Bible. But approximately two in five Americans who use the Bible say it influences how they present themselves online (42 percent), how they engage with others online (39 percent), what they post (38 percent), and the content they view (38 percent). And nearly three in 10 say the Bible influences the amount of time they spend online.

Scripture-engaged respondents are nearly twice as likely to say the Bible influences their social media behaviors in every category.

In it’s simplest form, prosocial behavior is “behavior that benefits others.” It’s a universal concept, embedded in the teachings of all major religions. It’s a part of the message of the Bible and is often aligned with the Golden Rule Jesus gave us: “Treat others as you want them to treat you. This is what the Law and the Prophets are all about” (Matthew 7:12, CEV).

If Scripture engagement results in transformed relationships with God and others, one might expect to see higher levels of prosocial behaviors from Americans who have the strongest relationship with the Bible. At the same time, research shows that there is a prevailing sentiment that Bible users are judgmental, bigoted, and unwelcoming of strangers.

State of the Bible respondents were asked to rate the Bible’s influence on items indicating their prosocial behaviors. The items completed the statement, “The Bible leads me to … ” and included:

For each item, participants could respond with strongly disagree (1) through very strongly agree (6). The average of these six responses formed a reliable measure of prosocial behavior.

The data suggest that Bible-engaged Americans really do practice the Golden Rule.

Taken together, these results suggest that Bible-engaged Americans are more likely than their neighbors to welcome immigrants to their communities, befriend people of other races and religions, care for the environment and advocate for those who may be oppressed by society.

Bible-centered respondents typically respond that they strongly agree that the Bible leads them to do all these things. In other words, the data suggest that Bible-engaged Americans really do practice the Golden Rule.

Let’s consider these results. Scripture engagement is associated with positive emotions in Bible users. They tend to feel hopeful, peaceful, encouraged, and loved when they interact with the Bible.

Furthermore, Bible-engaged Americans exercise care in their use of social media by allowing the Bible to influence the content they post, how they interact with others, and even the time they spend online.

Finally, Bible engagement is a significant predictor of neighborly behavior that welcomes others, cares for the environment, and seeks the good of the oppressed. Maybe it’s time to wrap up our work for the day and go read God’s Word.

This story comes from the 2020 State of the Bible ebook by American Bible Society. You can read the full report here. 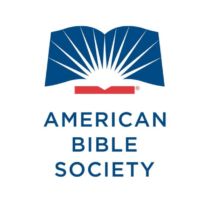 Making the Bible available to every person in a language and format each can understand and afford, so all people may experience its life-changing message.

3 tips for building a generous business