What would it look like if faith was celebrated rather than segregated in the workplace? What’s the consequence of discriminating against faith in the marketplace?

It would seem that we have passively accepted a social doctrine that calls for a revival of marketplace ethics yet oppresses fundamental integrity. If to operate with integrity is a function of wholeness and consistency, to suggest that we can deny who we are or what we are called to be for eight-to-10 hours a day without social consequence is naïve.

Indeed, advising people to disengage from their divine purpose and very identity fosters a fractured psychology and schizophrenic values system destined for catastrophe as our global newsreel illustrates. Even Chinese economists have appreciated the inseparable linkage between a vibrant Christian faith and thriving free market society.

Defying all classic constraints of context, Jesus proclaimed a new “kingdom” or administration to diverse audiences with an unnerving sense of immediacy and pragmatism. When disciples of Jesus asked their disruptive rabbi how they should pray he responded with words millions of Americans can recite as part of our post-Christian social conscience:

Our Father in Heaven,

Holy is Your name!

Thy will be done,

On earth as it is in Heaven.

Those words represent perhaps the most recited and well-known stanza in Western lore. Yet, when Jesus instructed this model prayer, what exactly was he suggesting? A metaphysical ideology to permeate the minds of adherents as they gathered in sacred places on sacred days or times? If the life of Jesus or his apprentices is any indication, evidence would suggest that the thrust of this prayer is something entirely more radical and ubiquitous. Something is to come, to be done, “on earth,” which would seem to include where we go to work.

What does it mean for the “Kingdom of God,” or more contemporarily the “Jesus Administration” to intersect the American Marketplace? What would it look like to pray and live “Thy Kingdom come…at work?”

Of the 132 stories of Jesus recorded in the New Testament, 122 transpired in the marketplace. Certainly Jesus taught in synagogues and notoriously upturned tables in the Temple, yet a vast majority of his teaching, healing, disciple-making and engagement with society happened during business hours on business days (in a culture with six-day work weeks) where people least expected to encounter God. This motif perpetuated through his disciples, as evidenced by the fact that of the 40 miraculous events recorded in the Acts of the Apostles, 39 occur outside of any religious setting. Life-changing ministry intersecting with common people in common places is biblically normative and was the context of the greatest social revolution in the history of mankind.

What would it mean for followers of Jesus in the marketplace to embrace the scandalous invitation of the Lord’s Prayer in business? The same year that the “balanced scorecard” entered the American lexicon (1992), leaders gathered around C12 Group round tables and began working out a paradigm for an eternally balanced scorecard, ultimately called the 5-Point Alignment Matrix. This matrix became a central proposition of a robust construct, how business must be intentionally and lovingly integrated into a faith that permeates our leadership development efforts as an organization.

If the “Jesus Administration” was reflected in the very ethos and operating system of the American marketplace, what would that look like? How would the values and mission of Jesus impact hiring, employee benefits, product and process quality, leadership, accountability, contracting, disputes, and corporate citizenship? What if a business was not merely an economic engine called to a minimalistic ethic of “do no harm,” but a sacred platform poised for significant impact on society? What if truly great businesses are intended for a greater purpose via the scandal of the Lord’s prayer?

In nearly 28 years of serving marketplace leaders we have found that the fruit of faith expressed in business reflects the very Abrahamic Covenant found in Genesis 12, where God told Abraham that, not only would he be blessed, but that God intended to bless the world through him. That covenant, lived out by leadership who steward their employees, often also leads to superior financial performance in every economy and can accumulate accolades for “best places to work.” But, most importantly, it produces eternally significant results.

Companies that were just places where men and women surrendered 88,000 hours of their adult lives to earn money pivot. They become places where they experience love, healing, hope, restoration, training (marriage, financial, professional and biblical), and community. In the microcosm of the 2,500+ members we served via The C12 Group in 2019, there were at least 7,000 people who actually encountered Jesus in a saving way at work!

Will you dare to pray the Lord’s Prayer at your work, or write your own prayer to invite Jesus into the business God has destined you to steward for him?

This story first ran in the Washington Times and is run here with permission from the author and C12. 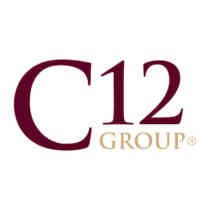 The C12 Group is the world’s largest network of Christian CEOs, business owners, and executives. Through Peer Advisory Groups and 1-on-1 coaching, C12 Members gain insight and wisdom from those who face the same challenges and learn how to build a successful business with eternal significance.