It’s National Human Trafficking Awareness Month. But what’s the point of awareness? The simple answer is that people who are aware are ready for opportunities to stop human trafficking on the spot.

Read our stories below about a few people who – with just a little information or a little training – took awareness to heart and stepped in to be a part of someone’s journey to freedom.

A woman in Greece was handed an A21 human trafficking awareness flier and put it in her purse. She saved it for five years. One day, she came across a young girl named Helana*, who had just escaped from a trafficking situation. And she knew exactly what to do.

Helana had moved to Greece in the hopes of pursuing a good education – but instead, she was forced into sexual exploitation.

When the woman encountered Helana, she remembered the flier and used it to call the Greek National Hotline to report the case. The call operator connected Helana with law enforcement for immediate assistance, and from there she was referred to an aftercare team.

Many lives have been intercepted by one hotline call – one flyer, one brochure, one presentation – one person aware enough, brave enough to take action. For Helana, it was that flier saved in a purse for five years that made the difference. Your actions could be the difference for more lives like hers.

Oleg* is a young boy from Ukraine. He was like many other kids his age – recently graduated, and ready to explore the world in front of him. When he and six of his friends were offered jobs abroad, they accepted with the hope of pursuing a promising opportunity.

Once they arrived, their new employer told them to hand over their passports and documentation.

But Oleg and his friends had been to a trafficking awareness presentation. He remembered what the presenter had taught them – to never give their passports away. Immediately, he became suspicious of this employer, and he and his friends ran away. They later found out it was a dangerous situation, and they had narrowly avoided it.

Today, Oleg and his friends have legitimate jobs. They are free. They never experienced the exploitation or trauma of trafficking because they were equipped with the knowledge they needed to stay safe.

Meet Jane,* a young woman in the USA. One day, while waiting for the bus, she was approached by a good-looking man. They talked for a while, and after a few weeks passed, they started dating. But as time went on, he became more controlling.

One day, he asked Jane if she wanted to go out of town together. Thinking this was going to be a great opportunity to explore a big city, she agreed. But not long after, he started forcing her to sleep with men for money. Jane feared that if she said “no,” she would suffer severe abuse from him, so the exploitation continued for months. Traveling from city to city, she always had to turn all the money over to her boyfriend.

After enduring an episode of severe abuse, Jane bravely escaped. She ran until she couldn’t run any further. A bystander noticed her, offered assistance, and connected her with A21. Our team assisted her in returning home and provided services to her through our Freedom Center, helping her work towards her dreams and goals.

Why does awareness matter?

Why does your giving to the cause of anti-trafficking matter? Why does it matter if you step up and report something you see that just doesn’t seem right? With each action taken in the fight for freedom, more women like Helana and Jane will be set free, and more people like Oleg will never experience trafficking in the first place. More action gets us closer to seeing slavery abolished in our lifetime.

* Names of victims have been changed to protect their identities. Photos are of stand-ins, not the actual people in this story. 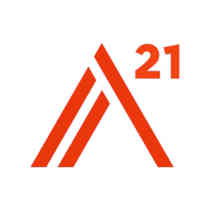 A21 is a non-profit organization fueled by the radical hope that human trafficking can and will end in our lifetime. They work globally to reach the vulnerable with the message of prevention and to educate communities on the signs of trafficking and what they can do to prevent it. They partner with law enforcement to identify victims and see them set free and work to restore the survivor to full independence through personalized holistic aftercare services.

Tragedy and hope for Joy

Video: The life-changing power of your giving passion