The problem with subtracting trees from our theology is that God put them in the Bible for a reason. There were two trees at the center of the Garden of Eden.

Getting back to the tree of life

One (the Tree of Life) represented humanity’s connection to the divine and the eternal. The other (the Tree of the Knowledge of Good and Evil) represented human agency – and possible rebellion. When Adam and Eve ate from the wrong tree, they tried to cover up their crime by undressing the very trees they were charged with “dressing” (Genesis 2:15; 3:7). Their next move was to run and hide behind them (Gen. 3:8). Chapter three of Genesis concludes with Adam and Eve being banished from the Garden. What is the Bible, then, if not a story of God meeting humanity’s need for a Savior to reunite us to the Tree of Life?

Without trees in the Bible, the waters of Marah would have forever remained bitter (Exodus 15:25), the Giant of Gath would not have been thrown off his game (1 Samuel 17:43), and David would have missed his call to battle (1 Chronicles 14:15). Deborah would have been without a place to judge Israel (Judges 4:5), and God wouldn’t have called his people to be oaks of righteousness (Isaiah 61:3). There would have been no almond grove (Luz, renamed Bethel, means almond tree) for Jacob to fall asleep in and dream of a wooden ladder that spans the gulf between heaven and earth (Genesis 28:10–19), and Job wouldn’t have uttered his famous line about trees and resurrection (Job 14:7). Most importantly, without trees it is impossible to understand the Fall or Jesus’ atoning death.

For there is hope for a tree, if it be cut down, that it will sprout again, and that its shoots will not cease. – Job 14:7

Isaiah predicted that God’s people would fail to notice the “tender shoot” he had planted for their salvation (Isa. 53:2), a prediction fulfilled in the first chapter of John’s gospel. This is the scene where Philip went to Nathaniel, saying, “We have found the one Moses wrote about in the Law, and about whom the prophets also wrote – Jesus of Nazareth, the son of Joseph” (John 1:45). Nathaniel famously responded, “Nazareth, can any good thing come from there?” “Come and see,” Philip urged (verse 46). As Jesus saw Nathaniel approach, he said, “Behold, an Israelite indeed, in whom there is no guile” (v. 47, KJV). Jesus could have just as easily said, Behold, an Israel (one who has struggled with God and persevered) in whom no Jacob (trickster) is left. Nathaniel certainly got the compliment.

Earlier, Jesus had seen Nathaniel under a fig tree (John 1:48). The Bible doesn’t record what Nathaniel was praying at the time Jesus saw him, but the mere mention of the occasion let Nathaniel know beyond a shadow of a doubt that Jesus was the Messiah. Perhaps Nathaniel had pleaded with the Lord to see the Messiah in his lifetime. He might have even gone so far as to remind God of his study of the prophets in an effort to recognize the Messiah.

But Nathaniel had forgotten the words of the prophet Isaiah: “He grew up before him like a tender shoot, and like a root out of dry ground. He had no beauty or majesty to attract us to him, nothing in his appearance that we should desire him” (53:2). As Isaiah predicted, something great would indeed come out of a town named after a little tree: Nazareth!

Jesus went on to tell Nathaniel that he would see the ladder Jacob dreamed of long ago: “You will see ‘heaven open and the angels of God ascending and descending’ on the Son of Man” (John 1:51). A rescue plan involving trees had been unfolding in time, whether or not Nathaniel recognized it.

So it is no surprise that Jesus talked of trees being uprooted and thrown into the sea by faith (Luke 17:6). Nor is it any surprise that he spoke of his disciples bearing fruit (John 15:8) or instructed them to dwell in him, as fruit-bearing branches in a life-giving vine (15:4–6). As Paul put it, believers are like a branch or scion grafted onto a tree (Romans 11:17–18).

Jesus is one tough carpenter – the kind that can heft two three-quarter-inch sheets of plywood on his own. He is hard to kill. From the moment he was born, his enemies set about trying to kill him. They tried to kill him as a baby (Matthew 2:16–18), stone him (John 10:31–39), and throw him off a cliff (Luke 4:29), but it didn’t work. Jesus could go 40 days without food, climb into the ring with the toughest opponent on the planet, and walk away a winner after three rounds (Matthe. 4:1–11). There was no point in trying to drown him – he’d walk away from that too (Matthew 14:22–33).

No, the only thing that could harm the carpenter from Nazareth was a tree. Why? Because he who is hanged on a tree is cursed (Deuteronomy 21:23, Gal. 3:13), not he who is stabbed, stoned, or burned. (Note that in Hebrew, the word for gallows and tree is one and the same.) Without trees, there is no resurrection, no Good News on Easter morning. The cross is really a tree of life chainsawed down by man’s sin. Yet Jesus’ blood caused a dead tree used as a Roman torture instrument to grow into the symbol of life everlasting – the Tree of Life. Jesus is the Tree of Life, and one day his followers will eat from the leaves of this tree and be healed (Revelation 22:2, 14). Read more in part 4. 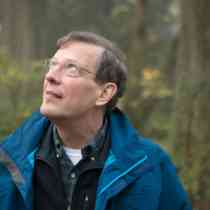