“Purna, you will be going with auntie to India where she has a business. You will have money, nice clothes, and enjoy the big city – maybe even make a good marriage there,” her father told her.

By Michele Rickett, She Is Safe

Purna was only 13 when her dad made arrangements for her to be sold.

She never argued with his wishes. He was brutal with her from her earliest memories. The slightest offense to him, and he would grab a stick and rain down blows on her head. She learned to be as invisible as possible.

Purna says that her family was so poor that they did not have a chicken – which meant there were no eggs. Very little protein. She often thought that her father hated her because of the little bit of food that she ate.

She had seen the “business auntie” in her village many times. Auntie always looked wealthy and happy. Purna wanted to be like that one day. So, she was a little excited when the day came to trek from her village in the Himalayas down toward the border crossing from Nepal to India.

She had seen the “business auntie” in her village many times. Auntie always looked wealthy and happy.

She and her auntie easily passed through the checkpoint, and were met by two young men who carried their bags to a taxi. The four went to a very plain hotel and had dinner together. When it was time to go to their rooms, auntie explained that these men were to prepare Purna for her new work. When Purna said that she didn’t want to go with the men, she wanted to stay with her auntie, she was slapped and warned to do what she was told.

That was Purna’s first night of torture as a trafficked girl. On the second day, Purna was informed that she owed room and board. Once that was paid, she could go home any time she wanted, “Though no one will want you there after you have become a prostitute,” the aunt said.

As the years of sexual abuse passed, Purna learned to use a drug to keep herself numb. She also learned that if she helped as a recruiter, she could get better treatment.

Purna was dressed up and taken to unsuspecting villages to tell families and girls what a great life she had in the big city. On one recruiting trip, she met some local She Is Safe co-workers who stayed by the border crossing to talk with girls. They asked Purna what she was doing coming and going between India and Nepal. Something broke inside of Purna, “What am I doing? I am ….” She started sobbing out her story of betrayal and misery.

Purna and the girls were taken to a transitional home for assessment. Reports were made to the authorities, and some girls were returned to their homes. Purna was invited to the opportunity to begin her first steps toward a whole new life of dignity and purpose in a restoration home.

And she learned about God’s love in Christ there! A passion grew in her to help every girl in her home village to have skills that would make them less vulnerable – to keep them safe and free. She asked the ministry director to prepare her to go home. Against sound advice about returning to a high-risk community, Purna headed for home.

As she entered her village, neighbors came outside to hurl insults, calling her “nasty girl” and spitting at her. The assumption in this village is that if a girl leaves and returns, she has been compromised sexually, and is no longer good enough to rejoin the village.

But Purna walked on. She was on a mission to see her father, the man who hurt and sold her  to offer him forgiveness in the name of Jesus.

When her father heard the neighbors, he came outside of their little house. He was raging and embarrassed. He struck Purna so hard that she fell to the ground. She stayed there and began to solemnly open her bag. She held out a hat and scarf to her father, “I made these for you.” Purna’s father staggered backward, “Purna, I thought you were too stupid to make anything like this!”

She was on a mission to see her father, the man who hurt and sold her – to offer him forgiveness in the name of Jesus.

Purna explained that she had learned that she was gifted by God in this kind of work and was now an instructor. It was her plan to teach girls all kinds of skills, so that they could help their villages develop and not be sent away. She wanted every girl to discover their value in God’s eyes.

So, can one girl change a village? No … she can do more than that. She can change dozens of villages. She can change generations, if she can see and exercise the value that God has placed in her. 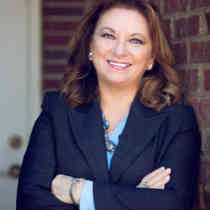 Michele Rickett is founder and CEO of Atlanta-based She Is Safe, a Christ-centered ministry (established in 2002) that prevents, rescues and restores girls and women in eight high-risk countries, equipping them to build lives of freedom and faith for a strong future. Read more of her stories in the award-winning InterVarsity Press book, Forgotten Girls – Stories of Hope and Courage.

She is safeall stories
Up Next