We look to the Bible for broad spiritual lessons when it comes to money, and it’s a great source for that purpose. But, if we pay close enough attention, we can also discover practical and tactical financial best practices within the text – and the book of Acts is a great place to start.

Luke, the physician who wrote the book of Acts, as well as the Gospel that bears his name, was adept at “following the money.” Luke’s account of the life of Jesus has more financial stories and details than any of the other Gospels.

In the book of Acts, Luke records that the early Church’s growth was fueled by two giving trends that seem strikingly modern: non-cash giving, and collaborative giving. While your local NCF team operates in the 21st century, in some ways they are simply running a play from the tried-and-true, 2,000-year-old playbook from Acts 4:32-35.

In the chapter that follows, Luke shares two contrasting case studies – Barnabas (a positive example) versus Ananias and Sapphira (a sinful, failed example). Finally, in Chapter 6 we learn of the need for greater administrative capacity for managing these gifts effectively.

If you’d like, pause now and read Acts 4-6, keeping an eye out for financial and administrative details as the story progresses.

What can we learn from these chapters?

May we take the financial lessons of Luke 4-6 to heart, as we give together for the advancement of the gospel. Please consider taking a next step of your own in response to this article.

We invite you to prayerfully consider whether collaborative giving is for you. You can reach the author via info@generoustogether.org. He’d be delighted to brainstorm with you about your journey into collaborative giving. And to learn more about asset-based giving, contact your local NCF team. 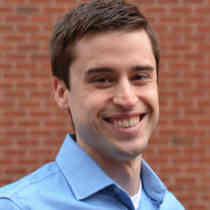 John Cortines is the author of True Riches and God and Money. He is the Director of Generosity at the Maclellan Foundation.