When Iran is mentioned in the Western media, we’re often confronted with images of protestors chanting anti-American slogans. But in January 2020, as we witnessed a mass outpouring of Iranian fervor during General Qasem Soleimani’s funeral, we also saw students at a top Iranian university refusing to step on the American flag.

What are we to make of the modern Iranian mindset and this complex nation of 84 million souls?

The Islamic Republic of Iran is governed as a theocratic republic – it is the center of Shia Islam. To many Iranians, governmental failures are connected to Islam itself. And recent events have exacerbated public distrust.

In 2018, Iran’s economy was hit hard by U.S. withdrawal from the Iran nuclear deal and imposed sanctions. Public uprisings over issues like the rising price of basic goods and the removal of gas subsidies demonstrate the public’s growing impatience with their leaders. The uprisings saw around 1,500 protestors killed. The January 2020 downing of a civilian Ukrainian airliner and Iran’s attempt to cover it up further eroded people’s trust in the government.

Now, as COVID-19 has spread across the country, leadership has failed to protect and fully inform the people. While Christianity has ancient roots in Iran, it has only recently begun to flourish among the 80+ million Muslims. Estimates of Christians in the country range from several hundred thousand to well over a million Muslim-background believers in Iran, compared with only about 5,000 before 1999.

Remarkably, in the midst of government persecution – when conversion and participation in underground house churches can lead to being ostracized by one’s family, police beatings, and lengthy prison terms – Iran has one of the world’s fastest growing evangelical populations. Disillusionment with Islam has sparked nationwide interest in the person of Jesus.

Since the outbreak of COVID-19, ministries working inside Iran report a strong interest in the gospel. Iran’s relatively young and literate population is technically savvy. Consequently, the wildly popular Telegram, a cloud-based, encrypted instant messaging platform, is used in ministry. An estimated 50 million Telegram users absorb around 60 percent of the nation’s internet bandwidth!

Ministries have experienced a surge of activity in online evangelism and discipleship over the past few years. In addition to higher numbers of seekers during COVID-19, online follow-up groups have also seen people more willing to engage in online discipleship groups. They are asking hard questions like, “Why does a good God let a virus take lives,” “Is this God’s punishment,” and “Where can I find peace?”

Additionally, having to mostly stay at home gives seekers time to engage in sustained contact with ministries. In early March, one ministry had to triple their live, online discipleship groups and form separate groups for women, men, and youth. They quickly discovered that believers from established house churches weren’t just seeking comfort for themselves, but wanted to be mobilized, asking, “How can the church be involved?” and “Can you teach us how to respond?”

This same follow-up ministry supported 28 house churches in distributing food to the poor and homeless in nine cities. Church members handed out food on the streets, praying for people and sharing the gospel in the midst of the pandemic. One follow-up team member reported through tears, “Many people in Iran now have nothing. They live in absolute poverty, but they are coming to sincere belief in Jesus.”

Personal evangelism and forming house churches have been a strength of Iranian believers for more than a decade. During COVID-19, Christians in one of the largest house church movements felt an increased burden for personal evangelism. Over the last few months, those who were considered evangelists have been joined by nearly every member taking part in making Christ known, leading to a surge in conversions.

One leader who was only working with a few new believers before COVID-19 is now discipling around 30 people!

As the world grapples with how to reopen our assembled churches, the underground church in Iran has a few decades of experience in finding creative ways to overcome obstacles and gather as a church body, including watching satellite television or online service broadcasts. As of late May 2020, some house churches are starting to gather again, as they, like many of us, desire the physical presence of other believers in corporate worship.

The demand for Bible distribution in Iran has remained steady. Groups that have figured out practical ways to put the printed Word of God in seekers’ hands have experienced an eagerness in people reaching out and providing their contact details in the hope of acquiring a Bible.

So what are we to make of this nation, where despite economic, political, and natural calamities, the church presses onward?

The effects of COVID-19 would seem to mean complete ruin for all involved. Yet the growth of the gospel and the progress of the house church movement in Iran continue in surprising, but not entirely unexpected, ways.

The truth of Jesus’ statement to Peter about the gates of hell not prevailing against the church (Matthew 16:17–19) encourages us to keep supporting our brothers and sisters in Iran, no matter what might come for them. For, ultimately, we know that their and our “citizenship is in heaven and we eagerly await a Savior from there, the Lord Jesus Christ” (Phillipians 3:20–21).

The identity of the author of this article is withheld for security purposes. 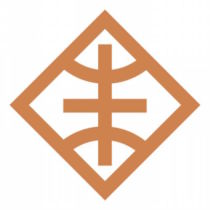 MENA Collective is an organization focused on loving God, living generously, and supporting the body of Christ in the Middle East and North Africa.