This is the story of how listening to God’s whispers resulted in every people group in Nepal having believers and churches. As you read it, perhaps you will hear his voice, too, leading you and your city toward Jesus’ ultimate desire for a great celebration.

In May of 2016, God assembled a group of donors in our hometown of Lexington, KY, to fund the gospel engagement of all the unengaged people groups in Nepal.

Too difficult a task for a small city’s believers to accomplish? Not with God.

A faithful community of God’s followers

Following years of faithful intercession from believers in Lexington, our story took flight in 2012 when Mark, President of the National Christian Foundation, Kentucky, attended a breakout session at NCF’s 30th anniversary celebration in Atlanta, strangely titled “The Issachar Initiative.” (In the Bible, the men of Issachar are those who understood their times and knew what they should do.) Mark listened to a vision of marketplace leaders using their influence, expertise, and resources to fulfill the unmet needs of the Great Commission.

Shortly after Mark’s experience, Anthony attended a Summit hosted by Issachar in Charlotte. At the Summit, he heard speaker after speaker talking about the amazing opportunity for ours to be the generation that completes the Great Commission. He was inspired and moved, and became convinced that God wanted Lexington to host an Issachar event, so that others in his town could hear.

Not long after, God arranged a meeting between Mark and Anthony in which they shared their experiences. Within months, Mark, Anthony, and five close friends from Lexington traveled together to an Issachar Summit in Atlanta, seeking God’s will. They were moved to tears throughout the day as they heard how God is on the move and about the opportunity to join him in finishing the task of the Great Commission. As they were driving home, the Holy Spirit impressed on them all that they must bring this message to the body of believers in Lexington.

Before they reached home, they had come up with a list of names of more than 300 marketplace leaders around Lexington and all over Kentucky, people they might invite to a Summit in their town.

As with any great plan, there were obstacles to overcome. First, Issachar had to be convinced that Lexington – with a population of only 325,000 – was a city large enough to host a Summit. Not to be denied, the group of friends gathered those key marketplace leaders in the city and shared the vision. The leaders confirmed God’s calling to move forward, and by God’s leading, 31 months after Mark and Anthony’s shared drive home from the Atlanta Summit, Lexington hosted its own event with more than 350 people in attendance!

A unified city says “yes” to an opportunity

Prior to the actual Summit, the church in Lexington was already uniquely unified. A ministry called the Lexington Leadership Foundation was connecting many partners to form a Lexington Prayer Room – a place where believers from any background could join in worship and intercession for the city and the world. And a new ministry was incubated – City for the Nations – which would help host the Summit and coordinate follow-up.

The Summit itself was an opportunity to catalyze the emerging effort in Lexington into something far greater. We had asked Issachar to provide us with a clear path for how we could use our influence and resources to help accomplish the Great Commission. One path presented was for Lexington to sponsor indigenous church-planting teams to go to unengaged unreached people groups (UUPGs) in Nepal – groups where no one has ever gone with the gospel, where there are no known believers or churches. There were 57 such groups in Nepal, and with recent changes in the country’s government, a window of opportunity had opened to reach those groups for the first time ever with the gospel.

When the Summit ended, 17 people had indicated an interest in sponsoring missionary teams – not a bad result at all. But God had plans for more. Several days after the Summit, God awoke Mark in the middle of the night with a plan: Mark and his wife were to personally fund the engagement of five people groups and invite others to do the same, with the goal of engaging all UUPGs in the nation simultaneously!

Several days after the Summit, God awoke Mark in the middle of the night with a plan.

The next day, Mark began making visits and calls (the first one to Anthony and his wife), and within three weeks, God delivered commitments totaling $1,200,000 – the exact amount needed to underwrite the cost of three-year engagement projects for all 57 groups!

Sending workers into the harvest

Within seven months, under the supervision of Issachar and through the efforts of four ministry partners, workers had been trained and dispatched to every one of Nepal’s 57 unengaged people groups. Within a few months, we began to hear stories of the first known believers in the history of the world among these groups; within a couple of years, there were believers and house churches in all 57 groups. We are now at the end of the three-year Nepal Engagement Alliance, and we’re thrilled to report where there was once no hope, there are now hundreds of churches and thousands of disciples!

We are now at the end of the three-year Nepal Engagement Alliance, and we’re thrilled to report where there was once no hope, there are now hundreds of churches and thousands of disciples!

Rick Warren describes the Great Commission opportunity using what he calls “Three Bs” – believers in every people group, the Bible in every language, and a Body – a church – in every place. Having crossed the “first B” finish line in Nepal, intercessors, marketplace leaders, mission agencies, and congregations in Lexington have united to pursue the second and third Bs in Nepal: the Bible in every Nepali language and bodies of Christ – churches – in every village, neighborhood, and suburb in the country.

Throughout this adventure, we’ve seen God answer Jesus’ prayer in John 17:23 – that we would be brought to complete unity so the world will know him – in our city as we work together to take Christ to every corner of Nepal. And City for the Nations has begun mobilizing intercessors in cities across America to pray for the effort in countries like Niger and Cameroon with large numbers of remaining UUPGs.

The Nepal Engagement Alliance has birthed an expectation of the Holy Spirit moving to rapidly finish the task in other countries around the world. Today, only a few hundred unengaged groups remain worldwide, and the pace of engagement is accelerating to hundreds of people groups each year.

At a December 2018 conference of an organization called “Finishing the Task,” mission agencies and churches “adopted” all the remaining UUPGs, committing to send a church-planting teams to every one of them by the end of 2020. The completion of Jesus’ command to make disciples of all nations is within sight!

Could your city help finish the Great Commission race? 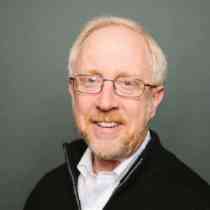 Mark MacDonald is a native of Lexington, Kentucky. He is an attorney, a CPA, and a partner in the regional law firm of Wyatt, Tarrant & Combs, LLP, where he specializes in estate and charitable gift planning. Mark is the cofounder of National Christian Foundation Kentucky and serves (in a volunteer capacity) as its President. 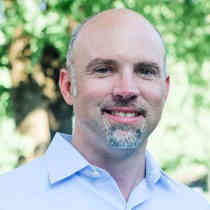 Anthony Humphress bought his first investment property in the fall of 2001. Nearly 20 years later, what started as a way to pay his salary at a non-profit has blossomed into more than 500 residents with Kampus Properties. Anthony is the owner of REAL Insurance & Craftsmen Contractors; co-founder of City for the Nations; and is on the Board of Advisors for the Issachar Initiative, Lexington Leadership Foundation, GO International, and DOOR International.