Nikki had been forced by her husband to sell her body on the streets of Denver. Her path changed when two homeless men approached her. She was offering sex. They were offering salvation.

After hearing their testimonies, Nikki broke open. She wanted to escape the sex-trafficking trade but needed help getting out. The two men guided her to the doorstep of the only place they could think of where she might be loved and not judged – Cherry Hills Community Church.

Why don’t victims just walk away?

Reason 1: The church is ill-prepared to care for victims.

When Nikki arrived at Cherry Hills, she was exhausted, strung out on meth, and suicidal. But they had no plan in place for someone like her showing up.

“You hear about the violators, the high-roller players, the politics, and the cover-ups, but you don’t hear about the girls,” said Michelle Woodruff, Cherry Hills’ local missions director. Now they had one at their doorstep.

“As Christians, we tend to live in disbelief – that this can’t really be happening. We didn’t know how to help someone who had just stepped off the streets.”

Women like Nikki need a support network, months of rehabilitation, counseling, job and life skills. When those resources aren’t available, some victims go back to the only thing they know: being exploited. Hoping to help her start a new life, Michelle and the church’s missions team persuaded Nikki to go to a local hospital emergency room, where she entered a detox program.

That was a Tuesday. On Saturday, Nikki appeared on the church’s doorstep a second time. Exhausted, filthy, hungry, and now in withdrawal, she had been released from detox and had nowhere to go.

Michelle – along with the executive pastor, and other members of the church’s leadership team – began calling authorities for advice. But Nikki refused to talk with police. She didn’t trust them. Word on the street was that police were part of the trafficking trade. She did, however, agree to talk with the FBI.

“We called the national FBI hotline and had two phones on hold waiting to see which would be picked up faster,” Michelle said.

When an intake officer answered, Nikki bravely recounted her story.

“It was hard to hear,” Michelle said. “She had been drugged. Men would come into her hotel room … she remembered addresses, places, names. We were just being wrecked by this woman’s journey.”

Michelle learned Nikki was 25 years old, had grown up five miles north of the church, and had lost custody of her three children. But the most devastating news was yet to come.

Reason 3: Husbands and boyfriends are often the exploiters.

It’s difficult to understand, but victims are often in love with their traffickers. In Nikki’s case, her husband was her captor. “She knew her husband was looking for her, and he knew where her children lived,” Michelle said. “She was terrified for her safety and theirs.”

“She knew her husband was looking for her, and he knew where her children lived.”

With the FBI’s help, Michelle and the Cherry Hills’ leadership convinced Nikki that contacting local law enforcement was the best way to keep herself and her children safe.

Reason 4: Victims may have to serve jail time.

The sheriff ran a background check on Nikki and discovered she had outstanding warrants. With a promise that the local FBI sex-trafficking task force would interview her on Monday, Nikki surrendered to the sheriff that evening. As part of the bargain, he promised to check on Nikki’s mother and children and do what he could to keep them safe.

Cherry Hills didn’t know how to help someone right off the streets. They do now. Does your church?

Reason 5: The burden of proof may fall on the victim.

Michelle followed up with the FBI task force on Tuesday. She learned Nikki had a history of drug use and mental delusions. Worse, the FBI could not help her.

“If ‘Nikki’ had been 17 years old – as opposed to 25 years old, the outcome of her story might be completely different,” Michelle said. “At 17, Nikki wouldn’t have had to prove coercion. But because she is an adult, Nikki had to prove she didn’t play a willing part in the allegations.”

There was nothing anyone could do. Nikki had gone from seeking help to serving jail time for her warrants. She was transferred to a facility north of Denver. “During the time she is in jail, she is desperately calling the church,” Michelle said. “But we had to have an account with the prison to talk to her.”

There was nothing anyone could do. Nikki had gone from seeking help to serving jail time.

While the Cherry Hills team was in the process of receiving authorization to speak with Nikki through video conference, Michelle received word that Nikki had been released.

“We didn’t know where she had gone,” Michelle said. Two days later, a Sunday, Nikki showed up on the church’s doorstep a third time. With no driver’s license and no money, she had walked back to Denver.

“She’s exhausted, hungry, dirty,” Michelle said. “And, I don’t know where I’m going to put her.”

The missions team scrambled to find a place for Nikki to stay. “When shelters learned Nikki was a sex-trafficking victim, they would turn her down,” Michelle said. “My sense is a regular shelter is not equipped to deal with the compound trauma of homelessness and sex trafficking.”

Cherry Hills put Nikki up in a hotel, only to discover later that hotel rooms often are where sex-trafficking victims are first traumatized. With no options, Michelle asked Nikki, “You don’t have a place to sleep tonight. You know the streets better than I do. What are your options?”

Nikki knew of a shelter in Colorado Springs, 70 miles away. The Cherry Hills team arranged for transportation.

Freeing victims from bondage doesn’t mean freeing them from making bad choices. Nikki needed to be in a safe, secure environment, away from the evils and temptations that stalked her. She needed a place where she could receive specialized, multifaceted care. But that place didn’t exist in Denver, not for sex-trafficking victims at least.

Instead, Nikki bounced from shelter to shelter and got pregnant.

At one time, Michelle heard Nikki was back on the streets. Another time, she was in a shelter in Denver. No one from the Cherry Hills team knows where she and her baby are today.

Michelle saw this series of events as a wakeup call to prepare. “The church cannot not be ready the next time a sex-trafficking victim comes to us for help,” Michelle said. “We believe God sent Nikki to give us a heart for women in this situation, and we intend to see his mission through.”

Seeing the mission through

S.A.F.E. Rockies uses a Giving Fund at NCF to facilitate the financial support of their mission in mobilizing a passionate alliance of purpose-driven partners who produce and pay for anti-sex trafficking solutions in the region.

Practically speaking, this means they plan to eradicate sex trafficking and exploitation in the Rockies by identifying the greatest funding needs on the landscape and going after those first. 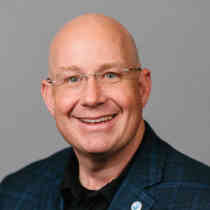 Eric Most is the President of NCF Rocky Mountains, based in Denver. It’s Eric’s extreme joy to work with generous individuals, business owners, leaders, and their families to encourage and facilitate God’s calling to be good stewards of all that God has entrusted to them and help them live out their giving strategies.  Eric’s greatest longing is to do all to the glory of God, and he is truly passionate about mobilizing resources by inspiring biblical generosity.