On Earth Day, we celebrate creation’s beauty and bounty. But if we stop there, we’ll miss the larger invitation. The day is also an opportunity to remember the inextricable link between people and planet – and to step into our calling to care for both.

Consider this: trees spin air into oxygen, which we take into our lungs, then our blood, then our hearts. Out of light and water a tree generates life for the world around it, from soil to salamanders. Our bodies rely on the earth for survival too. And the health of the earth depends on our ability – or inability – to tend it well.

In elementary school, we learn about the interconnectedness of people and the planet. We color worksheets showing how trees create oxygen for us and how we, in turn, produce carbon dioxide for them. It’s easy to understand the connection between humans and the natural world on the micro level.

Yet somehow, among Christians, this connection can become lost on the macro level. Conversations about environmentalism often carry a hint (or more) of suspicion. There’s a false tension at play between a life of faith and care for the natural world. Many wonder if they have to choose between caring for God’s people and caring for God’s planet, when in fact these two actions are inextricably linked.

The poor and the land

For millions of people around the world, there’s nothing abstract about dependence on trees, water, and soil. Of the 800 million people living in poverty, 85 percent reside in rural areas affected by an environmental crisis. The vast majority of the global poor are families who rely on their land to survive and much of this land is in crisis. These subsistence farmers, many of whom teeter daily on the edge of survival, are the first to be impacted by a changing planet. While damage to the earth impacts all of us, it’s felt most quickly and most acutely by the rural poor.

Often overlooked in conversations about environmental crises, these are the people who suffer most from drought, natural disaster, soil erosion, deforestation, and changing temperatures. When families can no longer make a living from their land, they go hungry. Parents pull children out of school because they can’t afford school fees. People are at greater risk of falling sick or falling behind on payments. Environmental damage also drives migration; those who depend on climate-sensitive livelihoods, like farming and fishing, are fleeing their land in search of other work, joining the ranks of the stateless and displaced.

Just as our bodies draw life from trees, the wellbeing of the world’s most vulnerable people hinges on the health of the planet. Caring for our global neighbors requires caring for the earth that sustains them.

In the second chapter of Genesis, God gives Adam what Old Testament scholar Ellen Davis calls “the first human job description.” Verse 15 reads, “The Lord God took the man and put him in the garden of Eden to till it and keep it” (NRSV). Most Christians are familiar with this language.

But as Fred Bahnson writes in his book Soil and Sacrament, translating the original Hebrew into “till” and “keep” misses the tenderness embedded in the original language. The Hebrew words ‘avad and shamar more closely point to a kind of ongoing service; a posture of care for the earth that we are called to uphold. This stewardship is an essential piece of our identity as beloved children of God.

As people who don’t have our hands in the soil daily, this calling might feel irrelevant. That’s why those of us who live in urban, affluent areas have so much to learn from the rural poor. As we do our best to love God’s people by protecting God’s earth, we can look to those most impacted by environmental degradation to teach us how to embody this calling.

An example from Africa

We might look to someone like Michel, a husband and father who lives in Burundi. Michel and his wife Noadie have eight children – five boys and three girls. They make a living from their farm, their livestock, and Michel’s occasional carpentry work. For a long time, Michel farmed the only way he knew how, using techniques passed down to him that depleted the soil and made his land less and less productive. His family survived on little income and crops that seemed to shrink each year.

A few years back, Michel joined agriculture training offered by Plant With Purpose, a Christian organization that reverses rural poverty by restoring local environments. He learned new ways of farming that brought life back into his land. As Michel rebuilt his soil and planted trees, he transformed his little corner of the earth.

The soil became more fertile, and so the process of renewal for which God designed it was restored. A field that once produced 150 kilograms of corn now grows 400 kilograms. The family’s vegetable plots and backyard garden abound with tomatoes, amaranth, onions, aubergines, beetroots, and celery. Michel and Noadie can feed their children full and balanced meals instead of scraping by.

As part of this work, Michel planted trees on his land. “I have discovered that combining trees with crops is not only good economically, but also contributes to the quality of the air we breathe,” he says. “It protects and fertilizes soil and preserves the climate that we know and the biodiversity we need.” Now hundreds of trees grow amidst his crops and more than a thousand grow on the outskirts of his fields. The green rings his land like a wreath. The trees and the life they bring, he says, “will put my children through university.”

Michel reminds us that when we care for creation, creation thrives and in turn sustains us. “Farmers like Michel have taught me that choosing between people and the environment presents a false dichotomy,” says Scott Sabin, CEO of Plant With Purpose. “He and his family are growing in prosperity while they restore the land they depend on.”

Because the rural poor are the most immediately impacted by a changing climate, they also have the most potential to renew the earth. Michel’s intimacy with the natural world reminds us of our first calling: to care for our corner of the planet. “One of the most exciting things to me is to see people like Michel take the lead in teaching all of us about earth keeping,” says Sabin. If we pay attention, they will show us how to ‘avad and shamar the land we call home.

What can you do on Earth Day?

Where does this leave those of us who long to love both creation and our neighbor? As we celebrate Earth Day on a planet that requires our care, what can we do?

This month, we can set off the way all journeys start: with a few steps. Start by learning from those who are impacted by a changing world. People like Michel are telling us that their land is changing, the rains are disappearing, and temperatures are rising. Let’s listen.

Read about the connection between faith and environmental stewardship. (A few suggestions: Replenishing the Earth by Wangari Maathai; Scripture, Culture, and Agriculture by Ellen Davis; Soil and Sacrament by Fred Bahnson; Stewards of Eden: What Scripture Says About the Environment and Why It Matters by Sandra Richter.)

Steward your resources, from the garden in your backyard to the savings in your bank account. Pray into this calling, remembering with David in Psalm 24 that the earth is the Lord’s and everything in it.

Everything is worthy of our care, and everything – soil, trees, people – holds the potential for transformation. The work of God is to make all things new, and we’re invited to participate in this work by protecting and loving the world around us.

All photos: Plant with Purpose 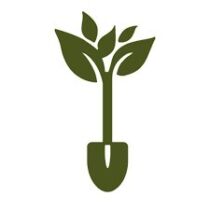 Plant With Purpose is an international nonprofit organization working at the intersection of faith and the environment. Plant With Purpose aims to restore ecosystems, eradicate poverty, and strengthen relationships throughout all of creation. The organization’s locally led model promotes savings groups, tree planting, sustainable agriculture, and church partnerships to transform rural watersheds in eight countries.

Video: Do you love your Bible as much as this Kenyan tribe does?