On April 9, a long-inactive volcano, La Soufrière, began to erupt on the island of Saint Vincent. Operation Mobilization’s ship, Logos Hope was not far away when it happened – with water-desalination equipment on board. This is a story of mutual generosity and God’s amazing timing and providence.

Over five decades, Operation Mobilization’s ships have travelled to 150 countries sharing the gospel, distributing books and aid supplies, supporting communities after natural disasters, and coming alongside to help those who are marginalized in society. The volunteer crew are mostly young people who have come from more than 60 different nations to serve and grow in their faith.

From late 2020 to early 2021, Logos Hope had been docked in the Caribbean port of Kingstown, Saint Vincent. There, they were not only able to receive supplies and a crew changeover amid the challenges of the pandemic, but the island’s health authorities also counted the Logos Hope crew of about 250 among their population and offered all on board the opportunity to be vaccinated against COVID-19.

The ship departed the island in early March for Curaçao, in preparation for annual maintenance. But when vaccinations became available, the vessel headed back to Saint Vincent. That’s when the volcano – which had been rumbling and smoking for months – erupted, blanketing Saint Vincent in ash and debris and causing thousands of people to flee their homes.

On the two-day voyage there, Logos Hope’s crew gathered as many relief supplies as could be found on board. The ship’s engineers desalinated as much water as possible at sea, so the tanks were filled to the brim and they could pump off 40,000 gallons of drinking water to Vincentians whose supply was contaminated. A fire truck made two runs to take fresh water to a prison of 400 inmates, where crewmembers have ministered on previous visits to the island.

In just a 24-hour call in Kingstown, crewmembers gave out 1,400 water filter systems, 250 buckets, and seven water barrels. They supplied more than 500 items of clothing and shoes, hundreds of hygiene packs, freshly baked bread and frozen food, as well as books and gospel resources. People came to the quayside to receive prayer, and there were many meaningful conversations about faith in Christ.

Being able to minister to islanders in this way was a great boost to the ship’s volunteers, whose usual outreach has been curtailed by the pandemic. “We acknowledge God’s timing and the blessings of kingdom partnership, in that our crew could reach out at the same time as anyone on board who wished to receive a COVID vaccination could take up that generous provision from Saint Vincent to the Ship Ministry,” said Seelan Govender, OM Ships’ CEO.

The Logos Hope team plans to return to Kingstown in a few weeks’ time, after annual maintenance, to rejoin their partners in the volcanic clean-up effort and continue to work alongside the community on the island.

In addition to ministering on land in 115 countries, Operation Mobilization also operates this ocean-going ship to bring literature and God’s love to port communities. Learn more about OM Ships. 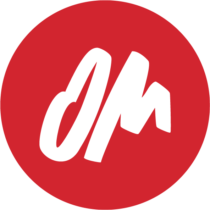 Help for Ukraine: 20+ charities on the frontlines