Casey Crawford, founder of Movement Mortgage, is a man with a powerful corporate mission – to love and value people. This former NFL tight end has inspired a culture of generosity to transform his company, his community, and possibly the entire future of education for America’s underserved children.

When Casey was growing up in Washington, DC, in the 80s, the city was considered to be the murder capital of the country, with many of its urban communities gripped in the throes of the crack epidemic. It was here in the city’s toughest neighborhood that Casey first witnessed the realities of poverty that would leave an indelible impression on his life.

“While I grew up in a pretty stable blue-collar neighborhood,” Casey says. “My dad ran a hardware store in the worst part of the city. So, I got a really close, firsthand look at the struggles that the urban poor face each and every day.”

Over the next 20 years, Casey’s journey would take him from these humble roots to a Super Bowl Championship with the Tampa Bay Buccaneers and eventually to the world of finance as founder and CEO of Movement Mortgage. As one of the fastest growing mortgage lenders in the country, Movement has $33 billion in total loan volume and 5,320 staff members, all guided by a simple mission – to love and value people.

“When I started this business, I had this deep sense of responsibility to create a company that really honored God and his calling to love him and love our neighbors as ourselves,” Casey says. “But I had no idea practically how to do that.” But when Casey called the National Christian Foundation (NCF), he connected with team member Dan Glaze, and the pieces began to fall into place.

“I had this deep sense of responsibility to create a company that really honored God and his calling to love him and love our neighbors as ourselves.” 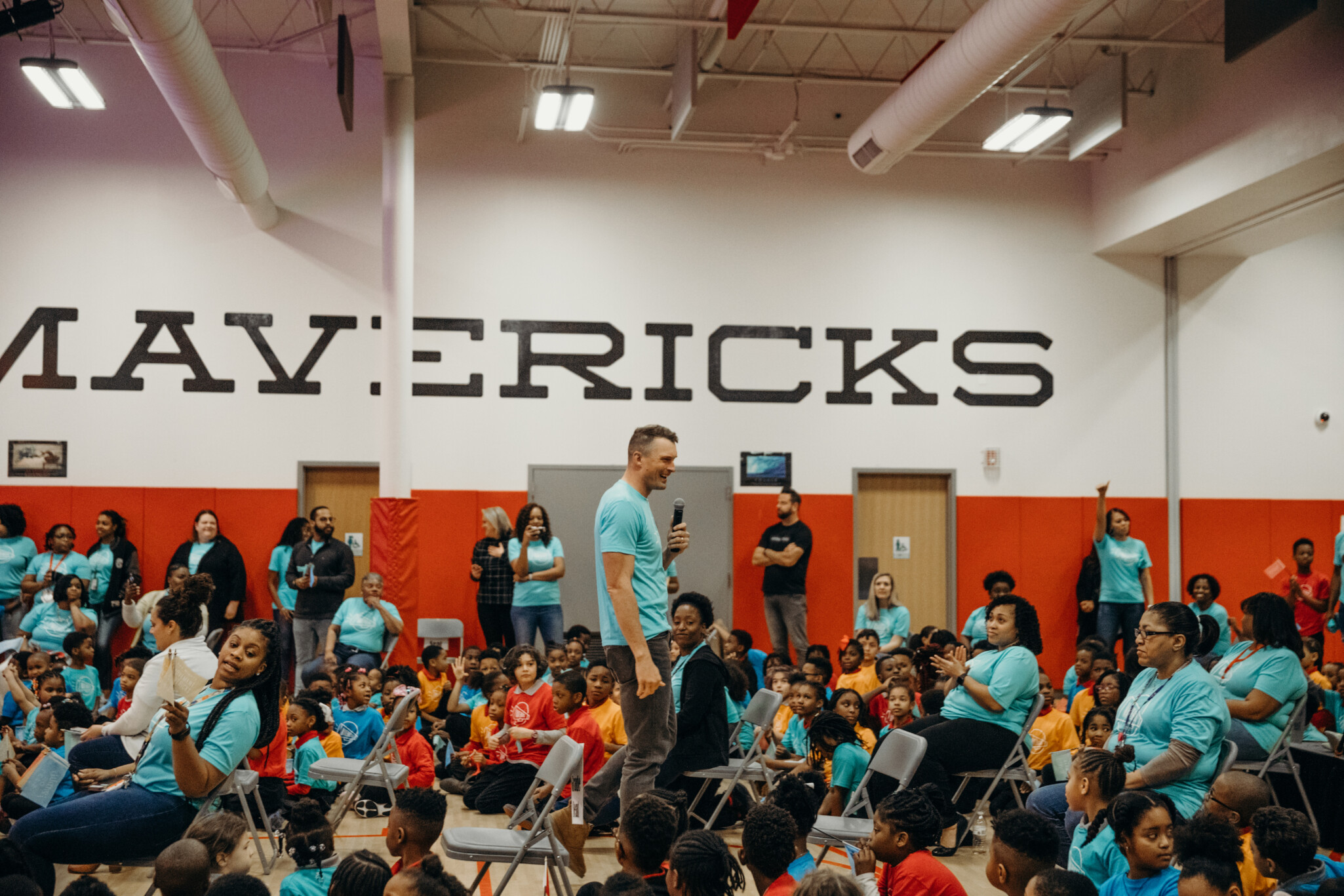 Movement has $33 billion in total loan volume and 5,320 staff members, all guided by a simple mission – to love and value people.

As Casey developed ways to build a generous culture with his own team members, NCF helped provide creative giving solutions to maximize the charitable impact Casey could have with his business profits. This eventually led to establishing the Movement Foundation, which is a Supporting Organization (SO) at NCF.

“We’ve been on this journey together for almost 12 years,” Casey says. “We think about how we can honor God and see his kingdom extended even with our company profits. Very early on, I set income limits on myself, and we then went on to maximize our giving.”

“What our relationship with NCF has helped us do in incredible ways is to take advantage of available tax deductions so we can increase the giving. Our goal is to maximize charitable dollars distributed out and through the Movement Foundation. And the more tax-efficient options we are able to use, the more we get out to love the marginalized, both in the U.S. and around the world.”

“The more tax-efficient options we are able to use, the more we get out to love the marginalized, both in the U.S. and around the world.”

To date, the Movement Foundation has mobilized more than $360 million to fund countless global and local causes, including Casey’s most recent passion. “When I looked back over the impact that I wanted to make in life, my heart was immediately drawn to those same kids that I’d grown up with in the tough areas of D.C.,” Casey says.

“When we started looking at ways to provide more opportunities, the institution of education just rose to the top. We decided to offer educational opportunities through public charter schools that can change the trajectory of these young kids’ lives.” 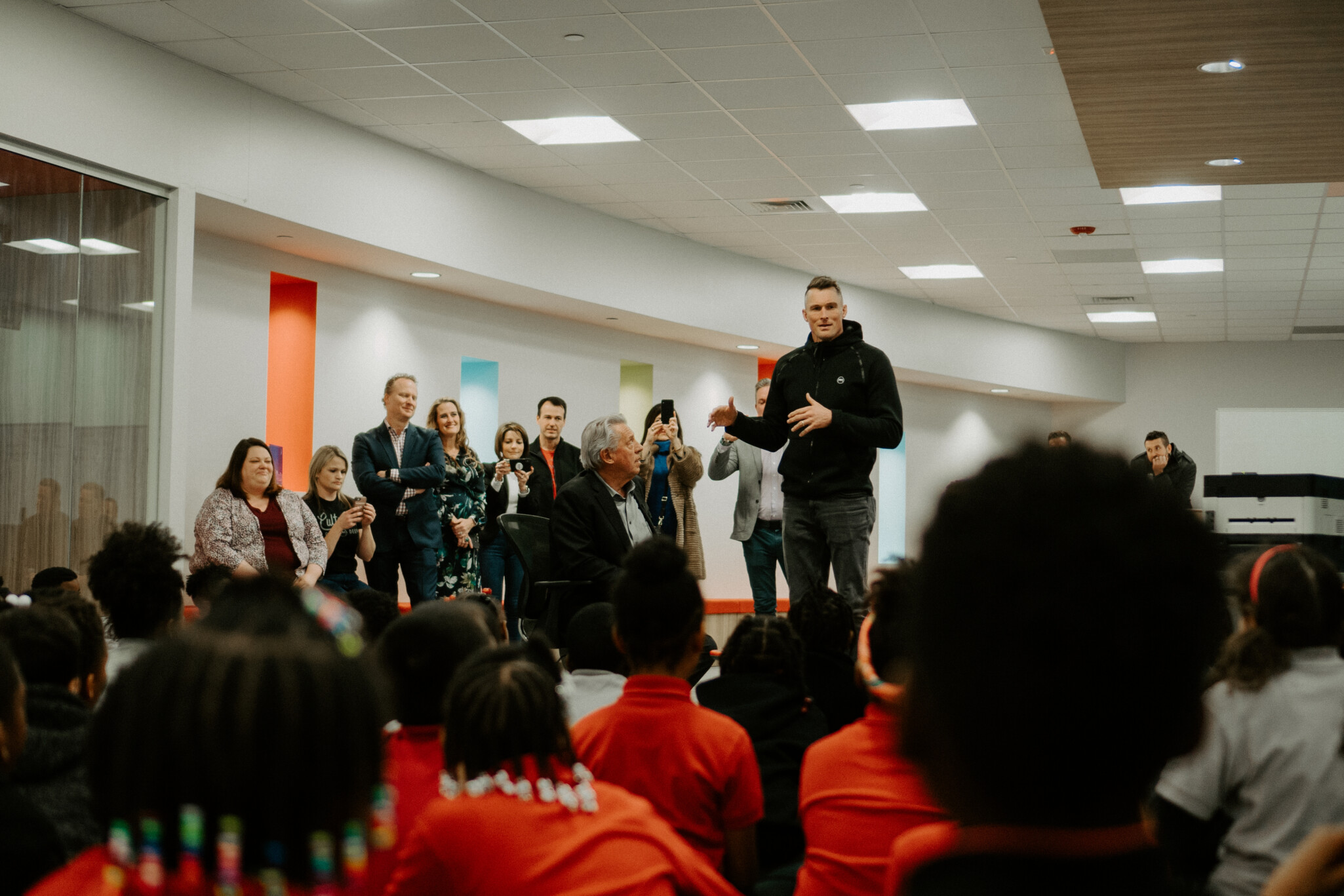 To date, Movement Foundation has mobilized more than $360 million to fund countless global and local causes.

This initiative has led to the current establishment of three Movement Schools – state-of-the-art, tuition-free, charter schools in under-resourced communities­, with two more on the drawing board. The ultimate goal is to build 100 more schools in 10 years to help create a new vision for education across the U.S.

The corporate focus on generosity has had a profound effect inside Movement through the team’s shared purpose and the atmosphere of abundance. “I use the word community a lot when I talk about our company, and here’s why,” Casey says. “We have over 5,000 people with a common unity, which is that we exist to love and value people. We’re not a company that is simply organized around a product. We’re actually a community of people who are organized around a purpose.”

“I think it infuses a life and energy into our corporate community to eagerly expect what God’s going to do next as we let what he’s just given us flow back out to the people he’s called us to care for.”

If Movement’s culture of generosity sounds encouraging, Casey says every Christ-centered business leader has the same opportunity to step into his or her calling. And he hopes more will find ways to express to the current culture what Jesus meant when he commanded us to love our Father and love our neighbors.

“There is an incredible opportunity in America today for Christian business owners to step back into this important work that God’s called us to,” Casey says.

Watch Casey’s inspiring story, or fill out the form below to connect with your local NCF team.