NCF Northwest Board of Directors 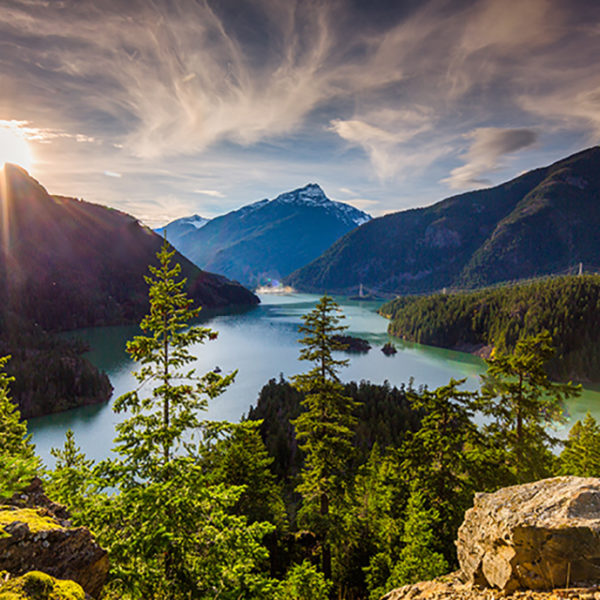 April Chapman, Board Chair
April worked in the tech industry for 20 years including a tenure at Microsoft, managing teams responsible for early MSN Internet properties and orchestrating key partnerships. Prior to Microsoft, she developed groundbreaking software products in areas such as remotely piloted aircraft and manufacturing control systems and taught nationally on software technologies. April left Microsoft to start a consulting firm to advise non-profits on Internet strategy. She is now working with Christian-led organizations locally, nationally and internationally to help maximize their economic, social and spiritual impact. She will gladly engage  on the topics of innovation, the power of generosity, or the importance of influence, identity or happy marriages! April is Co-Chair of the World Vision Innovation Fund and serves on several boards including Praxis, Impact Foundation, Generous Giving, Solomon’s Fund and the National Christian Foundation-Northwest. She and her husband, Craig, have boy/girl twins and love the challenge of balancing home life with the call to serve. April holds an Oxford Diploma in Strategy & Innovation and a BS in Computer Science from UC, Irvine.

Steve Atkinson, The Bible Project
Steve is the Executive Director at The Bible Project overseeing internal and external operations for The Bible Project. He has decades of experience in the marketplace in sales and marketing, serving as SVP Engagement Team at Generous Giving and President of the Masters Plan Foundation. Steve is passionate about the biblical message of generosity and helping others make the connection between God’s grace and our giving. Steve and his wife Nancy live in Portland, Oregon and have two grown daughters.

Craig Chapman
Craig Chapman is an accomplished development engineer and architect with 30 years’ experience developing advanced software systems and managing teams of software and hardware engineers. He co-founded INRIX, a venture-capital backed traffic and navigation company located in Kirkland, and he was an executive at Microsoft. Prior to Microsoft, Craig worked at Span Instruments, AST Computers, Orange Coast Community College, Basic Four Information Systems and Burroughs Corporation. Craig left full-time status in 2011 and now – along with his wife, April – devotes his time to his family and Christ-centered ministry work, including National Christian Foundation, World Vision, Union Gospel Mission, Family Life, Stronger Families, and others. Craig and April are members of Overlake Christian Church and parents of twins (boy and girl) who prove conclusively that God creates every one of us as a very unique individual.

John Davis, Attorney & Partner at Lynch Conger McLane LLP
As a business and real estate attorney, John assists entrepreneurs, nonprofits, farmers, and businesses in complex and multi-state transactions involving business law, finance, real estate, and estate planning. He graduated summa cum laude from George Fox University, where he served in numerous leadership roles while committing to serve meals to the homeless on a regular basis in downtown Portland. He dedicated one year of service through the AmeriCorp*VISTA program serving as Programs Director for a community nonprofit organization then returned to Willamette University College of Law, where he obtained his law degree, graduating first in his class as Valedictorian. John currently serves as President of Emerging Leaders for Oregon, which is dedicated to identifying young, vibrant, articulate leaders of the next generation and motivating those individuals to serve in political and civic roles. He is a board member with Wilsonville Young Life, continuing his decade-long commitment to the organization’s work. John is married to his college sweetheart, Sarah, and they reside in Wilsonville.

John Hall, CEO, 16 Degree Advisory, Inc.
John is founder, owner and CEO of both 16 Degree Advisory and Innate Guidance Systems, both technology-based firms. John believes there is an incredible opportunity to leverage what he has learned in the business world to propel the college market in guiding students into fulfilling and engaging careers. Besides bringing his business experience and leadership to NCF, John has served as Chief Ethics and Compliance Officer for a $100 million technology business that served the governance, risk and compliance community. In addition, John has other business ventures with two wineries, a digital marketing agency and an investment firm. John advises several for-profit companies and non-profit organizations, along with serving on several boards such at Young Life – Oregon & SW Washington Region. John and his wife Julia have been married for 25 years and are the parents of two college-bound children.

Philip R. Laube, Hagen, Kurth, Perman & Co., P.S.
Phil is an Owner and President at the CPA firm of Hagen, Kurth, Perman & Co., P.S. with a specialty in the area of taxation. Phil applies his tax expertise and expands his business knowledge in five key areas: the closely held family owned and managed business, the commercial fishing industry, the medical industry, manufacturing, and the not-for-profit organizations. Phil started his career at KPMG Peat Marwick where he performed both audit and tax services.  Prior to joining Hagen, Kurth, Perman & Co., P.S., Phil volunteered for a special accounting project for the Indonesian operation of Mission Aviation Fellowship, a non-profit organization that operates a flight program to support various mission organizations in remote areas around the world. Phil has a Bachelor of Arts degree from the University of Washington and has attended classes at Golden Gate University Graduate School of Taxation. He is a member of the American Institute of Certified Public Accountants and the Washington Society of Certified Public Accountants. Phil and his wife Cheryl have lived in Seattle for the last 35 years where they raised their 3 children.  They are active in their church in the areas of music and Christian education.

Richard Leong
Richard Leong spent most of his 42-year professional life as a ‘corporate nomad’ living, working, and traveling throughout six different continents thus mastering the art of maximizing travel rewards. During his spherical career he held several key executive positions in premier equipment and technology suppliers to the energy sector including General Electric, Cameron, and most recently Exterran. His fields of expertise include marketing, business development, and strategy. Before retiring from corporate life in 2014, he served as Vice President of Sales and Business Development with Exterran in Dubai, UAE where he was responsible for growing a $300 million oil and gas technology business serving the Middle East and Europe. Richard and his wife, Elina, are very proud of their two grown daughters, son-in-law, and two very active grandsons. Now living in Bellingham Washington, Richard is constantly seeking opportunities to leverage his faith, and corporate experience within the church, non-profit organizations, and the local community. He was recently named Executive Director of Illuminate NW, a recently formed non-profit organization whose vision is to transform the local business community for Christ, one leader at a time.

Alanna Linden, Sr. Vice President, National Christian Foundation
Alanna Linden joined National Christian Foundation Raleigh in June of 2005. In her role as President, Alanna led the strategic vision and growth of the Raleigh office growing from 40 Giving Funds to 538, and facilitating over $100 million in grants. In October 2016, Alanna began serving as SVP of Network Relations for NCF National and was appointed to the Board of NCF Northwest. In her Network Relations role Alanna ensures NCF provides the same high level of experience and expertise to givers across the country. Alanna and her husband, John, live in Rolesville, NC and are founding owners of Provision Audio/Video Solutions. Alanna enjoys seeing the amazing ways God’s stewards use their talents in the business world and as they support ministry work around the world. The scripture that has most captured her passion around giving is Matthew 6:21 -“For where your treasure is, there your heart will be also.”

Heather Tuininga, 10|10 Strategies
As Principal of 10|10 Strategies, Heather enjoys helping families, businesses, and organizations “move the needle” on issues they care about while experiencing the freedom and joy that comes from generosity. For over 20 years, Heather has been helping people and organizations flourish financially.  Her roles have included philanthropic advisor to many families and businesses, executive director of a private family foundation, program officer at the Bill & Melinda Gates Foundation, and fiscal analyst for the Washington state legislature.  A native of Washington state, Heather holds a masters degree in Public Policy from Duke University and a BA in Political Science and Economics from Central Washington University, where she was a Presidential Scholar. Heather has been featured in magazines, podcasts, and on television for her expertise in philanthropy, and emphasis on generosity bringing joy to givers and recipients alike.  Heather demonstrates her passion for good stewardship and generosity by providing volunteer financial coaching for families in need and speaking frequently on the joy of generosity.  She is a volunteer champion for Generous Giving and on the board of the Strategic Alliance to Fight Exploitation. Heather enjoys golf, hiking, camping, travel (especially to Africa), country music, and dinner parties under the stars with good wine and good friends.

Kendra VanderMeulen, President, National Christian Foundation Northwest
Kendra VanderMeulen joined National Christian Foundation Seattle in 2007 as its first President.  She is a veteran of the wireless telecommunications industry, having served as the Executive Vice-President, Mobile at InfoSpace and as the Senior Vice-President and General Manager of the Wireless Data Division of AT&T Wireless.  She is currently an active Board Member and Advisor to a variety of companies in the wireless Internet arena, as well as being active in her church and other non-profit work.  Kendra also helped found SoulFormation, a ministry which provides spiritual direction and encouragement to Christian leaders, particularly pastors and missionaries.   In addition to her work with NCF, she currently serves on the boards of National Christian Foundation, B-Square, Inc., and Inrix, Inc. Kendra holds a Bachelor of Science degree in mathematics from Marietta College and a Master of Science degree in computer science from Ohio State University, where she also received the Distinguished Alumna award in 1990 from the College of Engineering.  She is the recipient of the 1999 Catherine B. Cleary award as the outstanding woman leader of AT&T. Kendra has been married to William Snider for more than 30 years and has two adult children and two grandsons.