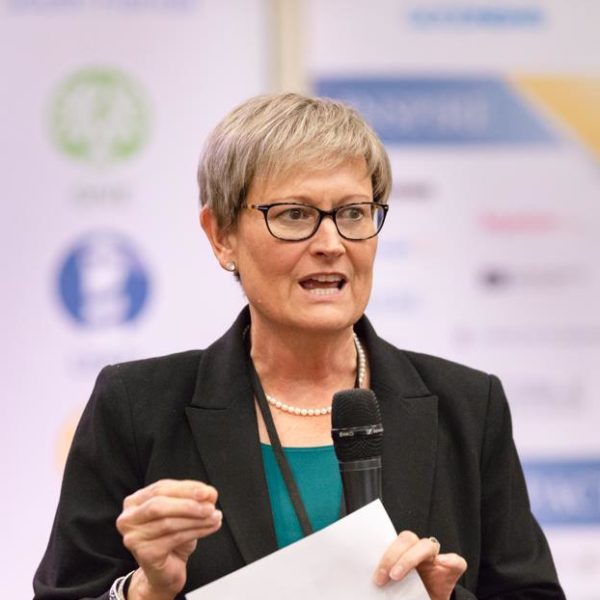 Ginger Martin is the President and CEO of American National Bank, which proudly celebrates over 33 years of building relationships – Ginger Martin has been with the bank since 1997.

Ms. Martin’s passion for fighting against human trafficking has led her on a mountain climbing journey with The Freedom Challenge since 2014. With five climbs under her belt thus far, including a noteworthy climb of Mt. Kilimanjaro, Africa in 2015, Machu Picchu, Peru in 2017, and Mt. Whitney in 2018, Ms. Martin has tirelessly raised funds and awareness for the women and children who are victims of human trafficking. As a result, Ms. Martin has been asked to speak to a multitude of different groups throughout South Florida, including a recent TEDx Talk, to tell her story of climbing Mt. Kilimanjaro and the leadership lessons learned along the way.

Under her leadership, the bank has received numerous awards for its financial performance and community involvement, such as the 2018, 2017 & 2016 Banky Award from The Institute for Extraordinary Banking, Business of the Year Award from South Florida Business Journal, and Small Business of the Year from the Greater Fort Lauderdale Chamber of Commerce. The Commonwealth Institute named the bank one of the “Top 50 Women Led Businesses” in the state of Florida in 2018, 2017, 2016 & 2015.