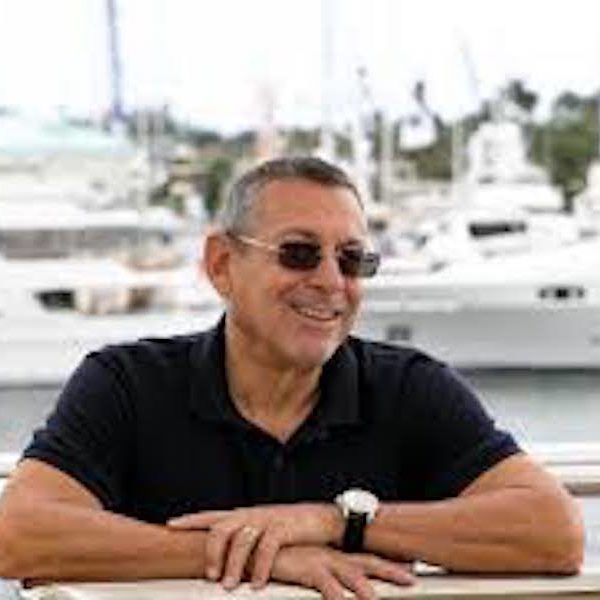 Ken Denison was raised in the boat business as the youngest son of Frank and Gertrude Denison, founders of Broward Marine. Ken graduated from the University of Miami in the late ’70s and then worked in real estate in Michigan prior to joining the company business in 1983.

His role as vice president of New Boat Sales and Construction ushered in a new era of marketing, not only for himself but for the industry. Ken also has given insightful commentary, and is known as a leading voice, on the history and evolving market of American-made yachts. Considered a marine marketing innovator, he brought the concept of the Yachting Rendezvous into place for the first time. These events grew to an annual Broward Marine Summer Cruise in New York, Newport and Nantucket as well as the Ocean Reef events.

In addition to these yachting events, Ken was one of the first to uniquely and successfully “brand” a yacht builder by instituting an ongoing program of print advertising using double-page spreads with very little copy, and primarily just the headline “IT MUST BE A BROWARD” (which became an industry icon). It’s a hefty resume that all began at what was once revered as “the industry’s most prolific shipyard.”

After he left Broward, he co-founded the single largest marine charity event, the Boys and Girls Club of Broward County Yacht Rendezvous, raising millions of dollars each year for the Broward County chapter of the club. The marketing success also brought with it great prominence for this U.S. based company during Ken’s time there, with over 80 new boat sales. In 1993, for the first time, Broward Marine had the number one order book in the world, beating the largest builders globally.

He founded Broward Yacht Sales in the late ’80s along with his partner Chris Daves, which then became Denison & Daves in the late 1990s.

Ken’s track record of sales for nearly the past 20 years has been impressive as he’s focused primarily on new, much larger build projects for clients at several of the world’s most prominent yards, including Lurssen, Abeking & Rasmussen, Oceanco, Hakvoort and Westport. His experience as a yacht builder affords him a unique understanding and perspective of the process, something that serves his clients and their respective projects well.