John Putnam is the President of our NCF Carolinas office and a former financial advisor. He’ll be writing for us this month about couples, money, and giving. Today, he talks about some young newlyweds who started out early and laid sound financial foundations. Following biblical wisdom saved this couple from crisis, and it led to them being able to live debt free.

As I was getting close to the end of my career as an advisor; I was in Atlanta visiting the ministry I was likely going to be joining soon. In the meantime, my practice was still in full swing, and I was actively serving my clients. During a break between some meetings, I checked my email and saw a message from a couple I hadn’t heard from in some time. The message was short, but it brought back a flood of memories about my journey with them.

I met Bob and Jane* about 12 years earlier. They were both launching their careers: one as a doctor, and the other as an attorney. They were young and fresh, starting life together and living free. They didn’t have very much, and even if they had, they wouldn’t have had the time to enjoy it. Young professionals are not known for keeping 40-hour work weeks. They were overworked and underpaid, but they had joy between the two of them.

I loved working with them. They were smart, coachable, and wanted to start out on the right foot with their finances. I covered all the basics with them, and they were off and running. They were good at it too. It wasn’t long before they were in a healthy rhythm of annual review and planning together.

They did two things very well:

So, I was not surprised to get a call from Bob one winter day.

They’d just gotten back from a ski vacation with some friends, and they’d seen a house for sale. It was right on the slopes. Ski in; ski out – paradise. It was very expensive, but if they and their friends went in on the house together, they could afford it by using their budgeted vacation fund.

It’s all they talked about with their friends the whole vacation. They could go on weekends together. And, best of all, the realtor told them they could rent this perfect house for enough money to cover almost all of the mortgage and property taxes. Shopping for real estate on vacation is like shopping for groceries when you’re hungry, and this couple was very excited about buying something that might not be good for them.

Bob had already run it by his CPA, who was all for the new investment. But it had been their habit to call me to talk about things like this. So, when he did, I quietly listened as he pitched the idea to me.

The math worked – as it usually does when you’re really excited about something you want. But there is a place where math stops, and you begin. Sure, it was a good deal with a great upside. I echoed everything the CPA had shared.

Then I walked through some additional, financial questions they hadn’t considered. Looking back on what I told them, I realized how solid financial principles are often based in God’s Word.

Bob made his decision and was not looking forward to telling Jane. Maybe I wasn’t a popular person with them in that moment. But time passed, they did not buy the house, and they put their extra money toward their home mortgage, to accelerate its payoff.

That had been years ago. Honestly, I’d forgotten about it until I got that email. It was short and sweet:

I just wanted to say “thank you” for your help over the years. I wanted to let you know that we sent in our last mortgage payment today. We are now 100 percent debt free.

By this time, they were in their early 40s. They had no debt. No lenders in control of their financial lives. They could vacation anywhere they wanted! And, as a bonus, they dodged the unanticipated impact of the largest economic disaster in recent history. For Bob and Jane, less was truly more.

For the rest of us, “less is more” may mean simply having an honest conversation with our spouses about all the stuff we have and all the stuff we think we want. It could also include a straightforward look at the amount of time and energy that goes into sustaining or increasing our current standard of living versus giving to the things we care about.

So often, I see couples choose their lifestyle before they chose their life. They buy houses before they know what kind of life they want to live and what size family they hope to have. Many begin to pursue wealth as a goal early on, with the result of almost abandoning their pursuit of Christ (instead of setting themselves up financially to follow however he might lead.)

I’d like to tell you that Bob and Jane, now free of debt, dedicated the rest of their lives to giving those thousands they were paying on their house to ministries. The truth is, I don’t know. What I do know is that making wise financial decisions from the beginning of your marriage and choosing wisdom over pursuing wealth and stuff does set couples up to give more later. And it often helps them to avoid some serious struggles in the process. 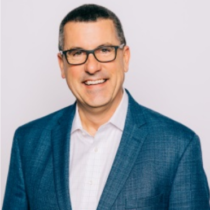 John is President of NCF Carolinas serving high-capacity families in their stewardship legacy and charitable planning. John is an author, professional speaker and enjoys sharing through media.

How is God calling you to change the world?

3 questions for a values-based, impact-driven legacy

How big is your shade: A generosity devotion for Thanksgiving

2 activities to help you focus on gratitude with your family

How (and why) to tell your generosity story

3 kinds of capital we pass to our heirs