What does it look like when a company establishes itself by claiming their business will all be for the glory of God … and then sticks to their guns? Even when it takes a miracle, the work continues, and people learn about Jesus because of a founder’s commitment.

Bill Yeargin, President and CEO of Correct Craft, describes the rich history and faith culture of his company. Correct Craft, which builds Nautique boats, was founded by the Melloon family with this mission statement: “To build boats for the glory of God.”

Along with many faith initiatives, they first strive to live in such a manner that employees, who may never go to church, come to Christ.

During World War II, the company was assigned by the US government (along with several other companies) to build more than 400 boats in 30 days. This meant Correct Craft was expected to work on Sundays. Despite the pressure and huge output expected of them, the company stayed true to their ‘no work on Sabbath’ commitment and succeeded in making the deadline! Meanwhile, the other companies with the same task worked Sundays but fell short of the goal. From then on, the company was famous for both its work excellence and commitment to faith culture.

Watch the video below for the rest of the story. 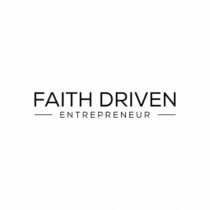 How Africa is converting China

Wealth creation: A godly gift or a command