Dave Munson, owner and CEO of Saddleback Leather Company, is designing his own coffin … out of really high-quality leather … on wheels.

“I’d gone to this funeral recently, and the guy was a really neat guy, and his funeral was like … eh,” Dave says shrugging his shoulders just a little. “When I die, I’m going to have it on like whatever the equivalent of Facebook Live is then, so hopefully millions of people … let’s just say hundreds of people are going to watch the funeral, and they’re going to hear the gospel. But it’s gonna lure them in because of my cool coffin. Wouldn’t that be super cool?”

When Dave was 19, he went on a mission trip that felt like the start of a calling. “I felt like ‘that is what I want to do with the rest of my life.’ I don’t wanna waste my life. I wanna reach people for the kingdom.” He just knew he was on mission for the rest of his life.

So when someone came up to him and said, “Hey Dave, we really need someone to go down to Mexico and teach English,” he jumped at the chance and headed south of the border, to Morelia. When he got there, something inside him made him long for a really great bag to carry his books.

So he prayed for a bag, the coolest bag ever, an evangelistic bag (if such a thing existed). God’s answer was more than a bag, and it came with an eventual question: Can you do business if you know God’s called you on mission? The answer, told through the story of Dave, his family, and their business, is an inspiration, and also a lot of fun to watch.

Watch the video to learn about how faith, beauty, quality, and love can build a highly successful business.

Watch the video at Faith & Co. 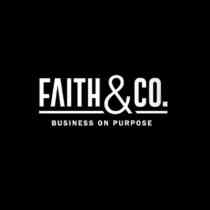 Faith & Co. is a documentary series by Seattle Pacific University which highlights the struggles, triumphs, and stories of people like you: people wrestling with what it means to live out business as their calling. Through these inspiring examples, filmed across three continents and 18 U.S. cities, and featuring a wide range of industries —tech, health care, retail, and property development they seek to provoke questions and provide insights about what it means to act as faithful followers of Christ in business. Faith & Co. challenges traditional assumptions and hopes to inspire you to re-imagine business practices to more closely align with God’s creative and redemptive agenda.

Fostering an attitude of gratitude

Wealth creation: A godly gift or a command