Many businesses today have plans for charitable giving. They are led by men and women who view themselves as stewards, rather than owners, and the assets they manage as belonging to God.

With the right strategy, millions of dollars are being transformed into vital support for ministry work, and the lives of owners, their families, their employees, and their communities are being changed in the process. Here are the key ideas:

Hundreds of successful business owners throughout the country are discovering the unique ways in which they can use their businesses as engines for generosity. Let me explain it using an example, a real-life couple we’ll call the Keplers.*

Bill and Katrina Kepler own and operate a water damage restoration company. The company produced about $1 million of net profit last year and was recently valued at $10 million. The business has grown by double digits from its inception 12 years ago, and it’s expected that the company’s performance will continue for the foreseeable future.

The Keplers are a generous family who give approximately $100,000 annually to various charities. In addition to supporting their local church, they are actively involved in supporting missions helping their city’s homeless community, and they have a deep passion for combating human rights abuses globally – especially human trafficking. They also give very generously of their time.

Considering their healthy annual income, Bill and Katrina live a relatively modest lifestyle. They live exclusively on the $200,000 salary that Bill receives from the company. Because of the high growth prospects the business has enjoyed from its inception, Bill has always reinvested most of his profits in the business. However, reinvestment has limited the Keplers’ capacity for charitable giving. They would love to give more, but they simply lack the available cash resources with which to do so. Or so they thought.

An engine that accelerates generosity

Then a savvy advisor shared a strategy with the Keplers that allows them to increase their annual giving dramatically, even doubling their current cash giving, by using their most valuable financial asset – their business.

The Keplers’ advisor explained how they could gift a relatively small interest in their business each year to secure the maximum charitable deduction allowed under existing tax rules. When giving both cash and assets to charity, taxpayers can generally deduct up to 50 percent of their income each year for their charitable contributions. Of that total allowable deduction, they may deduct up to 30 percent of their income for the asset gift portion of their giving.

Why use a donor-advised fund?

The gift was intentionally made to a donor-advised fund for two primary reasons:

However, with the tax savings resulting from their business interest gift, the Keplers now have an additional 13 percent of retained income they could use to make an additional gift to charity.

The giving strategy described above had no adverse impact on Bill and Katrina’s lifestyle or on the capitalization and cash flow needs of their business. In fact, their cash flow actually increased due to the tax savings they realized. Despite the fact that the Keplers gave $100,000 of the tax savings to charity, at the end of the day they still had $82,400 of additional cash flow from making these gifts – $36,800 after $100,000 of the initial tax savings from the business gift was made in the form of cash, plus $45,600 in tax savings from the subsequent cash gift.

Combining a vacation and mission

Most of the $82,400 of increased cash flow was reinvested in their business. However, they did use a portion of it to fund a two-week combined vacation and mission trip to Africa that had an unexpected, transformational impact on their lives. In addition to experiencing the beautiful sights and sounds of Africa, including an unforgettable safari, they had a unique opportunity to meet their ”adopted“ daughter, 9-year-old Christina, whom they’ve supported for years through a child-sponsorship program with an international charity that combats child poverty. The Keplers’ trip marked the first time in more than 12 years that Bill had taken a full two-week reprieve from the demands of running a successful business.

Bill and Katrina are planning to continue this pattern of giving each year. Another benefit of this strategy is that their wealth, as represented by their business, will actually increase over time. That’s despite giving additional gifts in their business. Because their business is growing at double digits each year, and because they are gifting an interest in their business of only 3 percent each year, the value of their retained ownership continues to increase. At the same time, the Kepler’s charitable giving has increased dramatically, to 50 percent from 10 percent of their income.

The Keplers’ greatest joy comes from witnessing the lives that are touched and transformed by the charities with which they partner. The business-interest giving strategy they’ve implemented has enabled them literally to double their support for their charitable endeavors. That’s because their current cash giving has correspondingly doubled as a result of giving a portion of the tax savings generated from their business-interest gift. The Keplers are also excited about the fact that at some point in the future, when their business is sold or liquidated, very significant additional assets will be available to support the charities they care about. This is a result they had never imagined possible until a creative advisor shared with them how their business could be a powerful engine for greater impact and generosity.

* We’ve changed the names and a few details in the story, so we could share more of the financial details with you. 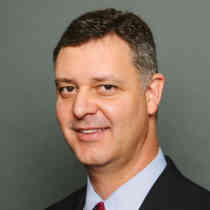 Michael King serves as a charitable gift planner with the National Christian Foundation. Using his experience as an estate planning attorney, Michael works closely with generous families, sharing concepts and strategies that allow them to leverage the amount and impact of their giving by minimizing their income and estate tax liabilities. In his role with NCF, Michael’s primary focus and expertise is facilitating charitable gifts of complex assets, including closely held businesses, real estate, and intellectual property.

How philanthropic collaborations succeed, and why they fail

When stocks are up they’re a great year-end strategy

6 reasons you need a Giving Fund before December 31

5 things you can give (instead of cash)

Save your cash: Give your real estate instead

Leveraging your IRA for 2022 giving

What is a charitable gift annuity?

Think before you sell

No more stretch IRA? A charitable gift annuity is a great alternative for givers

Giving and granting with recurring schedules through your Giving Fund

5 creative ways to get in on giving the next billion

Dream of giving more? You might not need your checkbook

Who needs a charitable gift annuity?

How a donor-advised fund can transform your giving

Do you need a Giving Fund? This quiz will help you find out

Video: Experience the joy of greater generosity with a Giving Strategy

International granting: 7 answers to questions you didn’t know you had

5 signs you need a Giving Strategy