In 2010, when she was just 27 years old, Lynsi Snyder became CEO of In-N-Out Burger, a beloved American hamburger chain that has barely changed its menu since 1948.

“Visionary,” and “servant leader” aren’t usually words used in the same sentence, to describe the same person. But this is what is said about Lynsi Snyder. Her love for the business her grandfather founded is contagious, and her vulnerability (even when it’s communicated to nearly 30,000 employees through video) makes her a better leader of people who serve.

In fact, so successful is her style of servant leadership and her drive to put others first, In-N-Out has made Glassdoor’s Top 10 best places to work list every year she’s been in charge, and she’s ranked by the same site as the best CEO to work for in the country!

What does she order when she eats at In-N-Out? Hint: It’s got ingredients that aren’t even listed on the (not-so) secret menu. Listen to the podcast to find out. 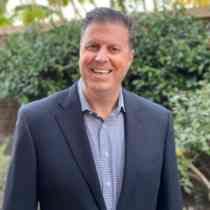 The WOW Factor podcast – “Words of Wisdom” from extraordinary leaders to help you grow in business and beyond. Through uncovered stories and raw conversations, the podcast will help inspire your team and spark a culture of generosity.