The responsibility of stewarding resources wisely can feel like a lonely and isolating experience. Talking about money and our decisions about earning it, using it, preserving it, and sharing it, can seem taboo.

So, how do we combat that? We give openly, when we can, and we do it together.

A community with a cause can involve inspiring each other, which makes a larger impact for the kingdom of God. When we do give together in community, there can be an amazing joy as a result of generosity that becomes infectious to those around you.

Of course, anonymous giving has its place of importance. In Scripture, God tells us, “do not let your left hand know what your right hand is doing” (Matthew 6:3). Sometimes, it’s necessary or desirable to give anonymously, and people should do so if called.

Yet, in Matthew 5:14-16, Jesus says to let your light shine, not subdue it. He explains that no one “lights a lamp and puts it under a basket”. Let your light (in this case, your generosity) shine, and it will cause others who see “to give glory to your father who is in heaven.”

Giving generously and openly can catalyze generosity throughout a whole community.

By the end of his life, David had accumulated wealth beyond measure. He had united Jerusalem and established it as a mighty city. His dying wish was to use this wealth to build a temple for God. Although his son, Solomon, would later be the one to build the temple, David’s story provides us with an astonishing model of public generosity. Not only did he give part of the national reserves to the building of God’s house, but he gave from his own stores of treasure too. All for the joy of giving.

This act of generosity was so great that the leaders of Israel were all compelled to join him and give – not only their possessions, but even their lives, to God’s will “with perfect heart” (1 Chronicles 29).

This public outpouring of generosity set off a chain reaction.

This public outpouring of generosity set off a chain reaction. When the people of Israel saw it, they broke out in spontaneous and worshipful celebration.

You may not be the King of Israel, but you have influence in your own realm, and your giving can inspire others too.

At NCF, one of our roles is to be conveners, encouraging givers to create communities around causes that they are passionate about, in all parts of the country.

For example, in the Pacific Northwest, our NCF community has built a safe, encouraging atmosphere, where stewards gather together regularly to discuss what the Bible says about living generously. Every couple of months, they gather together in homes to share stories and struggles involved with giving.

A few years ago, the Northwest giving community received a call they weren’t expecting. A man most of them didn’t know had heard how they practiced generosity together and wanted to join them. “I already have a private foundation,” he said, “but, I’ve met a couple people in your giving community, and I just really want to be a part of it. What do I need to do?”

Their answer? Just come. Just come and be a part of the group.

In addition, a number of givers involved with the Pacific Northwest office felt called to stop human trafficking in their state. With a growing group of givers, they were able to encourage ministries, who had been working separately, to work together. The ministries now cooperate through an organization called SAFE – the Strategic Alliance to Fight Exploitation.

Since then, SAFE in Washington has gained recognition and strength – so much so that NCF’s Rocky Mountains office has used the same model to replicate the movement in the Denver area. Together, the groups of givers in these two regions are supporting anti-human-trafficking organizations by bringing them together too.

In Indiana, another group went about giving together in an entirely different way.

A group called Kaleo grew out of a conversation between two women, friends and empty nesters who realized they – along with many of their friends – were in a new phase of life. They recognized that they had been given financial, spiritual, and relational resources for a reason and that there was a call on their lives because of it.

They began by inviting 75 of their friends for lunch and from there grew a group that gives together, studies the Bible and serves together. The light generated by their excitement of doing life together has drawn many ministries to them. Now they, too (with the help of NCF’s Indiana office) are bringing community together to help women, fight poverty, care for the homeless and refugees, and strengthen the cause of justice in their city.

Now, 10 years later, Kaleo has given away $1 million and has set a goal to give that much every year.

With support from our South Florida office, a movement called Church United is taking their community by storm. It began when a group of pastors who longed to be the hands and feet in their community came together to serve.

After the shooting that devastated Parkland, Florida last year, Church United worked together to create a prayer vigil for the victims’ families and friends. But they didn’t stop there. They worked together with givers, churches, and others throughout the area to renovate the high-school campus where the shooting occurred. Their group rallied to support families and friends of victims through sustained support that continues, even to today.

The group is now about 150 churches strong. With NCF’s help, they’ve connected givers to their cause: to better the South Florida region and spread the name of Jesus. NCF givers generously support their efforts, as do even NCF’s South Florida office staff.

With more than 500 volunteers, the news caught on about their efforts, and soon people were giving even more. Not only did they accomplish their original plan to renovate the campus, but they were able to pull together a teacher scholarship fund with what donations were left over.

From the Pacific Northwest, to the Rocky Mountains, to the Urban Midwest, to South Florida, these groups have come together through NCF and worked together, inspiring others to join in their generosity.

A giving community really can rally around any good cause. They can usually do more than an isolated, individual giver can do alone, and the common purpose and camaraderie that develops among them can inspire others who see their good work and lead them to desire to join them.

When the generous and willing stand together with their lamps and say, “let’s pool our resources, share our influence, and develop a strategy to obtain a better community,” God is glorified. 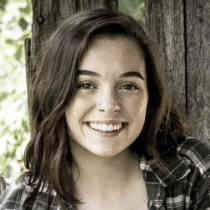 Sarah is a student at the University of North Georgia studying Writing and Publication with a minor in Public Relations. Growing up, she enjoyed writing and speaking professionally with her mother at events on various topics. She found her passion by combining the two with the topic she loved most: Jesus. Today, she writes for NCF’s national office.

Called together to strengthen a city