Leslie Newbegin was a British theologian and missiologist who wrote extensively on the life of Christians in a pluralistic society. One of his most important teachings was that we must live in the kingdom of God in such a way that it provokes questions for which the gospel is the only answer.*

We must live in the kingdom of God in such a way that it provokes questions for which the gospel is the only answer.

“Almost all the great Christian preachings in Acts are made in response to a question,” Newbegin says*. And that’s because the apostles didn’t live in conformity with the dominant culture. Their lives had been impacted by the gospel – the good news of Jesus. They were alive in Christ, having taken on his identity, having been enlivened by the indwelling of the Spirit of Jesus.

Paul writes, “Therefore, if anyone is in Christ, he is a new creation. The old has passed away; behold, the new has come.” Do you look supernaturally different from how you looked before you were a Christian, or even how you looked as a Christian last year or the year before? If the Holy Spirit is in you, you will be changing and growing, so full of hope in God that the questions will eventually come. This is why Peter said we should be ready, prepared to give an answer for the hope that is in us (1 Peter 3:15).

If we are, indeed, new creations in the image of the Son of God, our lives will be provocative. People will see that we are different, and those differences will lead them to questions about the choices we make.

If we aren’t already leading this kind of question-provoking life, how do we start? First, when Paul says “the old has passed away … the new has come,” he’s not referring to some abstract idea. This is something real, a fundamental shift in our orientation from self-absorption to Christ-worshipping, and beyond that to accepting that our very identity is rooted in Jesus’ nature, not our own. This new orientation challenges a lifestyle of acquiring and consuming (the one fueled by self-absorption, which largely goes unchallenged in our culture) and helps us to choose giving instead.

This new orientation challenges a lifestyle of acquiring and consuming (the one fueled by self-absorption, which largely goes unchallenged in our culture) and helps us to choose giving instead.

This kind of reorientation, this real and substantive change happens with the help of the Holy Spirit. “The new” is here in us, and it is the reflection of Jesus himself. Now it’s our job to abide in him and let him work his plans in and through us.

Paul tells about Jesus’ view of self and how he longs for us to “know the grace of our Lord Jesus Christ, that though he was rich, yet for your sake he became poor, so that you by his poverty might become rich.”

Though he was rich, yet for your sake he became poor, so that you by his poverty might become rich.

We’re already rich in Christ. When we contemplate this and realize the incredible resources we have as children of the loving Creator of the Universe, we start to become the kind of people who get asked a lot of questions.

A community of provocative generosity

Looking at your whole life and making it so remarkable that people will ask you questions seems a little intimidating. But what if you could accomplish it in just one area? Could your generosity be so thought-provoking that everyone would want to know more about it? (For some of you, this may already be the case!)

It doesn’t have to be the dollar amount you give or even the percentage of your income (though it could be that). It could be the way you give, the way you serve the charities or churches you support, the missions you go on or the people you choose to help, the courage with which you serve or the causes you choose to champion. How could your generosity inspire people to ask you, “Why do you do that?” so you could answer them that it’s Christ in you?

In Acts 4:32-37, the first Christians were known for liquidating and sharing, instead of acquiring and consuming. Motivated by their encounter with the generous grace of God manifested in Jesus, they became a community of compelling generosity. That became a pattern of their lives, not simply a sporadic exercise. They embodied a generosity patterned after Jesus’ generosity.

Motivated by their encounter with the generous grace of God manifested in Jesus, they became a community of compelling generosity.

As a result, the surrounding culture couldn’t help but notice. Their generosity was provocative! This is so true that around 120-130 AD, this is what the Athenian philosopher Aristides wrote to Hadrian, the emperor, about the early Christians:

When they see a stranger, they take him into their homes and rejoice over him as a very brother; for they do not call them brethren after the flesh, but brethren after the Spirit and in God … and if there is among them any that is poor and needy, and if they have no spare food, they fast two or three days in order to supply to the needy their lack of food …. And, verily, this is a new people, and there is something divine in the midst of them.

This isn’t a picture of the wealthy giving to the needy. This is people of very modest means, people who sometimes didn’t have any spare food in the house! And they are so generous, that word of their generosity reached the emperor! If they – with so little – could do that, what could we do?

God’s vision for his church is that we, together, might become people others just can’t ignore. It’s not that we become offensive. Jesus is alive in us through the Spirit and is leading us and empowering us to live compelling lives of faithful love, sacrificial service, and abundant generosity.

Ask God to reveal to you who the people are in your circles of influence who might be moved by your generosity to ask questions. A neighbor, a co-worker, the barista you see every time you go to Starbucks? Is there someone who already seems to notice that you live a different kind of life? Could an act of generosity open the door to a conversation? 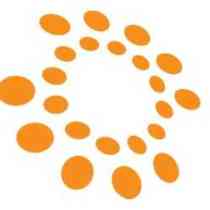 Patrick Johnson is the founder of GenerousChurch and has a passion to see a revolution of whole-life generosity flourish in churches and ministries. Over the last 15 years, he’s partnered with Leadership Network, the Wesleyan Denomination, Converge, and other church networks to equip leaders to unleash generous disciples.