The great German theologian and martyr Dietrich Bonheoffer wrote, “When Christ calls a man, he bids him come and die.” He knew this death was not an end in itself, but a door, a passageway that opens up to us all that God has for us and all he seeks to do through us.

You see, this death is not only the portal to God’s blessings, but also the power of God to work through us to be a blessing to the world in which we live. What kind of death is this? Let’s let Scripture answer.

For we know that our old self was crucified with him so that the body ruled by sin might be done away with, that we should no longer be slaves to sin – because anyone who has died has been set free from sin.  – Romans 6:6-7

Once I was alive apart from the law; but when the commandment came, sin sprang to life and I died. – Romans 7:9

Since you died with Christ to the elemental spiritual forces of this world, why, as though you still belonged to the world, do you submit to its rules…? – Colossians 2:20 (NIV)

For you have died, and your life is hidden with Christ in God. When Christ who is your life appears, then you also will appear with him in glory. Put to death therefore what is earthly in you: sexual immorality, impurity, passion, evil desire, and covetousness, which is idolatry. On account of these the wrath of God is coming – Colossians 3:1-6

This is the death to which God invites, calls and implores us. He does so because he knows that, as a result of this death, we will rise to the new life he has won for us. But without death there can be no resurrection.

Here are three reasons we steward this death and why it is so critical to our world.

Revival depends on it

Great spiritual revivals begin with death. The revivalist Charles Finney wrote, “Revival is a renewed conviction of sin and repentance, followed by an intense desire to live in obedience to God. It is giving up one’s will to God in deep humility.”

“We often have a tinted view of revival as a time of glory and joy and swelling numbers queuing to enter the churches,” Revivalist author Brian Edwards writes. That is only part of the story.”

“Before the glory and joy, there is conviction; and that begins with the people of God. There are tears of godly sorrow. There are wrongs to put right, secret things … to be thrown out, and bad relationships, hidden for years, to be repaired openly. If we are not prepared for this, we had better not pray for revival.”

In the book of Chronicles we hear God pleading for revival, “If my people who are called by my name humble themselves, and pray and seek my face and turn from their wicked ways, then I will hear from heaven and will forgive their sin and heal their land.” – 2 Chronicles 7:14

I am becoming more inclined to use the phrase “follower of Jesus” rather than “Christian.” I do so because the latter speaks of status where the former speaks of sacrifice. I do not believe you need to die the death of which we are speaking to be accepted as a good Christian in our culture. Indeed many people who would call themselves Christian would recoil in horror at the idea that somehow their faith would require such a death.

Followers of Jesus, on the other hand, are covered with the dust of the Master. They go where he tells them and says what he places on their tongues. They labor by His power, live with His peace and love in His name. And they die to self that they might fully live for Him. After all, he made it clear what it means to be a follower of Jesus,

“Whoever wants to be my disciple must deny themselves and take up their cross daily and follow me. For whoever wants to save their life will lose it, but whoever loses their life for me will save it.” – Luke 9:23-24 (NIV)

Are you ready to die to self so you may follow the Master?

Our Christian witness is powerless without it

Without this death, we have nothing to offer a world that is spinning out of control. If we have not died this death, we hold out no version of life that is truly life. We only stand among the hypocrites offering counterfeit wares dressed up in religious garb. The lost find no hope in it, the old find no comfort in it and the young see right through it. Perhaps young people are leaving the church because we have not shown them a vision of life that is found only on the other side of this death.

For the sake of true revival, authentic discipleship, and transforming witness, let us commit to die this death as the most important step in our journey as faithful stewards.

For study and prayer

Lord, help me to steward your death, given for me. Give me the strength to put to death everything that stands in the way of my loving you completely and fulfilling all the purposes you have for my life. 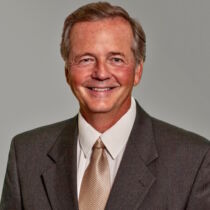 R. Scott Rodin has a passion for helping people discover the freedom and joy of a faithful steward. He heads The Steward’s Journey and Kingdom Life Publishing and has authored 14 books.