Last October, God opened the door for four Christian business leaders to share their testimonies at one of the largest international gatherings of impact investors, many of whom had probably never heard the gospel in their lives. This year, under the direction of a young man named Robert Kim, they’ll be back with an event of their own.

The event last year was SOCAP (short for Social Capital Markets) in San Francisco, a gathering of thought leaders in the global impact economy – a “convening of ideas and capital to catalyze world change,” a partnership of “world-class entrepreneurs and innovative cross-sector practitioners dedicated to increasing the flow of capital toward social good.”

Robert Kim had brought this panel together, and on this day, he was right where he belonged. It’s a spot where he had dreamt he would one day be, long before the day actually came, because God was leading him.

Robert had been taking mission trips at the time he was starting out as an investment strategist. He was developing relationships with people in other countries, impoverished people who needed help. But he was sensing there was more. “Short-term mission trips were great, but they were not improving the quality of people’s lives in a sustainable manner.”

Then he had a thought: What about the local businesses in these countries? Was there a way these businesses – which were already operating on mission fields – could be part of the solution to help lift their own communities from poverty and point them to Christ? So he prayed:

God, all this money belongs to you anyway. I’d love to be used by you to lift people up from impoverished communities.

Then the University of Michigan enabled him to begin investing in social entrepreneurs with a mission to use their businesses for communities in need. Long before most of us had ever heard of impact investing, Robert Kim was realizing it was how he was going to glorify God for others who might never see his glory any other way.

After graduating with his MBA in finance and entrepreneurship, Robert, launching out on his mission to become an impact investor, made 500+ cold calls looking for a job in this field. He found one, but it meant turning down an offer in a non-impact-investing position which offered three times the salary. Though he was sitting under a mountain of student debt, he took the smaller offer, believing it was God’s calling for him. Not much later, and only five days after he’d proposed to his girlfriend, the impact investing fund he was working for closed its doors. (She married him anyway.)

At the time, Robert was really depressed. “I said, ‘God, I thought we were in this together. I chose the path that paid me less money than I was making before business school. I did it because I thought you gave me this calling and encouraged me to pursue this path.’ There was not a single job for me to find in the impact investing field.”

For two weeks, Robert says, he vented to God. Then he decided to open his Bible. “That was a special moment for me.” God made it incredibly clear to him that impact investing had become an idol.

“Jesus died on the cross to spend each day with me. He sacrificed his life to have this intimate relationship with me for eternity. My heart broke after fully realizing and experiencing the depth of his love for me. God is so much more powerful, and impact investing is just a tool that he can use. The moment I realized this, I was in total peace.”

A week later, he met Richard Rock. Rock was employee number 31 at Ebay and is now CIO and managing director of the Caprock Group, which helps high-net-worth individuals and institutional foundations with investment strategies. Within a few weeks, Rock had hired him, and Robert’s plan to help people use their money to glorify God began to unfold.

Robert prayed that God would allow him to invest in projects that not only met practical needs, but also spiritual needs. But it seemed almost impossible. “Not many with money cared about achieving those two things through investments. Impact investing wasn’t there yet.”

Impact investing began to develop, but it wasn’t all good. “It still had its ‘sins,'” Robert says.

“It was good work, but Jesus was missing.” So he kept praying, “God, is there a way for this money to go to things that support your kingdom, not just feed the poor, but can this money support initiatives that spread the gospel too?”

What happened then? “God must have heard my prayers,” he says. Over the course of about seven years, several Christian institutions and families hired Caprock, and Robert was chosen to work with those clients. For the past few years, he’s had leadership of his firm’s Christian-faith-based impact investment practice.

“Who am I? I’m nobody. The fact the fact that God has done this wonderful work through me is so humbling … and I’m incredibly grateful. I’m even more shocked that God heard my prayers during those mission trips and gave me opportunities to manage his resources this way.”

SOCAP is one of the longest-standing and largest gatherings of impact investors and social entrepreneurs in the world, and Robert had attended the conference several times. So, firmly believing that Christians can have significant influence in the field of impact investing, he asked to share with the SOCAP audience why and how our faith in Jesus uniquely positions Christians to serve communities with our investment capital. They said “yes.”

By this time, Robert had a number of friends in the impact investing world who were believers. So, when SOCAP said “yes,” and asked him to organize a panel himself, he was able do it. He invited Bryce Butler (Founder of Access Ventures, a private operating foundation committed to deploying 100 percent of its assets to impact investments), Gloria Nelund (Founder of TriLinc, an impact private debt fund that has deployed approximately $1 billion in emerging markets), and Todd Johnson (CEO of iPAR, an innovative impact reporting/analytics app that allows investors to monitor impact across asset classes). Faith had played a role in shaping each of these leader’s impact investing journeys.

A lot of people showed up to listen to their session. Robert had no idea how many of them were believers and how many were just curious. Among the leaders there from world of impact investing, there was the founder of SOCAP and some of Robert’s own colleagues, watching as each one of these innovators gave a testimony about Jesus.

Then, Robert explained three reasons why Christians should be leading in impact investing.

First, Christians understand the value of pursuing a healthy relationship with money. This understanding – matched with an understanding of the purpose of capital – is the first step toward a positive and rewarding journey in impact investing. “Too often, our goals and behaviors are influenced by fear and greed that stem from idolizing money. Truly embracing the perspective that money is just a tool liberates us to explore what money, and furthermore capitalism, can do, besides simply meeting our own needs or, worse yet, feeding our insatiable greed.”

Such freedom, Robert says, allows us to use money as a resource to pursue the very calling God has equipped us for.  It enables us to creatively use both types of capital – philanthropic and investment – as a resource to benefit communities in need (physically and spiritually). 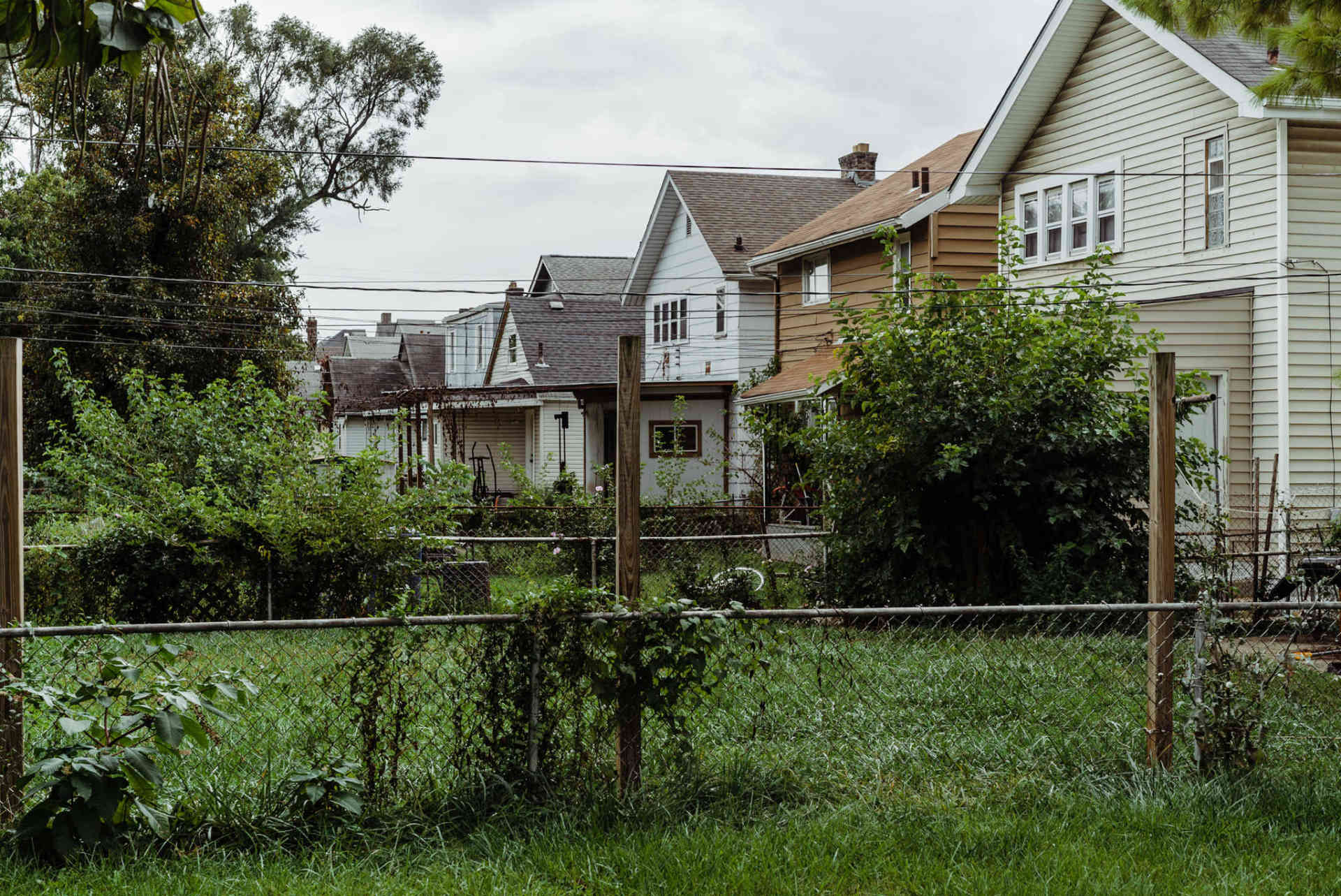 Access Ventures uses philanthropic and investment capital to help create affordable housing in neighborhoods like this one in Louisville.

Second, Christians who understand that all assets belong to God are natural philanthropists. And the creativity that impact investing allows multiplies their effectiveness. Bryce told the SOCAP audience how he is directing 100 percent of Access Ventures’ assets to pursue that foundation’s mission (not just the five percent required by the US government). This model allows the foundation to do important work for communities in need, using both philanthropic and investment capital. Access Ventures, for example, uses its philanthropic capital to meet the immediate needs of a homeless community in Louisville and its investment capital for sustainable solutions to help prevent homelessness from growing (e.g. affordable housing).

Finally, Christians are compelled by Jesus’ Spirit – the power of the most creative, compassionate person to ever walk this earth. This will naturally reach and work to solve the most pressing societal needs. TriLinc has structured innovative investment vehicles and processes so that retail investors also have opportunities to make impact investments. (This had not been possible before, but TriLinc is democratizing the process.) Under Gloria’s leadership, TriLinc is changing the narrative that only the wealthy have the ability and opportunity to create impact through investments. But TriLinc is just one example of a firm led by a Christian helping investors to reimagine the uses of philanthropic and investment capital.

The people at SOCAP listened … not only to Robert’s testimony, but to all the Christian investors on the panel he had assembled. They listened as they said that the ecosystem of Christian impact investing needs to grow, that a gospel-influenced perspective has been largely missing in impact investing conversations for the better part of the last two decades, and it needs to be heard.

This year, this group of Christian leaders in impact investors has grown, and together, they will host an event of their own, during SOCAP. They’ll focus on how Christian investors can align their faith with their investment assets

“Imagine a world where all human beings have fair chances and opportunities to fully live out their potential and personally experience the love of Christ. We need both philanthropic and investment capital to work together to help achieve this vision.”

Robert continues to ask God to use him in the world of impact investing – to dream bigger each day and thoughtfully steward God’s resources. “I’m incredibly humbled and grateful that God desires to partner with me,” Robert says. “I have to do my job, and I have to do it well, because God has called me to this. He has opened the doors for me.”

Jill Foley Turner is Managing Editor at the National Christian Foundation (NCF). She has a degree in journalism and has worked as a Bible curriculum writer and theological book editor for 15 years for many organizations, including Reflections Ministries (Dr. Kenneth Boa), the reThink Group, and Bible Study Media, among others.

Video: An entrepreneur inspires a movement of change (Casey Crawford)

In my mother’s footsteps: The positive impact of a working mom

Building boats for the glory of God