Taking summer vacations in the woods as a kid, I became aware of a joy embedded deeply within creation. Now, three decades later, the same source of that joy is with me when I work.

When I was in elementary school, my mother took my older sister and me to Lake Itasca State Park (located in the cool northern woods of Minnesota) for summer vacation. A life-long teacher, Mom would glory in making the outdoor visit into a lesson – spotting the diving loons in search of breakfast, explaining the history of old-growth red pines towering over the landscape, and proudly declaring that we were looking at the headwaters of the mighty Mississippi River.

My sister and I, however, were more concerned with the tiny creatures we discovered on the lakeshore and the number of times we could skip a rock across the glassy surface. Barefoot, and with a cool breeze in my curly blond hair, I would spend afternoons hunting for tadpoles or grabbing tiny oysters to crack open in search of treasure. Though I never did find a pearl in those oysters, the shell’s rainbow iridescence, shimmering in the sunlight, hinted at a joy embedded deeply within creation.

Three decades later, with a wife and four daughters of my own — and nearing 40 years of age — I now spend more time landscaping behind my mortgaged house, cleaning dishes, and checking email than I do whimsically searching for marine treasures. Yet amidst the ever-present responsibilities of directing a nonprofit, paying bills, and supporting family, I’ve found that my daily work has become the central arena in which I sense the magic of the Creator’s handiwork in my own life.

Like the refracted light of a rainbow, faith shapes the breadth of my human experience, including the one-third of my life I spend working. When I feel the neck-tingling stress of hitting financial goals or the sadness of a coworker who’s lamenting singleness, I pause to pray. When I discuss future office-space needs with my COO and the wild uncertainty of our current cultural moment, I draw on the Christian doctrines of the Trinity and the incarnation to think through the problem.

When I lose motivation to knock out my task list on a long, hot afternoon, I draw fresh inspiration from Christian authors like Dorothy Sayers, who remind me, “We are made in the image of a Maker,” and my work is a part of my humanity. When I read a news story that recounts the millions of women who’ve lost jobs due to the pandemic, I rework plans for our largest annual event, Business for the Common Good, to reflect God’s own concern for the vulnerable (Exodus 3:17).

There is simply no extracting faith from my daily work. My working life is spent at the intersection of my human experience. If I was to remove faith from my working life, it would make me not just less Christian, but less human.

Bringing your whole self to work

Why should we bring our whole self to work, including our faith? Well, for the Christian, there is no other option. The very oldest Christian confession is, “Jesus is Lord,” (1 Corinthians 12:3). For the early church, calling Jesus kurios (“Lord”) was a challenge to Caesar’s claim to that same title. Both Jesus and Caesar claimed ultimate allegiance, forcing early Christians to make a choice. The early church chose the name ekklesia tou Theou (“church of God”), refusing the official protection of “private cults” by the Roman empire, precisely because an ekklesia was a public assembly to which all people in the empire were summoned to discuss the public affairs of the city. The followers of Jesus were making their own self-understanding clear: the church would not be merely a “private religion,” but would instead be a public assembly by which all humanity is summoned, called by God himself.

Today, our modern notions of a strict divide between public and private, sacred and secular, faith and work trace their ancestry originally to Greek dualism, and more recently to Enlightenment thinking, which places the individual human at the center of the universe.

Indeed, the idea that people could be “religious” at some times and “secular” at others is a relatively new notion. Yet it is that awkward, but unspoken, expectation of fencing off our deepest convictions that still dominates most government, corporate, and nonprofit entities today. And so, millions of men and women across faith traditions are forced to ask, “How am I supposed to be fully human at work but ignore the very source of my humanity for the majority of my waking hours?”

In my own tradition — I am a Presbyterian drawing from the rich well of historic American Protestantism — there has been much hand wringing about this question, especially in the context of a changing culture. Pew reports that in just the last 30 years, the percentage of U.S. adults who identify as Christians has declined from 87  to 65 percent, whereas the number of adults who claim no religious affiliation has swelled from 8 to 26 percent. That’s 30 million more “nones” than just 10 years ago.

As culture has shifted from a Judeo-Christian social consensus to a secular one in the last 60 years, I lament that the Christian response has largely centered around the politicization of faith, the privatization of belief, or the accommodation to culture. In one camp, the culture wars rage on and faith is politicized in a battle for control over the future of America. Others largely retreat from culture, content either to restrict faith to “just my private belief” or live in evangelical subcultures neatly removed from mainstream culture.

Yet, by far the most common response is Christians accommodating to popular culture, adopting whatever social, cultural, or economic practices are popular at the moment. Each of these play out as Christians try to answer the question: “What does faith mean for my life, my work, and the world I live in?”

I believe that work is a way to love God, serve our neighbors, and demonstrate the gospel. It’s a call to “love the Lord your God with all your heart, your soul, and your mind,” and to “love your neighbor as yourself” (Luke 10:27; Matthew 22:37-40). Vocation is our response to God’s voice in all areas of life, including our work. It’s one way we give to our communities, even the world.

I think many people, including much of corporate America, see this view and feel concerned that bringing your faith to work will cause conflict between people of divergent beliefs.

But in my experience, the opposite has been the case. I’ve seen a man move his business to a place that wasn’t comfortable for him to go, just so he could pay the marginalized a fair wage and be a light to them. I’ve seen young professionals tackle the challenges of social media, innovate new HR benefits for refugees working in a pallet company, and highlight the plight of undocumented immigrants in local newspaper — all as an expression of their faith. From tech workers advocating for better family leave policies to investors humbly admitting they have an anger problem and recommitting to emotional healing, faith in the workplace can be a powerful force for good.

Of course, Christians also sin, and as such, “bringing your whole self to work” can also mean bringing greed, lust, pride, envy, prejudice, and laziness to the workplace as well. Yet, it’s in moments of being drawn to addiction, self-aggrandizement, or brute selfishness that I need God in my own work all the more. Russian novelist Alexander Solzhenitsyn wrote in The Gulag Archipelago, “The line separating good and evil passes not through states, nor between classes, nor between political parties either — but right through every human heart….” I think many of us are tempted to believe that the problem with our world today is “them.” But, daily, I’m reminded that the greatest problem our world faces beats within my own breast.

Two millennia ago, when Jesus was being crowded by throngs of admirers, he hopped in a boat, pushed off from shore, and began to teach. Voice echoing off the water’s surface, he told the story of a farmer who found a treasure buried in a field. Wild with excitement, the farmer sold all he had to buy the field, knowing that in the end he was getting an incredible deal. Similarly, he told the story of a merchant in search of pearls. Overcome with joy when he found one, he sold everything he had just to possess that single treasure (Matthew 13:44-45).

When I was a boy, strolling along the shores of Lake Itasca and hunting for oysters, my work was simply to delight in the world around me. Now, as an adult, my work is to allow the pearl of God’s grace to permeate my daily life. For me, like headwaters are to the Mississippi, God is to all of my life and work, the Living Water who has given me new life (John 4:14-16).

Why faith and work? Like a merchant finding a pearl — or a child finding a shell on a lakeshore — the answer for the Christian is simple. It’s joy. 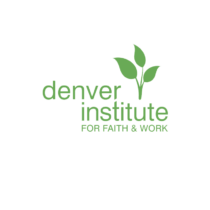 Denver Institute for Faith & Work is a network of churches and professionals who believe that work is a way to love God, serve our neighbors, and demonstrate the gospel.

Evacuating Afghanistan: 10+ ways you can help