You can’t blame the disciples. Jesus’ popularity is growing. Crowds are swelling, and these moms want Jesus to bless their babies. Pleeaassee! The disciples are probably rolling their eyes as they begin to rebuke the mothers and send them away.

But Jesus immediately stops them. “Let the little children come to me,” he says, “and don’t stop them because the kingdom of heaven belongs to such as these” (Luke 18:16).

Jesus’ focus on children is wonderfully strategic. Children are the future. They may be small and seem unimportant now, but these little ones will soon grow up to lead the world. While they are young and impressionable, their hearts are more open to the Good News.

Maybe that’s why four out of five Americans who believe in Jesus do so because of something that influenced them before the age of 14. But in some countries, government officials try to block children from attending church services or hearing the gospel at home. Their strategy is to turn children away from accepting Christ as their Savior, knowing that once they are older, they will be less likely to do so. This is one of the primary barriers for children to receive the blessings of Jesus in a number of countries, and, in most cases, our only recourse for removing these barriers is a long-term commitment to earnest prayer.

However, there is another type of barrier that we can have immediate influence over. In many languages of the world, the most common Bible translations are not accessible to children because the language is too outdated and difficult for a child to understand. We heard this concern directly from Jay Chow*, the founder of a network of schools in China. I had the privilege of speaking to Jay and his young son about the challenges of reading the Chinese Union Version, which was translated by missionaries 100 years ago.

A wonderful gift to the Chinese church in 1919, the Chinese Union Version has served millions of Chinese Christians over the years. But today’s children and youth find it very difficult to understand. According to Chow, this can result in young people losing interest in Christianity and adopting the atheistic beliefs of the culture around them, simply because its easier.

When God’s Word is in an antiquated translation, children and youth are tempted to think it is irrelevant to their current challenges. That’s why Global Bible Initiative is working on the Chinese Standard Bible. Developed in response to requests by the Chinese Church, it combines accuracy with clarity for younger readers, so they can receive the blessing of knowing Jesus as their Savior.

Over the past decade, the body of Christ has been increasingly focused on making sure every “every nation, tribe, people, and language” (Revelation 7:9) has God’s Word in their heart language. This is a tremendous calling, and one we should all support. But if you asked our brothers and sisters around the world about their Scripture needs, you might find a surprising number of Bible translations that need to be updated for the next generation of readers, and most languages are still awaiting the Bible Jesus used – the Old Testament. Remarkably, only 683 of the 7,099 languages in the world have the Old Testament.

Yes, children are the future. While their hearts are still able to hear the “still, small voice of the Spirit” (1 Kings 19:12-13) let’s make sure they can understand Bible stories from the Old and New Testaments in their heart language, so the Scripture will reveal a Savior who deeply loves them. For this reason, let’s recommit ourselves to making sure the next generation has all of God’s Word in updated, clear language in their mother tongue.

*Because of safety concerns, names have been changed. 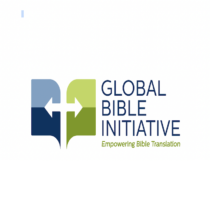 Global Bible Initiative is part of a paradigm shift that is harnessing the latest technology to empower the global church to do Bible translation for themselves but not by themselves.