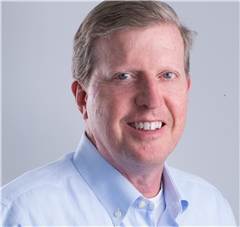 Emery Ellinger earned his business and financial expertise as a banker, corporate advisor and president of several companies. After receiving his Bachelor of Arts degree in Economics from Washington & Lee University, he rapidly rose through the ranks at Bank South and later Merrill Lynch, before becoming an entrepreneur. He founded Aberdeen Marketing, Inc., a marketing company that he built from the ground up into a $7 million revenue and eventually sold to a larger firm. Emery has expertise in all areas of M&A Advisory practice. He has successfully completed over 200 transactions, including mergers, acquisitions, divestitures and financings. His proven track record includes highly complex deals, including merging a traditional consulting business with an Internet company, then securing venture capital funding of $6 million. He also conceived and led the acquisition strategy of two companies, which resulted in the largest national source of government bids, valued at more than $1 billion. Emery is repeatedly recognized as the leading mergers and acquisitions thought leader in the Tampa Bay market and is well known throughout the South for his ability to connect ideal buyers with sellers.