Maybe it’s the resiliency he learned growing up as an Army brat or the sense of adventure he developed living in Alaska. Roy Mullen is a man who’s not afraid to take a risk – in business or in generosity. Learn how his first investment – and a simple giving commitment made with his wife, Joyce – paid off big for the causes they care about.

In the late 1970s, Roy was running his own typewriter business when he saw the computer-generated typewriting on the wall. With the personal computer market beginning to explode, he knew that he had to pivot quickly into a new business. “That’s when we bought our first apartment complex,” Roy says. “Joyce and I refinanced our house, pulled money out, and partnered with Joyce’s brother to come up with the money. That’s how we made our first real estate investment.”

Much to their surprise, that initial deal led to more very quickly, and soon they had five properties in their portfolio. “We weren’t even looking to buy. The deals came to us,” Roy says. “Back in those days, the sellers would offer private financing and we didn’t even have to get bank loans. We believe that God had a hand in it because we could never have qualified for bank loans to buy those properties.”

As their real estate holdings were growing, so was their desire to be more generous. It was in a Bible study at church that Roy heard a statement that changed his outlook on giving. “What’s wrong with living a comfortable life and giving everything else to the Lord?” the man asked.

“That comment just stuck in my brain,” Roy says.

Then, Roy’s next-door neighbor also made a pivotal suggestion. “My neighbor brought up the idea of giving more each year,” he says. “I can’t remember if he used a percentage, but I came home and talked to Joyce. We didn’t have a lot of money, but we made a commitment to give away 1 percent more of our gross income every year.”

In the following years, Roy and Joyce kept their commitment. Then, in 2018, a new challenge arose. “A buyer approached us with a high number that we could hardly believe, so we ended up selling two apartment complexes,” says Roy. “Then, I was left trying to figure out how I was going to pay a million dollars in taxes from the sale. I don’t mind paying taxes, but I’d rather give it to God’s kingdom.”

To find a solution, Roy attended a financial seminar at church. After the speaker heard his dilemma, he suggested that Roy call his local National Christian Foundation (NCF) team in Portland. So, Roy and his CPA met with the charitable gift planning team. Together, they determined that a smart strategy would be donating another piece of investment property to his NCF Giving Fund (donor-advised fund). This non-cash gift of real estate would give him a charitable-tax deduction that he could use in the year he needed it and carry forward for an additional five years.

“I got a million dollars in tax deduction by donating a property that had appreciated over the years to $3.5 million, which was much, much more than we paid for it. And it just so happened that it was the first apartment complex that we ever bought. So, we ended up donating our first fruits back to God’s kingdom. That’s truly a God thing.” 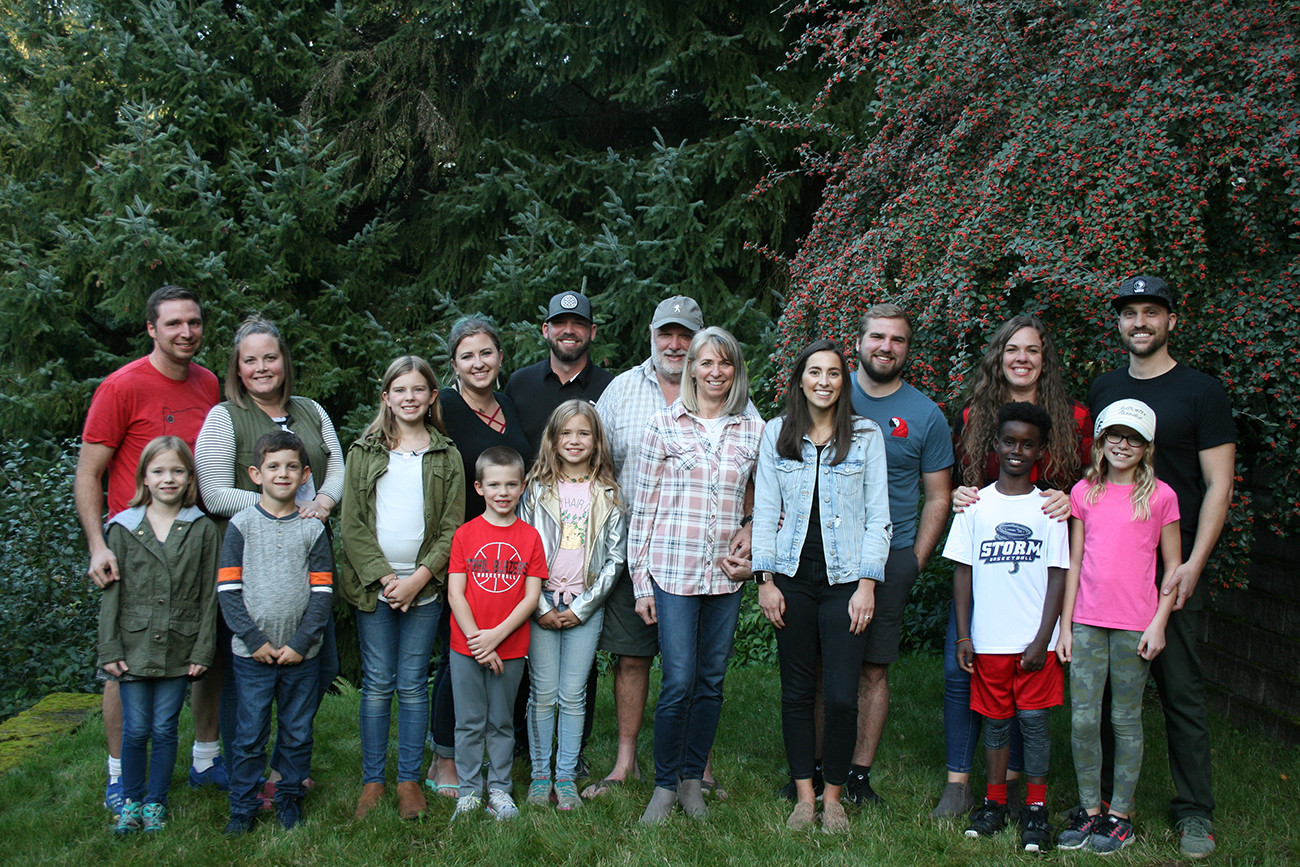 In 2020, Roy and Joyce maximized their giving even further. They used a special provision in the CARES Act, available only in 2020 and 2021, that allows charitable deductions of cash contributions to most charities up to 100 percent of adjusted gross income. “And we’re in a position to do that,'” Roy says.

This type of all-in giving has been a source of great joy for Roy and Joyce. “I don’t think people understand the joy that comes from giving. They give their 10 percent because they have to, and we were in that spot at one time, too,” Roy says. We gave our 10 percent and tried to increase it one percent over time, but now God has multiplied our resources to give away 100 percent!”

He adds, “We’re excited to be able to give significant matching grants that encourage others in their generosity and multiply our impact for the causes we love like Young Life and strengthening marriages. We were also able to help our church make an impact in our community this year when COVID hit and many people were in need.”

“It blows me away when I’m sitting here looking at our Giving Fund on my computer and I see how much God has given us to give. It’s like Christmas all year long, just giving gifts away,” Joyce says.

If you want to learn how you maximizing your resources is a key component of an intentional Giving Strategy, visit ncfgiving.com/strategy or start a conversation with an NCF team near you.