The title on Greg Latimer’s business card says it all – Chief Executive Steward – an apt moniker for a generous man who believes the company he founded belongs to God, not him. But did his heirs feel the same when he decided to give it all away?

As the first months of the pandemic descended in 2020, Greg (pictured above, right) became aware that his plastic injection molding company in Reno, Nevada was on the precipice of a giant moment. For 22 years, his business, Triad Plastic Technologies, had been molding the components that are assembled into ventilators. Suddenly, demand was unlike anything they had ever dreamed of, multiplying from 10,000 units to more than 100,000 in a matter of days.

The morning prayers with his staff, which included his wife, Nancy, changed overnight. They began to ask: “Who are we, Lord, that you should even consider us worthy of this task?” They felt humbled and overjoyed to be part of the solution for COVID-19 patients. “We didn’t take it lightly. In fact, we were incredibly grateful to be working at all.”

While the uptick in production and revenue seemed to happen overnight, Greg and Nancy’s purpose for those profits had been carefully planned for years. In 2001, a mentor had encouraged Greg to envision a bigger mission beyond the bottom line and helped him create a strategy for using corporate profits to fund his charitable giving.

“Before the plan, we were very inconsistent in our approach to generosity,” says Greg. “We’d hear about a need and think that we can meet it. But at the end of each year, we would look back at our income statement, and the amount of money we had given away was dismal.”

As Greg and Nancy watched the Lord do amazing things through their obedient, intentional approach to generosity, their three daughters were witnessing it first-hand, too. So, when Greg recently made the decision to give away his ownership of the company as part of their giving strategy, his children were fully on board with it. 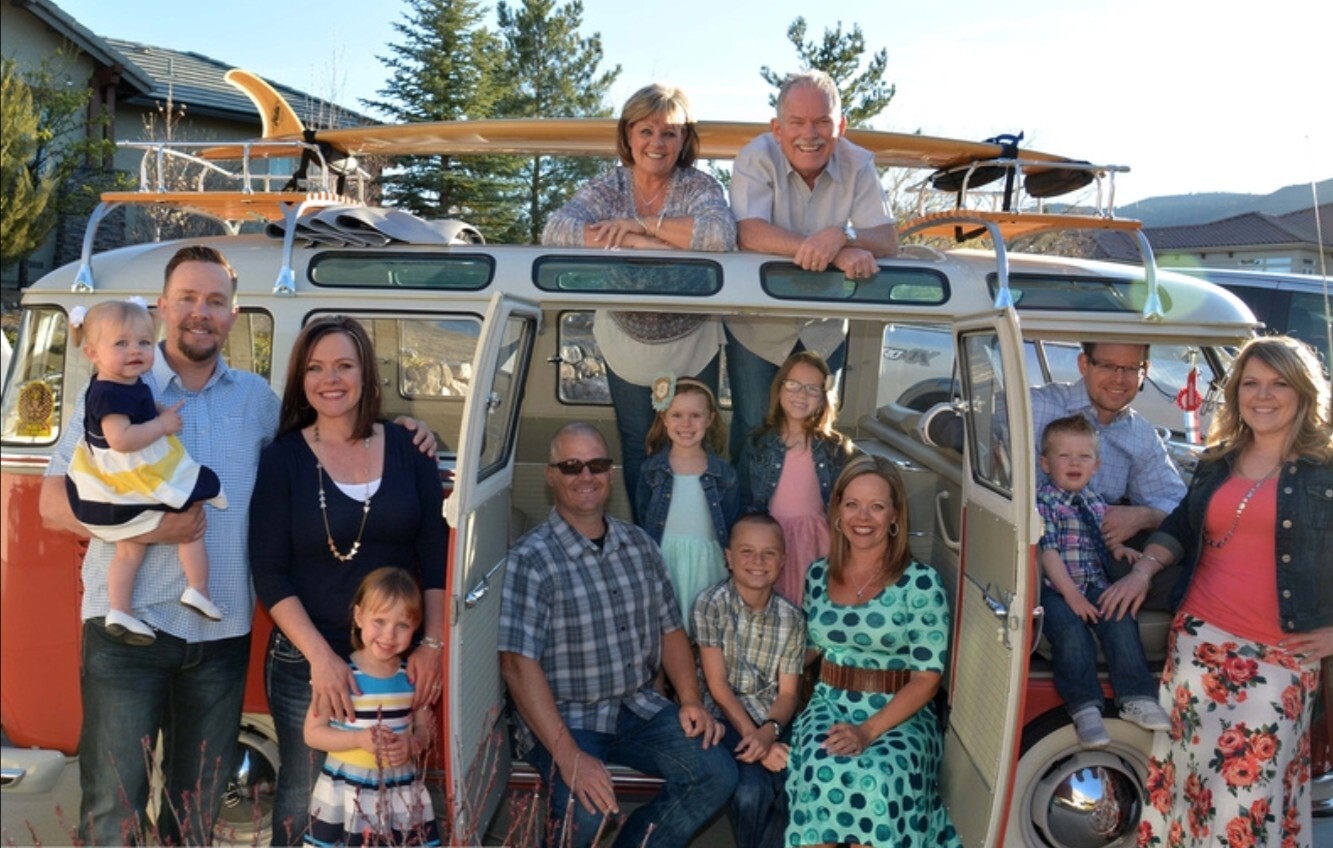 “My daughters knew because they were brought up in this business,” Greg says. “They understood that it was never ours. It belongs to God. When we told them about the gift, it was a non-issue. They all agreed, ‘That’s great! I think that’s wonderful.’” Like many of the givers we serve, Greg created a giving strategy to maximize the resources he stewards so he can inspire an enduring legacy of generosity. Here’s how it worked:

1. He maximized his impact with a non-cash gift

Greg gifted non-voting shares of Triad to his NCF Giving Fund (donor-advised fund), which allowed him to save taxes and give more. And because NCF is merely a passive owner, Greg is able to continue to serve in a stewardship role. “We still get to run the company as we feel necessary,” he says. “I can stay involved, which is very important to me. I don’t feel called away yet, but maybe I will someday. That’s how NCF came alongside us and enabled us to be more deliberate and intentional in how we give.”

2. He prepared his heirs for future giving

While his children may not be receiving a large monetary inheritance, Greg and Nancy are amply preparing them for their charitable inheritance. He says, “At our passing, 75 percent of the gifted shares will transfer to our family Giving Funds with our daughters serving as fund advisors. The remaining 25 percent will transfer to a Triad Giving Fund with the company voting trustees serving as the fund advisors. We have determined that our giving is focused on ministry. So, we’ve set that parameter up, and NCF will be our sentry and make sure that those wishes are carried out after I’m gone. That is huge for me.”

3. He practiced grantmaking with his children and grandchildren

To prepare them for the responsibility of recommending grants, Greg and Nancy have already established and funded Giving Funds for their adult daughters, and also for their grandchildren at lower amounts. “I want to nurture a spirit of generosity in them, and it has been so great. They have taken it on carefully and said, ‘We want to consider how and where we’re giving.’”

For example, Greg’s grandson, Noah (pictured in top image, left), is developing a tender heart for generosity. “Noah got some money for Christmas from several relatives and he went on a charity website that explained what a certain donation amount would fund,” Greg explains. “He ended up spending all of his Christmas money on a goat for a family so that they could have milk and other things to sustain their family. I love the fact that he’s really considering how to wisely invest his charitable resources.”

4. He modeled generosity whenever possible

Greg further encouraged Noah as he grew older. “When Noah turned 15, he wanted to buy my old cell phone. I told him that I would sell it to him for $300,” Greg says. “When he gave me the money, I gave it back to him and told him to use it for giving. His mom told me that he went home and did all kinds of research and made gifts to three different ministries. It just shows that my grandkids are really taking generosity seriously – and that is my ultimate goal.”

So, what does Greg hope his legacy will be?

“If I can pass on anything to my family, it would be a spirit of reckless generosity,” he says. So far, it looks like he has a rich legacy of Chief Executive Stewards in the making.

Want to learn how an intentional plan for giving can help you build a legacy of generosity in your family? Visit to ncfgiving.com/strategy to explore more.

This should not be construed as legal or tax advice.

Top photo: Greg Latimer and his grandson, Noah
Second photo: Greg and Nancy with the rest of the Latimer family