Generosity has been one of the pillars of Susan Ibarguen’s life. As a child, her parents modeled generous giving. As young adults, Susan and her husband gave regularly to their church and any organization that happened to ask for a donation at the right time. But Susan was surprised to find little joy in the practice.

Even though she and her husband were, by any standards, very generous, Susan felt disconnected from both the beneficiaries of that generosity and those who were giving alongside her. She knew something was off.

Their giving strategy – if it could even be called that – didn’t feel right. But as a mother of three children under three fighting through her baby daughter’s health scares, Susan resigned herself to the detached checkbook-philanthropy rut she and her husband had fallen into.

But then Susan found herself in something of a Job story. As so often is the case, it took all being stripped away for her to realize nothing was hers to begin with, to accept that everything she had belonged to God. “We were brought through a tsunami of suffering,” Susan says. “And that was how the Lord got my attention.”

Loss after loss, trauma after trauma. Susan remembers the moment she broke, hiding under her parents’ deck shortly after her father died suddenly from a heart attack. “I remember screaming and crying out to the Lord, ‘Just help me. Jesus, help me.’”

It was Susan’s mother who invited her to the Bible study that changed her life. Originally, Susan agreed to go to appease her mom. “I’ll go for her, not for me,” Susan thought. “I kind of did it half throttle, just to make my mom happy.”

It just so happened that the group was studying the book of Romans when Susan joined. She was placed in a core group with a woman who had been close to fully paralyzed after a drunk driver slammed into her car. She listened as the woman shared what she had taken from her Job moment, how she would visit the man in prison who hit her and share the gospel with him. “I couldn’t even comprehend the grace that she was giving this guy,” she says.

When the group got to Romans 5 and began learning about how suffering produces perseverance, it was all over for Susan. “I just fell apart, and there was no going back.”

That Bible study was the beginning of God revealing Susan’s purpose to her. And she was finally ready to pay attention.

Not long after, a friend asked Susan to host an event at her home for a group she had never heard of – Women Doing Well. She agreed, and along with the women of WDW, Susan learned how to connect her generosity to the purpose God was illuminating for her life: revealing his message of grace.

So, how do you grow in that?

For Susan, the answer was easy: giving with purpose, using all God had given her – all that was never hers to begin with – for the purpose of revealing God’s grace to the world. And God had prepared her to do just that, in more ways than one. “He took a lot away,” Susan says of her Job moment, “and then he restored what the locusts had eaten. And beauty came from the ashes of deep, difficult suffering.”

After a long and arduous season, Susan and her husband found themselves in a place of abundance. God had brought them through the suffering, opened their eyes to his purpose for their lives, and was now entrusting them with his riches.

“Checkbook philanthropy just didn’t quite cut it anymore,” she says. It was critical for Susan and her husband to be on the same page when it came to their giving. So they began talking more about it. Instead of giving impulsively the end of each month, they decided to set money aside in order to give more strategically.

In time, they found their generosity connected them in a new and powerful way. Susan and her husband continued to ask for godly wisdom, discernment, and direction as their strategy for giving grew into alignment with Susan’s two-word purpose statement. Prayer and other Christian givers were also powerful guides.

“Now, even though we may have different interests, it’s not divided. It’s a shared conversation.” Susan says. “The beauty of having funds set aside to give is that you have to have that discussion.” Where there once was division and tension clouding their generosity, there is now connection and open communication.

Purposeful giving has also given Susan the freedom to say “no.”

“It’s really freeing to be able to say ‘no,’” Susan says. “I think because of Women Doing Well, I’ve been able to say ‘no’ to the ask when it’s not in line with my purpose.” Now, because of her two-word purpose statement, revealing grace, Susan is able to give with purpose and joy.

“We’re not impetuously writing a check to whoever is asking. There’s an alignment, and in that alignment, there’s freedom.”

Susan recently attended a TrustBridge Global Foundation event in Switzerland alongside purposeful givers from all over the world. While there, she was reminded of the imagery her husband had used in his father-of-the-bride speech when their daughter was married the year before. He had spoken of the interconnected root system of the Aspen tree, the largest living organism on earth.

What her husband had used as a metaphor for the connection of their familial support system, Susan could now see in every giver she met from across the world. Sitting in that room full of generous givers, Susan connected to something huge, something exciting.

“It’s the root system underground, across oceans, across the pond, intercontinental span of believers, regardless of language, race, creed, sex, anything.”

Closer to home, the Ibarguen’s journey has impacted their adult children, too. Planning to leave a legacy has become a vital part of their wealth distribution, and Susan has become much more involved in collaborative giving for global impact.

The pillar of generosity established early on in Susan’s life has taken root. It grounds her and enables her to fulfill her purpose. It is carrying on in her family. “It’s this incredible root system that he’s grafted us all in, and it’s so impenetrable and so magnificent to see.” 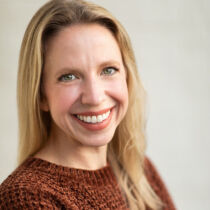 Lauren Terrell has a degree in early childhood education. For nearly 20 years, she has written and edited books for adults and children alike, as well as curriculum for children’s ministries and resources for leaders and parents. She lives, and raises her two children, just outside of Atlanta, GA.

Leveraging your IRA for 2022 giving