Even in challenging cross-cultural situations, biblical wealth creation demands that whenever a cultural value comes into conflict with a cultural norm, then the cultural norm must bow. Biblical values are transcendent and universal.

The Lausanne Movement and BAM Global hosted at Global Consultation on The Role of Wealth Creation for Holistic Transformation. About 30 people from 20 nations participated, primarily from the business world, and also from church, missions and academia. Some of their findings are reflected in this excerpt from Wealth Creation within Global Cultural Perspectives.

Unsurprisingly, empirical research by secular sources has echoed the insistence on the reality of universal values. Research by Rushworth Kidder (of the Institute for Global Ethics) shows five core values that are shared universally: honesty (or truth or integrity), responsibility, respect, fairness, and compassion.

These are the biblical values we found most relevant to the task of wealth creation:

The issue of “corruption” is as a chief concern. It is real, and many of the Christian business leaders we interviewed expressed their determination to fight it, even at the cost of significantly endangering the official permissions necessary for their projects. Encouragingly, despite the risks, there were numerous testimonies of the eventual success of these same projects. And their stance for integrity earned them the added advantage of a good reputation, both for their businesses and the God they represented.

Hard work was equally cited as a biblical value key to successful wealth creation. As one cross–cultural start–up entrepreneur put it:

Christian employees either really excel and work hard or they do not fit with the company work ethic and expectations. The solution has been to introduce a trial period for new workers that is taken seriously. In the past they have needed to fire many workers, particularly who have come from ministry backgrounds, because their work ethic and professional growth did not meet company standards.

It is a shame to hear that some from “ministry backgrounds” do not always have a good work ethic, despite biblical admonitions like, “A little sleep, a little slumber, a little folding of the hands to rest – and poverty will come on you like a thief and scarcity like an armed man” (Proverbs 24:33).

It almost goes without saying in the context of wealth creation that making a profit is a biblical value. It is both necessary and legitimate. “Profit” is not a dirty word. Profit is the surplus remaining after the total costs are deducted from total revenue. Profit has to do with surplus – that which is over and above our bare consumption needs, and without surplus, there is nothing available for future investment. It is the “seed” which can be sowed, rather than consumed (see 2 Corinthians 9:10–11). It is this surplus, this increased return on initial investment, which Christ applauded with a “well done” when seeing one whose approach was, “Master, you delivered to me five talents; here I have made five talents more” (Matt 25:20).

Without a profit, there is no wealth, and without wealth there is no counteracting poverty. Energetic efforts to roll back poverty entail the equally energetic embrace of the profit motive.

Energetic efforts to roll back poverty entail the equally energetic embrace of the profit motive.

Biblical wealth creation not only prioritizes profit; equally, it prioritizes relationships. Biblical wealth creation has multiple bottom lines; its only concern is not money. Numerous case studies evinced this relational component through their concern for servant leadership, for employee empowerment and development, for team-building, for building a “flat” organization that gave employees easier access to top leadership. “We do not want to make robots but life–long friends,” said one entrepreneur.

At the same time, this combining of the priority of profit with a priority on relationships proved to be one of the most difficult challenges, specifically when it came to the point of needing to fire someone. Strikingly, this challenge was not basically a cross–cultural issue; rather, it was a basic human issue. It proved no easier for a caring and conscientious boss to fire an employee in his own culture than it was firing someone cross–culturally. The cross–cultural situation added a few more layers of complexity, but the basic human pain and struggle was the same.

While many speak of some cultures being “task-oriented” and others “relationship–oriented,” biblical wealth creators must have both goals in view. God is both. Wealth creation has a task in view; it is there to take God’s material world in order, and make it produce – all in line with God’s original command to, “Be fruitful and increase in number; fill the earth and subdue it. Rule over … every living creature that moves on the ground … The Lord God took the man and put him in the Garden of Eden to work it and take care of it” (Genesis 1:28; 2:15).

But the point of this material world is to serve people, and the relationships they engage in. Neither can be forgotten.

Cultures do not remain frozen; they need to change and grow, even as individuals do. What the Bible says about individuals – “Do not be conformed to the world, but be transformed by the renewal of your mind” (Romans 12:2) – also applies to whole cultures.

Implicit in some of the points above is that cultures do not remain frozen; they need to change and grow, even as individuals do. What the Bible says about individuals – “Do not be conformed to the world, but be transformed by the renewal of your mind” (Romans 12:2) – also applies to whole cultures. Changing the way we think is a must for Christians. It is unavoidable, and it is demanded. We must not be afraid, then, of challenging cultural norms.

This is true generally, but it is also true when it comes to the values and attitudes required for wealth creation. Change comes at many levels: sometimes at the simpler, narrower level of mere techniques. One development specialist – himself a Filipino in the Philippines helping local farmers to improve their cash crops and access to markets – insisted they “had to change and learn modern techniques.” Traditions need to be respected, but when they become iron fetters preventing human development, they need to be overthrown. But this can be done without destroying the culture itself. Without change there is no progress.

Sometimes the need for cultural change comes at a far deeper, root worldview level than merely the level of techniques. So, for instance, several case studies in the Philippines and Cambodia remark on the necessity of overthrowing the fatalism entrenched in a culture. “Poverty is in the mind,” one development expert noted.

Another entrepreneur, reflecting on his years in Buddhist Cambodia, observed that the people there tended to be extremely creative and entrepreneurial at the level of survival. That is where it stopped, however. Any hope or plans for economic betterment beyond mere survival were virtually non–existent. There could be many reasons for this: a Buddhistic fatalism, Cambodia’s recent and horrific internal wars, a long-standing inequality built into society such that “ordinary people … felt they should not have aspirations beyond their rank.”

Whatever the cause, it seemed clear that liberation from this “thriving versus mere surviving” mentality came far more readily when their fatalistic worldview was shaken and reversed by a Christian worldview rooted in a) a creative God who ruled both the natural and supernatural world, b) an all-powerful God who loved them personally, and c) a God who had a personal plan for their life which he was actively implementing in cooperation with each believer.

Preaching the gospel is a practical tool for empowering nations!

This article is excerpted with permission. You can read the full article, including footnotes for cited works here: Wealth Creation within Global Cultural Perspectives. 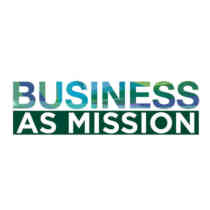 BAM exists to champion the role of business in God’s plan for the world and to affirm the missional role of business people globally. Business as Mission creates original content weekly on their BAM Review Blog, as well as aggregating and archiving resources and sites produced by other organizations, networks, and individuals.

7 ways to pray for victims of Hurricane Dorian

Why understanding God’s ownership is essential