As God’s children, we will all increasingly reflect the Father’s generous nature as we are transformed into the image of Christ. For some, this change happens slowly. Others are radically, rapidly transformed.

Zacchaeus’ money was dirty. Like many Jewish tax collectors of his time, he made his living overcharging people for what they owed the government. Though this was standard practice, it was both dishonorable and enslaving. Zacchaeus had become trapped in the “golden handcuffs” of the great wealth he gained by his service to the Roman Empire. His job encouraged deceit and required him to intimidate others. He was desperately corrupt, and everyone knew it.

That’s why the people of Jericho were horrified when Jesus invited himself to Zacchaeus’ house: “He has gone to be the guest of a sinner” (Luke 19:7).

What inspired Zacchaeus to climb into the tree where Jesus spotted him isn’t mentioned. We only know that he “wanted to see Jesus” and that he was risking something to do it (a wealthy man up in a tree?). Neither is it mentioned why Jesus called him. The text says Jesus was only “passing through” Jericho. But it seems he changed his mind in order to make this sinful man his friend.

Jesus had just told a story about a hypothetical humble tax collector who recognized his sin and repented (Luke 18:9-14). Now, here stood a live tax collector on a branch in front of him! By God’s graceful provision, this short swindler was about to become a child of God.

How do we know? Jesus says so when he gets to Zacchaeus’ house: “Today salvation has come to this house, because this man, too, is a son of Abraham” (Luke 19:9). 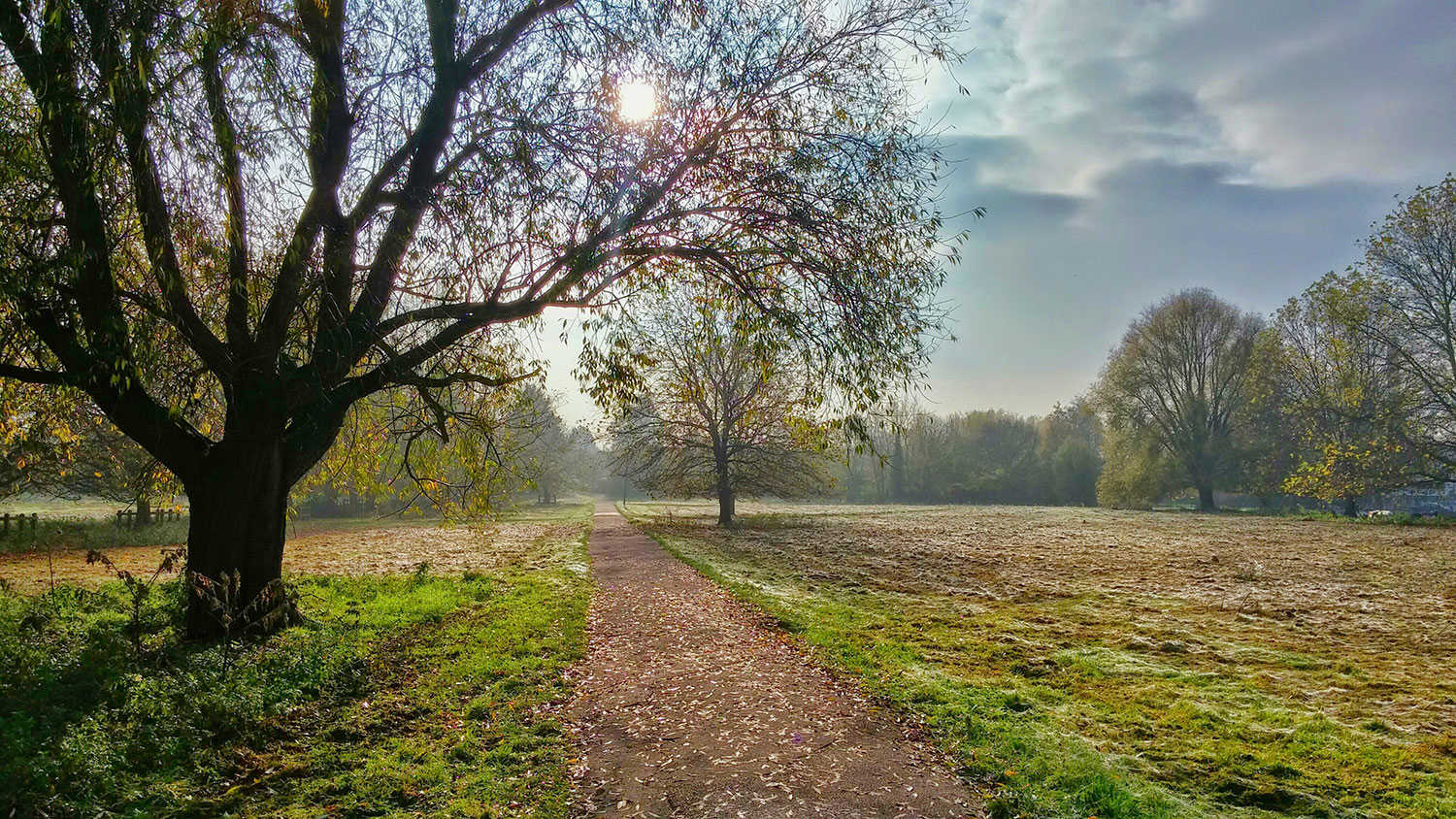 What inspired Zacchaeus to climb into the tree where Jesus spotted him isn’t mentioned. We only know that he “wanted to see Jesus” and that he was risking something to do it.

With the privilege of being a child of Abraham comes enormous responsibility. In Genesis, God came to the childless Abram (whom God renamed Abraham). He called Abram to follow him and promised that Abram’s descendants would be as many as the sand on the seashore or the stars in the sky. Through Abram’s family, the whole earth would be blessed. The Bible says,

“Abraham believed God, and it was counted to him as righteousness” (Romans 4:3).

A son of Abraham is someone with faith like Abraham. Jesus, the promised “seed” of Abraham, is the one through whom the whole world is blessed. And the moment we put our faith in him, we become Abraham’s children, God’s children too, through faith (Romans 4:16; Ephesians 1:4-7; Galatians 3:7, 26, 29).

However, the enormous blessing of being in God’s family comes with this responsibility – to bless the world. And one of the primary ways we bless a watching world is by reflecting God’s generous nature.

This Zacchaeus did immediately and supernaturally, promising to give half of his possessions and paying back four times what he’d taken. Though the law only required 10 percent, Zacchaeus promised 50! The law required that a man pay 120 percent to someone he had wronged; Zacchaeus offered 400! Zacchaeus wasn’t just following the letter of the law, he was surpassing it.

Money meant power back then too, especially to a Jewish tax collector. But Zacchaeus put himself in a position to be dependent on the Lord. How would he live? What would he have left if he paid back more than he had taken? It seems the math didn’t matter to Zacchaeus.

This is the kind of all-out trust in God that is supposed to characterize all of God’s children. It’s a faith like Abraham, who left his home (and a good deal of riches) to follow God into the unknown.

Zacchaeus went from extortion to philanthropy in one day!

Zacchaeus went from extortion to philanthropy in one day! His heart was changed, and his radical obedience manifested in extravagant giving. For Zacchaeus, knowing Jesus mattered more than anything he had acquired.

God is generous, and his children are too. Every one of them will reflect his nature, because Jesus did, and they are called to be like him.

When he lived on earth, Jesus was the perfect “image of the invisible God, the firstborn of all creation” (Colossians 1:15). He came to earth to show us what God is really like. And the first thing he did to be with us was give up the incredible wealth of paradise. Scripture says he left heaven and willingly became poor, in order to make us rich (2 Corinthians 8:9). He gave his life so that we could live forever with God. Don’t let the fact that we hear this often numb you to the power of it.

Jesus left heaven and willingly became poor, in order to make us rich!

We’re called to imitate the Father (Ephesians 5:2) and to be transformed to the image of the Son. Sometimes this takes intentional effort. Other times, God’s children are so overwhelmed by love for him that this response is automatic. Zacchaeus didn’t have to be told to be generous. The text doesn’t say Jesus even asked him to give.

All of us who follow Christ are heirs to promises much bigger than any wealth we could possibly acquire in this life. Understanding this should make it a little easier to follow Jesus’ prescription (Luke 6:38) and example of generosity (John 15:13).

God’s children trust him, and the more they do, the more they begin reflecting his generous nature and the lavishness of his lovingkindness.