As the Carolinas crawl to recovery in the wake of Hurricane Florence, churches and ministries are rallying to provide relief and offer support to storm victims in their own backyards and afar.

In Charlotte, N.C., where up to 10 inches of rain downed trees, flooded roadways, and knocked out power in dozens of neighborhoods, members of First Presbyterian Church collected water, blankets, and towels to distribute to hundreds of people displaced by the storm.

The historic church in Charlotte’s center city leveraged its partnerships with local shelters, rescue missions, and crisis ministries to assist with relief efforts.

“We wanted to learn from our partners what the need was,” said the church’s pastor, Pendleton Peery. “We didn’t want to show up with stuff we thought might be helpful. We wanted to hear from them what the neighbors need.”

The need extends beyond Charlotte. Hurricane Florence, which weakened into a tropical depression as it churned across the Carolinas, battered coastal North Carolina with storm surges and widespread flooding.

First Presbyterian’s disaster assistance team, comprised of church parishioners, prepared to deploy to eastern North Carolina, where hundreds of roads remain underwater and emergency officials have urged evacuees to stay away. The storm’s death toll has climbed to more than 30.

“We see Christ in the suffering of our neighbors, particularly the least, the lost, and the left out,” Peery said. Giving in times like these, he said, “is the essence of what it means to be Christ’s body in the world. It’s just kind of basic.”

David Docusen agrees. He and Peery pastor two very different kinds of churches. Peery heads one of Charlotte’s oldest and largest churches (First Presbyterian is nearly 200 years old and has about 2,000 members). Docusen, however, leads Center City Church, a congregation of about 200 people who worship in west Charlotte from a coworking space.

Docusen founded the church in 2010 in one of Charlotte’s most affluent neighborhoods. Then, two years ago, the Holy Spirit, he says, led him to relocate his mostly-white congregation to the city’s mostly-black, mostly low-income westside. Since then, he’s used his pulpit to address poverty, promote racial reconciliation, and forge partnerships with area schools, nonprofits, and businesses to uplift the area.

Those partnerships have been key to responding to local needs after Florence.

“Many of our neighbors are left exposed and vulnerable in times like these,” Docusen said. “Compound that with missed work on hourly wages, and the experience for the poor in our city is extremely different than those with greater financial means. The cycle of poverty is devastating in general, but it is highlighted during crisis moments like this in our city.”

Early last Monday, after a weekend of punishing rain and wind, Docusen mobilized his leadership team to strategize a response. They scheduled meetings with neighborhood associations, reached out to a nearby school, and started raising money to help any in the community who might need it. Docusen also rallied his members, asking any who could to help clear debris, prepare meals for families without power, or lend equipment, such as chainsaws, to assist with cleanup.

“The local church uniquely understands the needs of their neighborhoods because they are close to the most important element of our communities: the people,” Docusen said. “Individual needs are met, and, in moments of crisis, churches become trusted places to reach out for help.”

Meeting people where they are

Kirk reached out to a homeless daytime shelter that lent him cots to accommodate about 20 people. As the storm cut through the Carolinas, the homeless found sanctuary.

“We were able to serve 42 people the first night,” Kirk said, adding that another church opened its doors so homeless men and women could be housed separately. “On any given night, we had 20 to 30 men and 15 women” at the other church.

Despite greater numbers than he expected, Kirk said the church was prepared. He posted about plans for the shelter on Facebook, and donations poured in: food, air mattresses, and other necessities, he said.

And, as torrential rain fell and whipping winds blew, something even more profound happened: 27 people seeking shelter gave their lives to Christ, Kirk said. Another 14 sought deliverance from alcoholism, anger, and unforgiveness. 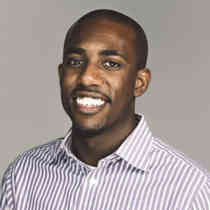 Jonathan McFadden is a former newspaper reporter now writing marketing content for a living. Outside his daytime gig, he manages his own brand storytelling and content writing service, Jon Writes. He abhors clichés, enjoys longform journalism and is habitually longwinded.

One body, many parts: The crucial role of the "faith-based FEMA" after Florence

Special report from Beirut: “This is not just another bombing”

How pro athletes are empowering female and minority entrepreneurs

How Christians are hacking their way to coronavirus help

Millions had risen out of poverty. Coronavirus is pulling them back.

Want to honor a special mother in your life?