This month, we are looking at how you can expand your impact by giving from your business. Today, we’ll focus on business owners who are thinking about selling, taking a detailed look at how planning your giving before the sale can increase your gift.

One decision all successful business owners will eventually face is the prospect of selling the company they’ve worked so hard to establish. While the opportunity to reap the value of their investment is exciting, selling a business is often a complex process with many practical, emotional, and financial implications.

For the Christian business owner, there’s an additional element of spiritual impact. Of all the chances an entrepreneur might have to affect the kingdom and his or her family, the sale of a profitable business can be one of the greatest.

For many, this is the opportunity of a lifetime, and how much can be gained or lost for eternity boils down to this one final business sale transaction. And like all successful business transactions, timing is everything.

Maximizing gain to do more good

Most Christian business owners have ministry in mind when they are contemplating what they will do with the proceeds from the sale of their business. They plan to give a portion of it away once they have liquidated. But while this approach is laudable for its intent, often those owners could maximize their gift by giving the business away prior to sale.

When the business units or shares are contributed to a public charity, they carry with them the capital appreciation that has occurred during the years the business has been held by the giver. Therefore, by giving a portion of the giver’s units or shares prior to negotiating a sale, a giver can maximize her gift-giving ability and therefore maximize the impact of her gift. Since each situation is a little different, every giver should consult with her tax and financial advisors prior to making a gift.

Let’s take a look at an example that illustrates the difference that giving before the sale can often make.

A business owner plans to sell her business and donate 20 percent from the sale to her church and other ministries. Her cost basis in the business is low, which would mean that the sale would result in a significant capital gain. With a combined federal and state tax rate of 20 percent, what she still owes would be significant.

However, if, before the sale, she donates a portion of the business stock representing the percentage of sale proceeds she intended to give away after the sale, the capital gains tax is likely avoided. And she still receives the full fair-market-value deduction for the value of her stock gift. Thus, she is able to give more to her church and ministry work at no additional cost to her family, thereby, turning capital gains into great gains for the ministries she supports.

No doubt, it is a much more effective strategy to make gift arrangements before the sale is agreed upon. This goes for not only the amount an owner may want to give away as an outright gift, but also an amount she may plan to give later. For example, a couple may wish to retain proceeds received from a business sale for one or both to live on later in life. Through a split-interest gift, the tax code provides a strategy that typically works to accomplish this objective. These two concepts – outright gifts and split-interest gifts – can provide solutions to complicated questions at the sale of a family business. The following case study includes these considerations.

A Christian couple can save significantly

John and Sally’s business, a manufacturer of fittings for industrial uses, had expanded impressively over the last 20 years. The couple had personally worked hard to develop the business and cultivate many important relationships with employees, customers, and vendors. They’d reached a point of transition in life, and they wanted to begin engaging in more charitable activities.

Following the anticipated sale, the couple wanted to invest in a charitable enterprise that had been on their hearts for some time. They enjoyed helping young children in the foster care system by providing opportunities for camping experiences in a Christian environment. John and Sally saw that they could minister to the kids in a more meaningful way through these experiences, which offered direct opportunities to share the love of Christ. Beyond this charitable objective, the couple recognized that they were going to need the remaining assets to serve as a retirement fund.

John was intrigued with the advantages of a donor-advised fund (DAF). After first considering the idea of a private foundation, he concluded, for a variety of reasons, that the simplicity and greater tax advantage of a DAF would fit his family’s objectives.

John and Sally began to closely examine the merits of making a gift of stock in their business before selling it. Their advisor made some calculations that revealed this strategy would enable them to give at least 12 percent more. The tax savings could be given to charity by giving away a portion of their estate sooner rather than later.

This was an exciting discovery for the couple. They were exhilarated by the thought of leveraging their God-given, hard-earned assets. Executing this plan, they gave shares into a DAF. Had they done this after the sale instead of before, they would have paid more in capital gains tax and less money would have gone to charity. 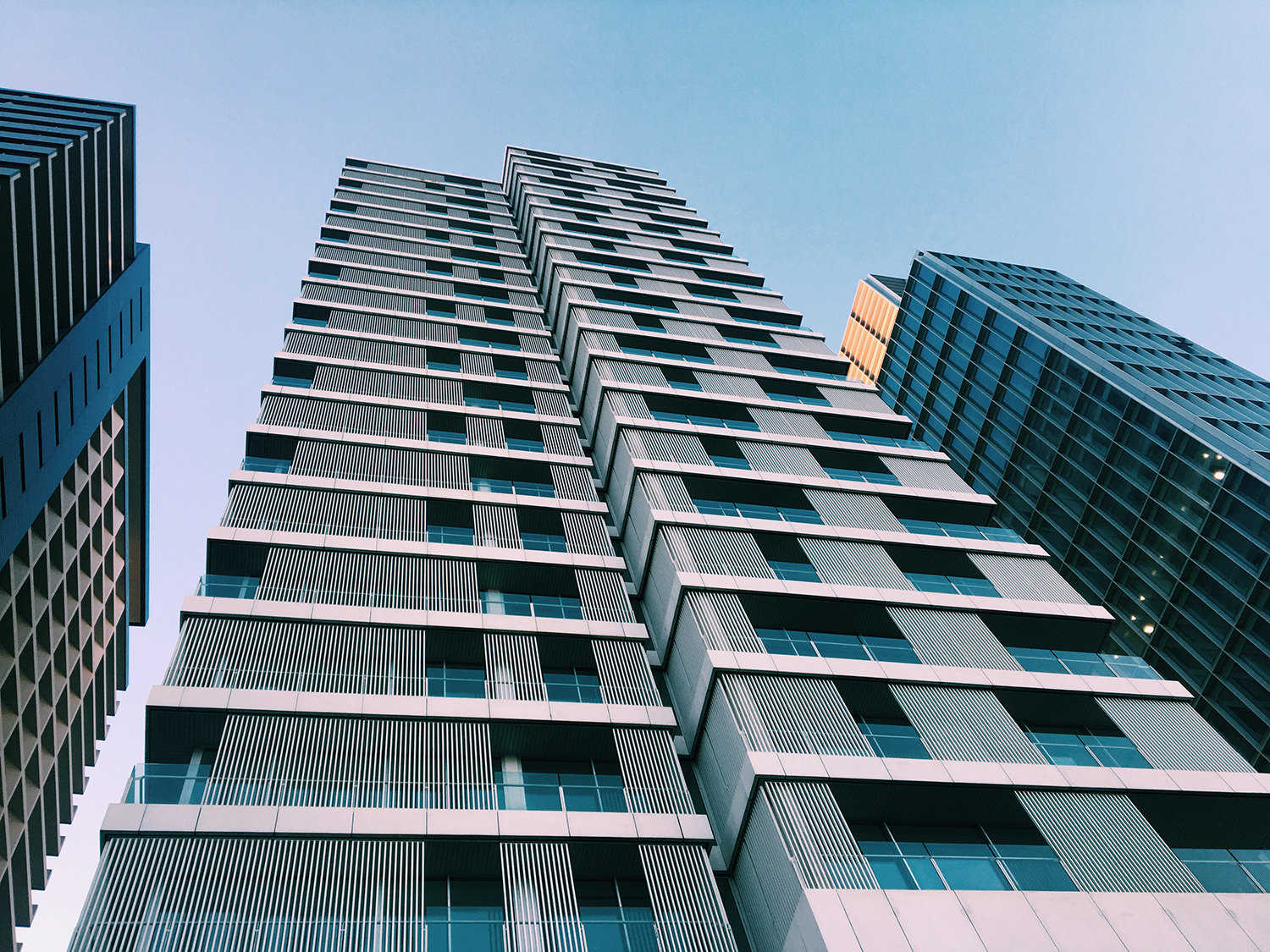 John and Sally were challenged by their advisors to think about the remaining assets and how they might use them. Initially, they were inclined to simply invest and live off the proceeds while they considered retirement options. Their two children were well provided for already, and John and Sally had some concerns about leaving them the entire amount (or more, assuming their investments continued to grow). Their children were responsible, but they had some second thoughts about whether such a large inheritance would be a help or a hindrance to their children’s spiritual and character development and resulting commitment to serving God.

There was also the issue of estate taxes that could take a significant portion of their life’s work. After prayerfully considering these issues, John and Sally came to the decision to limit the estate gift for their children to a smaller amount that would fall under the estate tax exemption amount.

This decision meant that several million dollars or more of what was left would also go to charity at the end of both of their lives – whether that was in the next month or in 30 years.

In counseling with their financial and tax advisor, they were advised to consider creating a charitable remainder trust (CRT). A CRT is a tax-exempt, charitable trust into which donors give an asset – in this case stock in John and Sally’s business. The CRT pays them a predetermined percentage of the CRT assets each year for the remainder of their lives, and after their deaths, the remaining CRT assets are distributed to their DAF or other named charity. This is a “split-interest” type of gift, in which part of the gift is a charitable contribution, and part of the gift is a retained life income for the givers. Because the CRT is a tax-exempt trust, the CRT does not pay capital gains taxes when the stock is sold.

The couple chose a charitable remainder trust, paying them a predetermined percentage of their assets each year for the remainder of their lives, and after their deaths, would be distributed to their DAF or another charity.

John and Sally decided to place several million dollars’ worth of business stock into a CRT and received a life income payment projected to exceed what they currently spent to maintain their lifestyle. And, they still had several million dollars on hand following the sale of their business for outright personal use. Ultimately earmarked for their children, it would continue to work for them in the meantime.

The end result of this planning was that the millions John and Sally initially anticipated paying to the government on the sale of their business was reduced to less than one-quarter of that amount. Some of this reduction was due to capital gains tax savings because of business shares transferred pre-sale to their DAF and to their CRT. More of the tax savings resulted from income tax deductions generated by these charitable gifts. And with thoughtful planning, John and Sally directed more than $1 million to the charities they’d rather support.

John and Sally exemplify one of many families stepping into a new phase of stewardship. By planning ahead, they successfully negotiated the ultimate business sale decision for the benefit of their families and for God’s kingdom.

NCF is a charitable giving ministry that provides innovative, tax-smart giving solutions for Christian families and their advisors. Since 1982, we’ve sent more than $13 billion in giver-recommended grants to 71,000 charities at work in disaster relief, Scripture translation, adoption, homelessness, education, and countless other causes.

Leveraging your IRA for 2021 giving

5 things you can give (instead of cash)

Now is a great time for giving stock

Do you need a Giving Fund? This quiz will help you find out

Video: Experience the joy of greater generosity with a Giving Strategy

International granting: 7 answers to questions you didn’t know you had

5 signs you need a Giving Strategy

I’m not a millionaire: Why do I need a donor-advised fund?

5 benefits of a Giving Strategy

3 tips for building a generous business

Advisors: Help your clients give away more of their money

Donor-advised funds: A resource and a comfort

6 creative ways to optimize your giving

The power of giving the “right” assets to charity