Last September, the American Sign Language Bible was completed, the first full sign-language translation, with many more to go. But some of those others are now in process. People like Ojok Charles, from Uganda, are helping to make it happen.

Ojok is a member of the Ugandan sign language Bible translation team, a video editor. He grew up in Uganda, in the middle of a war. His family moved back and forth between the city and his village to stay safe and hiding in the jungle with his siblings when things got dangerous.

His deafness was caused by malaria at birth. Though they tried, doctors could not help him hear. Below, is Ojok’s story in writing. Scroll down to the video to watch a colleague, Micah Willis, sign Ojok’s story in American Sign Language.

Ojok’s journey, in his own words

Growing up, my days were filled with sadness and disappointment. My face often reflected my feelings as I watched other kids go to school while I was held back. I desperately wanted to be like them. I would ask my mom over and over, but she always told me the same. “You cannot go because you are Deaf,” or “It is not worth sending you to school when you cannot hear,” or “You need to wait!”

We were poor, and paying school tuition for a Deaf person was unheard of. Many thought that Deaf people could not learn.

My early education came from writing words in the dirt. I didn’t have any paper, so the other kids would teach me how to draw the letters in the sand. I was told that I didn’t need an education, but, rather, I should learn how to farm and work the ground. I didn’t like doing that. I actually hated farming as the sun beat on my back all day. But there were no other opportunities for Deaf people.

One day, I asked my uncle, “Who made the trees? Who made the sky?” He gave me a book with a picture of a smiling man. When I asked him who it was, he replied, “Jesus, Jesus.” He pointed to the sky and tried to tell me that this man made everything. He told me about another man named God, who was big and powerful and also in the sky, but I was confused. Still, I loved that book. I didn’t understand any of the words, but the pictures were beautiful.

Every week, while others went to church, I had to stay and work in the fields. I would ask my mom, again and again, to let me go to church. One day, she let me! At church, I saw Jesus on a cross, the same as in my uncle’s book. I didn’t understand the message, but I would ask the other kids, “Is it the same as the book?” I would have to wait to find out.

One time, a missionary group came to our city to show the Jesus Film. The same people in my uncle’s book were in the movie. In the end, I saw Jesus die on the same cross that was in the church. Even though I couldn’t hear the words, my heart listened as this man gave himself up for many.

At that time, I was 14 and still uneducated. We had to move back to the city. One day, while I was out, I ran into a young Deaf man. This was the first time in my life seeing another Deaf person! I couldn’t communicate with him because I didn’t have a real language. The gestures I grew up with were only known in my home with my family. But here was an educated Deaf person, right in front of me.

He wrote some things down on a piece of paper that I gave to my mom. I learned that there was a bus that transported Deaf children to a school for the Deaf. I waited a long time for this day, but I remember how afraid I was. I could only attend school for a short period because my father perished in the war, and we had to move again. We were very poor, and there was no money to send me to school again.

I hung on to a hope of something better, and years later, something happened that did change my life. I was a young man in need of employment, and I found a job working for The Association for the Deaf in Uganda. I stayed there for a while and earned an income. Much of what I made paid for my siblings to go to school. The war made everything hard, but I wanted them to look forward to something better for their future.

That job led me to other good things. Through a series of blessed events, I attended Kenya Bible School, where my long wait finally ended.

I look back and see all the years I had to wait – wait for school and wait to learn about Jesus.

Today, my life looks very different. I am proud to be part of the Ugandan Sign Language Bible translation team. I rise with the sun and make the three and a half-hour walk to work. On a good day, I walk fast and can make it under three hours. But, on the road, I have a lot of time to think and dream, and I look forward to a better future for my Deaf community and me.

Admittedly, there are days when I grow tired and weary, but I press on. Many Deaf people say they need the Bible in a language that they can understand. I know that Jesus is waiting to meet them all!

Why do we need the Bible in more sign languages?

About 70 million people in the world use sign language as their first or only language. It’s their heart language and is deeply connected to their identity. But not all sign languages are the same. American Sign Language is not spoken by most people in Uganda. And those whose language is Egyptian sign do not communicate with the same language they use in Cuba. There are as many as 400 different sign languages in the world, more than 360 of which translators have identified as vital.

Like Ojok from the Ugandan translation team, as many as 80 percent of Deaf children in some countries never receive access to formal education. And, sadly, many have stories like his – learning only bits and pieces about Jesus without being able to put those pieces together … or never hearing the gospel at all. It’s estimated that only two percent of Deaf people are Christians. And missions experts say this is not enough believers, yet, for the Deaf to establish and grow their own churches.

Together, sign-language speakers make up the largest unreached people group in the world. However, because of remarkable collaboration among Bible translation organizations, including those who produce sign-language translations, great progress is being made.

And now that video has become a more accessible format and the internet can make a message spread like wildfire, translations are progressing more quickly. There is great hope that the biblical promise that the Deaf will hear will be fulfilled by the word of God in the language their heart speaks, quite possibly in this generation. 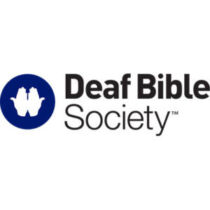