Poverty is cyclical. If your earnings fall below a certain level, the cost of living can make rising to stable financial footing next to impossible, especially when it comes to finding a place to live.

To break this cycle there needs to be some intervention or systems change, and that starts with gaining empathy and understanding into why and how it is expensive to be poor.

When you break down the average American’s monthly expenditure, most of it goes towards housing, transportation, healthcare, childcare, and basic goods such as food and clothing. When we examine the structures in place around financing these needs, it becomes apparent that in most cases, the more money you have, the less expensive it is to afford them.

Access to a line of credit can be a financially beneficial thing, but the system benefits individuals more the bigger their bank account is. Let’s start with the concept of an overdraft fee. While many banks offer overdraft protection and market it as as a service, it can result in the accumulation of fines that make it more difficult to maintain a bank account. If you have insufficient funds in a linked savings account to cover the overdraft, this “service” can cause more harm than good. Overdrafting by $5 results in a $35 overdraft fee. While you gain the $5 good or service you intended on purchasing, you’re paying eight times the price. Had you known you were in danger of overdrafting, you may have opted out of the purchase altogether.

Not only can a $35 fee be difficult to bear for someone struggling to meet their basic needs, these seemingly small fees add up to a staggering total; Americans paid $15 billion in overdraft in 2016. That number is particularly disheartening when you consider the fact that the majority of the profit made by the banks through these fees come from accounts that belong to the poorest of the banked population. To avoid an overdraft fee, one may elect to pay with a money order, which costs roughly $7 at the bank or $1.25 at the post office.

Unfortunately, bank and post office hours often coincide with work schedules, making acquiring a money order difficult logistically. While a $7 fee is far cheaper than what some banks charge in overdraft fees, if you’re able to maintain a high enough account balance you avoid fees like this altogether.

The $15 billion that represents what banks make from overdraft fees in a year is particularly disheartening when you consider that the majority of that comes from accounts that belong to the poorest of the banked population in the U.S.

When the pressure is on for essential needs, many of the financially vulnerable will make use of payday lenders. A payday loan is an incredibly high-interest loan that allows people who are living paycheck to paycheck to have the funds to make ends meet until they get to their next payday. What happens when you have little to no savings and your car, your means of transportation to a job, breaks down? Maybe it’s the middle of winter and not paying a $400 utility will result in services being turned off. The Economist reports that the average interest rate on a payday loan in 2013 was 322 percent, compared to the average credit card interest rate of 15 percent. The exorbitant costs of financial tools geared towards people struggling to remain financially stable is evidence of a broken system.

The exorbitant costs of financial tools geared towards people struggling to remain financially stable is evidence of a broken system.

Housing also proves to be very expensive for the poor. There are a number of poor individuals who are living in temporary residential arrangements, like motels or month-to-month apartments, which charge a higher monthly payment but require no initial move-in fee or deposit. Because many poor Americans are unable to pay a first month’s rent plus deposit, they are stuck making higher monthly payments. Adding insult to injury, many of these more expensive housing options are less desirable and in worse condition than the cheaper options requiring an upfront payment. In many cases, the landlords in these less desirable properties are exploitative. Because of the shortage of affordable housing, they have little to no incentive to improve the properties. So tenants often pay two to three times more on utility costs because of poor home quality.

Say you are having to live in a motel, or you have a home and are unable to pay this month’s electric bill; you either don’t have a refrigerator, or it’s not working right now. Consequently, when buying something as simple as milk for your family, you are forced to buy the 16 oz bottle  instead of a one-gallon jug, because it will spoil if left out. You end up spending eight times the cost per gallon on the purchase. Milk is just one example. There are countless other instances for which being able to buy more of something allows you to pay less in total for that good.

The sum of all of these small costs associated with the need to have sufficient capital up front to save money in the long term is yet another attributing factor to the cyclical nature of poverty that is difficult to break.

The same principle holds true for insurance. Paying a monthly insurance bill is something many impoverished individuals and families are unable to do as they need every dollar from their salary to meet more basic needs. If they face an accident or are slammed with any type of emergency services bill which they need to pay out of pocket, it could take years (or may not ever be possible) for them to find financial stability in their lives. Additionally, because areas with more poverty often have higher crime rates, residents are required to pay a higher premium.

It is a tragic irony that the ability to hold a minimum balance in a bank account, or make monthly payments on such basic requirements as housing, transportation, and utilities, makes it cheaper for the wealthy to participate in the world around them than for those who are counting each dollar to make ends meet.

For this reason, Access Ventures is forming a new initiative around strategically solving the problem. With an issue that is so complex, there is no silver bullet solution, but there are people with ideas. We launched the Reconstruct Challenge with those people and those ideas in mind. The $3-million-prize competition is designed to find and fund innovations addressing the ancillary costs of housing. Six innovations received $300,000 to beta test their solutions over a span of 18 months. After this initial beta test period, the innovations will be reevaluated based on the success of their implementation to tap into our reserve pool of $1 million intended to help their innovations scale.

We took this approach because we know there is a funding gap when it comes to solutions that have potential for huge impact but have yet to be tested. We believe in the power of risk-tolerant capital and hope to deploy it in a way that creates lasting change for those living in housing insecurity. From the “Turbo Tax of food stamps” to a micro-mortgage program, these organizations are working to create a system that better serves all people.

If you have creative ideas to address some of these problems, we want to hear from you. 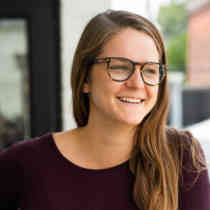 Mallory Sanborn is a senior associate at Access Ventures, leading initiatives around affordable housing and supportive employment. Mallory is a graduate of the University of North Carolina at Chapel Hill with a double major B.A. in Economics and Global Studies and a minor in Entrepreneurship and previously worked for Village Capital and Social Entrepreneur Corps.

Why do we love The Bible Project's newest release?