Hurricane Florence has devastated North Carolina and surrounding areas, and the world’s strongest storm this year, Mangkhut, has been wreaking havoc in the Philippines and southeastern China.

All eyes are on the areas where tragedy has struck, but what happens days, weeks, and even months after a hurricane can be what matters most for the people who remain in these hard-hit areas. As this year’s stories of rescue and restoration unfold, let’s take a look back at what it’s taken to restore clean water and power in Puerto Rico since hurricanes Maria and Irma hit the island last year.

The two massive hurricanes hit Puerto Rico within days of each other last September, and Maria became the worst storm in Puerto Rico’s history. Now that that national disaster is no longer the top news story, it’s easy to forget that there is still work being done; yet there are those who have remained on the ground doing the long-term work it takes to restore the island.

Water Mission mobilized shortly after the storm hit, and their initial assessments uncovered a unique need. Maria had caused the longest blackout in U.S. history, and for entire communities, power would take months to be restored. Hundreds of rural communities had intact water systems which were inoperable because there was no power available.

Power is a part of every water project they plan and implement, so their disaster relief teams started immediately, focusing on reconnecting the existing water systems to reliable power sources. Initially, their work involved installing generators in over 30 communities to restore operation of municipal water systems. Then, they began solarizing existing systems, with the goal of building more resilient communities.

Because they had expertise in solar-power installations, Water Mission was able to help in the middle of this crisis. Working alongside the EPA and FEMA, Water Mission responded quickly to get safe water back into the homes of those affected in 46 communities.

While they worked restoring power and providing desperately needed clean water, Samaritan’s Purse was also providing aid and establishing nine clean-water points throughout the Caribbean that would be a consistent source during the crisis.

In July of this year, Samaritan’s Purse announced a multi-year recovery plan to continue using solar energy to reconnect communities. Franklin Graham, CEO of the organization, said, “It’s important for people in Puerto Rico to know they are not forgotten, and that God loves them.”

As of the writing of this article, Puerto Rico has been without a complete power system for 364 days. (The New York Daily News is running a counter.) But the number of communities without power and water is decreasing. There is hope in long-term solutions, like solar-powered microgrids, which can function independently from the state’s power grid and which Water Mission will be installing through December of 2018.

For vulnerable communities, these microgrids are a big step toward self-reliance. For the people of rural Puerto Rico, these solutions mean that if a storm hits again, they won’t have to wait for months to see power restored and safe water flowing again.

Water Mission and Samaritan’s Purse are committed to seeing Puerto Rico completely restored. The EPA reports that these two organizations were key in helping them from the outset, and they are committed to Puerto Rico’s restoration for the long-haul. 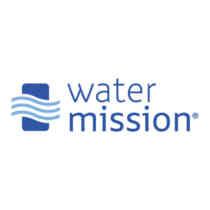 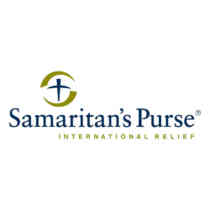 Encountering need: What do you do when someone asks you for money?