Abdul is a Geejh, a member of a Sunni Muslim people group who live in five remote villages in the Caucuses Mountains.* Until that day, he had never heard the name of Jesus, because in 2000 years, no one had ever gone to his people with the Good News. As far as anyone knows, there had never been even one Geejh believer.

But on that day, a team of believers from the capital city, mobilized by a ministry called Engaging Nations and supported by a group of givers who call themselves the “Finishing Fund,” made the treacherous journey through the mountains to Adbul’s village – the first Christian missionaries to ever visit that place. Although they had only been believers for a few years, God had placed on their hearts the desire to take the gospel to five nearby people groups who had never heard the gospel. The team had been praying for their journey, asking God to lead them to a person of peace who would be open to their message.

As they approached the village, they saw Abdul walking by the road with his cattle. They stopped, engaged him in conversation, and began telling him about Jesus. As Abdul heard the gospel, he began to weep, confessing that he was deeply troubled by his sin and had not known how to be free of his burden of guilt. The team shared the good news with him, and Abdul accepted God’s gift of forgiveness on the spot.

He became the first known Geejh believer in the history of the world.

Abdul told his family about Jesus, and his home became the site of the first Geejh church. By God’s grace, the good news is spreading, bringing hope to a people who before only knew slavery to religious ritual – no forgiveness, no peace, no assurance, and no freedom.

The gospel has come to the Geejh.

The Bible calls people groups like the Geejh “nations.” It commands that this gospel be proclaimed to all nations and promises that there will be believers from every nation. But today there are still hundreds of biblical nations who, like the Geejh, have never once heard the gospel. After 2000 years, isn’t it time that they all heard?

Like many of you, for years my wife Gena and I have supported multiple ministries and missionaries around world. But a few years ago, through our friendship with Paul Eshleman of the Issachar Initiative, we began to give strategically to help fund the engagement of unengaged people groups – groups among whom there are no known believers, no churches, and no missionaries. Over several years we were privileged to fund the engagement of a number of people groups in India and Nepal. And through those gifts, we’ve been honored to stand with some of the most faithful and courageous people in the world as they’ve taken the gospel to the unengaged. And we’ve had the thrill of seeing thousands come to faith in Jesus in the groups we’ve helped fund. It’s been amazing.

This photo was taken in early 2014. These young men, whom Gena and I were supporting, had just completed their training and were about to head out two by two to take the gospel to five unengaged people groups in India. When I first saw this photo, I thought of Luke 9:6, “So they set out and went from village to village, proclaiming the good news and healing people everywhere.” It was a scene right out the Gospels – and we were privileged to be part of it!

It was a scene right out the Gospels – and we were privileged to be part of it! 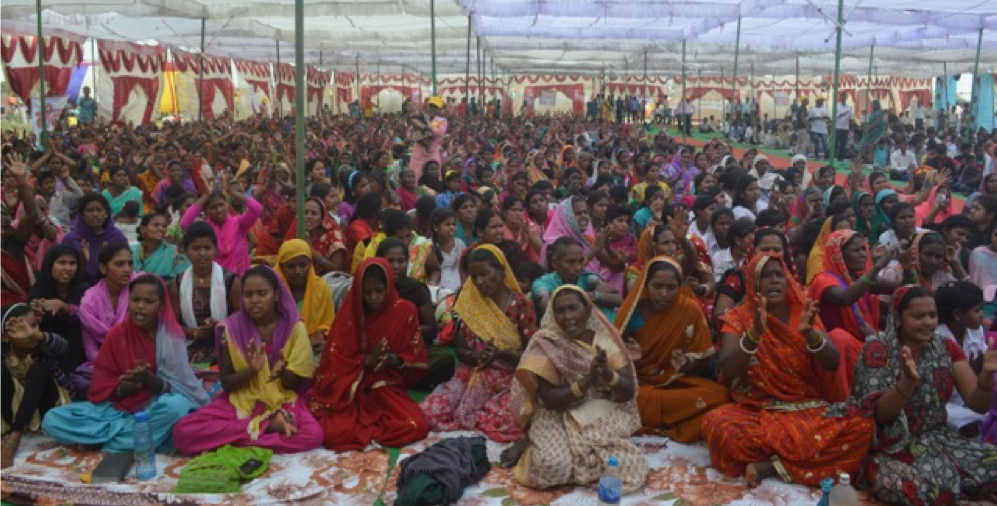 Fast forward two years, to early 2016, and I’m in India. This photo shows thousands of new believers: many the first known Christians from their people groups in the history of the world, and some from the groups that Gena and I had helped engage! In just two years, the gospel had come with power to these people. Standing in front of this great crowd, I thought of Revelation 7:9, “I looked, and there before me was a great multitude that no one could count, from every nation, tribe, people and language …” What a sweet foretaste of that day!

A strategic alliance: Funds for the Great Commission

These experiences led, in late 2017, to the creation of the Finishing Fund – a partnership of kingdom investors giving together to “make disciples of every nation.” The idea was that we would assemble a group of donors with sufficient resources to fund the engagement of the world’s remaining unengaged groups. These partners would pool their money and then make grants to ministries who would launch projects to take the gospel to the unreached world.

The idea was that we would assemble a group of donors with sufficient resources to fund the engagement of the world’s remaining unengaged groups.

We’re what the National Christian Foundation calls a “strategic alliance”: a group of donors pooling their resources to support a cause or need – in our case, the completion of the Great Commission.

We believe our fund helps people who want to invest in this incredible adventure without having to choose ministries or projects on their own. And it allows us to diversify our collective giving across a number of ministries and projects – much like a venture capital fund brings expertise and diversification to start-up investing. For our ministry partners, the fund provides a ready source of available money, so they can focus on new engagement projects quickly, without worrying about taking on months or years of fundraising.

Our mission is to accelerate the completion of the Great Commission, so that there are “disciples in every nation” by 2022. And, so far, God is allowing us to do that: in just two years, we’ve invested $6.2 million in 33 projects in 46 countries, engaging 392 people groups with the gospel. New believers and churches are already reported in hundreds of groups.

In his second letter, the Apostle Peter asks an important question: What kind of people should followers of Christ be? He answers, in verse 12 of Chapter 3. He says we ought to live holy and godly lives, “waiting for and hastening the coming of the day of God….” That’s what we’re working toward: hastening the return of Jesus by making disciples in all of the remaining people groups as quickly as possible. And by God’s grace, we believe that we’re only a few years away from seeing that happen, from seeing more people like Abdul from people groups throughout the whole world come to the saving grace of Christ!

*Abdul’s name and the name of his people group have been changed for his protection. Location in photo not his actual village. 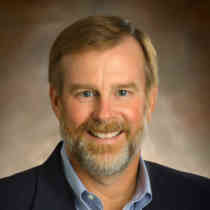 Doug Cobb is the managing partner of the Finishing Fund and the author of And Then the End Will Come: The Completion of the Great Commission and Nine other Clues That Jesus is Coming Soon (AndThentheEndWillCome.com). You can reach him at dcobb@finishingfund.org.

Church planting to the ends of the earth: A body of believers in every place