On her travels through the Middle East, Patricia Holt met generous refugee women who would capture her heart for decades. Little did she know that the love they ignited in her would lead her to another woman who loved refugees just as much as she did … all the way back in her own country.

In 1982, I traveled to Amman, Jordan, joining my husband on his first overseas hydrology consulting assignment. While he was working, I had the luxury to indulge my lifelong interest in arts and crafts. As I explored the city’s galleries and shops, I became captivated by the counted cross-stitch textiles created by local artists – women living in Palestinian refugee camps. Soon I met Leila Wahbeh, who was my entrée to the camps and the artists.

As I visited the camps, my understanding of hardship greatly enlarged. Here were families – penniless yet generous with hospitality, holding fast to hope. Before long, I recognized that the loss I witnessed applied to worldwide victims of war and chaos. My heart opened to all displaced people, especially the women and children who were utterly vulnerable.

Years later, after my husband had passed away, I was living in Atlanta, Georgia. A short drive away, in Clarkston, I found a large and diverse refugee resettlement program. Hoping to volunteer on behalf of refugees, I contacted several local agencies.

I found the right fit with Denise Smith and Peace of Thread, a nonprofit she had founded. Denise and a wealth of volunteers were teaching refugee women to sew one-of-a-kind handbags, making use of sewing machines donated by local residents and high-end fabrics given by local retailers and designers. Immediately, I was hooked on their work and their story.

I learned that in 1997, Denise and her husband Art had lost their teenage son and other relatives. Grieving and exhausted, they sought a change of scene, which they found living and working in the mountains of Lebanon. For six years, Denise served a Christian organization’s staff and volunteers who in turn served villagers in selected Middle Eastern locales. When she and her husband returned to the Atlanta area, Denise used the skill in speaking Arabic she had acquired abroad to engage with refugee mothers in Clarkston. She sought to continue the fellowship she’d enjoyed with families in the mountains where she and Art had lived.

As Denise and then Art came to know Clarkston’s refugee families, their innate desire to serve inevitably emerged. Denise met refugee women unable to work due to language and other barriers but eager to connect to their new community and contribute to their families.  Accomplished at sewing, Denise offered to teach the women to sew, and from her initial offer, Peace of Thread was born. 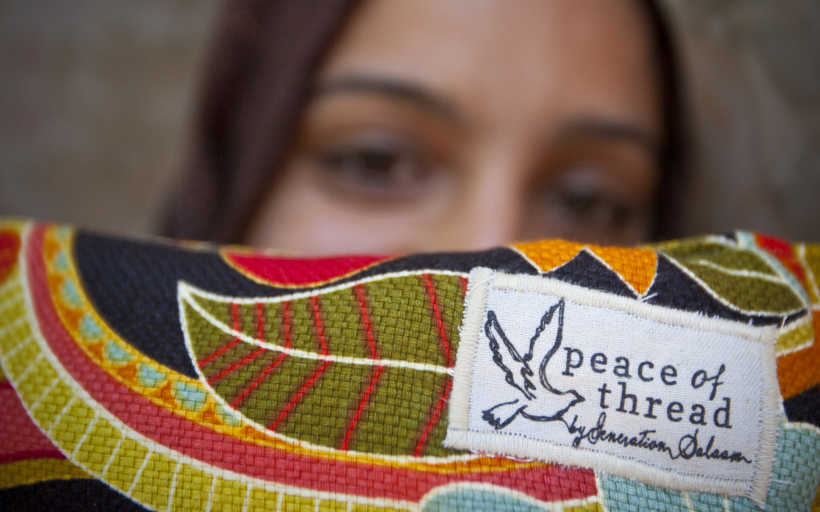 The women who sew the beautiful items at Peace of Thread cannot be photographed in full, for fear of retaliation against family members who are still remain in their home countries.

Today, Art teaches nights at a trade school for refugee men near Peace of Thread. Through their attention to their refugee neighbors, the Smiths have been a force behind a network of assistance that complements the services of refugee resettlement agencies and local organizations. Too often, Denise and Art found, resettled refugees find themselves frozen rather than enjoying a new life in which family, friends, work, and affinity groups interweave to create a true home.

Peace of Thread weaves together the stories of Afghan, Iraqi, Somali, and Congolese women whose lives have been uprooted by conflict and persecution, women who’ve lost family members, homes, and support systems. These are courageous women who arrived in the United States sometimes after living years in limbo – with an imperfect knowledge of our language and misunderstandings of our culture.

In the embrace of Denise and a circle of volunteers, these refugee women have learned a wealth of new skills and have become, once again, contributing members of their families and vital members of their US communities. The project in Clarkston has sparked an offshoot in Memphis, Tennessee, and I hope its story inspires individuals, small groups, and nonprofits everywhere to make similar efforts. The time I’ve spent with Denise has reminded me that love and acceptance are the first steps. After that, even the simplest acts of kindness can be profound.

Peace of thread also weaves together the voices of refugees and of women and men who support the refugee community. I am awed by their bravery and fortitude and amazed by their love.

We sometimes think we volunteer to make a difference in the lives of people less fortunate than we are. We seek out projects half-a-world away from our homes and make enormous investments of time and money.

I believe such projects are vital. At the same time, though, I fear we may overlook how we can contribute to the quality of life of those very near us, in small ways, through actions that take only small investments of time and are nearly cost-free. My hope is that you will look around you, starting from home, to open the vast world available to those who will be united by love. 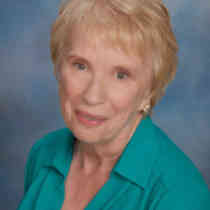 Patricia Martin Holt is an award-winning American author, living and writing in Atlanta, Georgia. Her forthcoming book, Empower a Refugee: Peace of Thread and the Backyard Humanity Movement, tells the stories of refugees resettled in Clarkston, Georgia, a community near Atlanta representing 53 three nations.

How feedback helps nonprofits and funders lift up clients as heroes