A group of givers became aware that human trafficking was happening in their town, and they wanted to take action to stop it. But there were already so many nonprofits. They needed something else.

They wanted something collaborative that would bring the nonprofits together to create and execute a movement-minded strategy.

“We have this dream that sexual exploitation would end,” says Heather Tuininga, one of those concerned givers who is now the director of SAFE in Washington. It was a shared dream, so they banded together and worked out a plan.

Steve Esau, a member of SAFE’s advisory board, says he became aware of human trafficking in places like India and Thailand about 10 years ago, but he quickly realized that it was happening in our country too.

“It’s happening in our hotels in our cities. It’s happening in massage-parlor brothels, and it’s happening in the back rooms of bars,” Heather says. “It’s sort of easy to ignore if it feels like it’s over there. But now it’s right here, and these girls are my sisters and granddaughters and daughters, and we can’t ignore it anymore.”

“The thought of a girl on our street in Seattle thinking – as she’s being abused 10-15 times a day – not believing that anybody in this world cares about her? It blows my heart up,” Steve says.

They decided they were sick of it and that they had to do something. But they didn’t need another nonprofit, because there were plenty of those. They wanted something collaborative that would bring the nonprofits together to create and execute a movement-minded strategy.

They started something called SAFE – Strategic Alliance to Fight Exploitation. But then they needed a way to make SAFE run without becoming another nonprofit that would just compete against all the other nonprofits.

“What if we look at NCF?” Heather thought. “There’s lots of other donor-advised funds out there that we could’ve used, except that NCF is the only one that will allow multiple donors to give to a Fund in a really fluid way.”

“There’s lots of other donor-advised funds out there that we could’ve used, except that NCF is the only one that will allow multiple donors to give to a Fund in a really fluid way.”

Others will do it, but you have to write checks, and it’s super complicated, Heather says. They make it very hard to make something like this. By contrast, NCF said, “Yeah, no problem. We’ll put a donate button on your website, and it’ll go straight to your Fund.”

“It was just an obvious application of stuff we’ve been working on for a long time,” says Kendra VanderMeulen, President of NCF Northwest. We care not just about serving our donors (which we love) but serving the orgs that they love.”

So the SAFE model happened. Heather describes it as an hourglass. Donors give into a fund, and then the fund gives it out to fight sexual exploitation in the state of Washington. It all works because of a donor-advised fund.

Steve says it allows them to operate lean. “We don’t have to spend all the money on becoming a nonprofit.”

“NCF does all the backend for us,” Heather explains. “So it’s super inexpensive for us to do this work. That allows us to send almost all of the money that comes in out to the movement, out to the most critical needs, so that girls and women don’t have to be sexually exploited anymore.”

Now they’re seeing demand go down in their state, which is cause to celebrate. Steve says that in three years, the tables have been turned. Victims aren’t being blamed anymore, and men are being arrested when they exploit women. “Three years ago, there were 10 girls arrested for every one man. In three years, it’s completely reversed itself,” he says.

“What I believe we have here is a movement-funding machine. You could use it to fund any movement out there.”

NCF has been the key to making the whole model work, Heather says. She believes it’s a model that can stop human trafficking around the country. Not only that, this model could work for any issue, she says.

“What I believe we have here is a movement-funding machine. You could use it to fund any movement out there.”

“Our prayer and our hope would be that any state in America could take this model and run with it,” Steve says. “We don’t want to compete for the money. We want to bring it in and then let it go.”

SAFE is a spark, Heather says. “And if we can get sparks out across this country, it’ll become a flame. And it can change everything. If we can fund [the organizations doing the work] and resource them to do more of their work, fewer women will be sold for sex every day, and that matters.”

For more information, check out SAFE, or if you’d like to replicate SAFE in your region, contact Connie Hougland: chougland@ncfgiving.com. 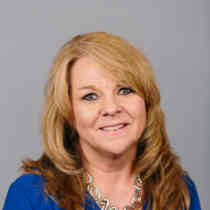 Connie Hougland is Vice President of Ministry Services at NCF's Heartland office. She teaches, trains, and coaches ministries on business practices – from board governance and strategic planning to fundraising and development.

How to make a city SAFE: Understanding the human trafficking trade (part 3)

How much do you know about human trafficking (and what are you doing to help)?

3 times human trafficking was stopped in its tracks

Tragedy and hope for Joy

Australia burning: How you can help

Giving together to finish the Great Commission

The third finish line: A body – a church – in every place

The second finish line: A Bible for every people group

All the easy places are taken: The risk of reaching the unreached

The first finish line: Believers in every nation

Inviting the world to coffee: A couple’s commitment to refugees

Thank you! Look for Saturday 7 in your inbox soon.